Uploaded On 12 March 2014 by paradoxman316 This is hopefully going to be the game changer. If it goes as intended, there will be funding for humanitarian missions and release of all the technologies that have been suppressed by the criminal element that has tried to control the world for so long, such as the oil industry, the pharmaceutical industry, the food industry, and, most important, the corporate government industry. Many things have to be worked out as cooperatively as possible; and I’m sure there will continue to be challenges. This is only one step, albeit, an important one. I don’t have all the answers; but I am willing to share my perspective with the hope that I can help people get a clearer picture of where we may be headed.

UPDATE: As expected (see my analysis of ocean currents and drift-time below), the purported debris was a false lead. The revelation that the automated ACARS was still sending data on the Rolls Royce engines is not surprising given what else is known, nor is the Malaysian claim that the data is false. Engine data indicates Malaysian plane flew four hours after disappearing

Tagged 13 March, 2014, Disclosure, Earth, news, spiritual, Spiritual evolution, What Happened To Flight 370? An Analysis Of What Is Known, World, Zerohedge

We would suffer too many subdural hematomas if we were to comment on this most recent outbreak of the “idiot meteorologist” syndrome by Bank of America below. Our internal BAC card (debt and credit) retail ex. gas spend data for the first week of March again showed only a modest 1.7% increase relative to the same period last year. While last week’s growth was the same as the 1.7% YoY increase reported for the month of February, it was still significantly below 4.9% YoY growth rate during the first week of March last year. However, once again adverse weather potentially impacted spending last week, as the storm “Titan” moved across the US over the weekend of March 1st and 2nd and was followed by yet another cold spell. Temperatures subsequently rebounded this week, suggesting this week’s reading could provide a cleaner read of the underlying spending trends.

Comments Off on ZeroHedge – Bank Of America Finds No Spending Pick Up In March, Blames Storm – 13 March 2014

But symbols have no inherent power.

They have power only when people believe in them. In which case it’s the belief that is the power.

Just as important, symbols have no inherent meaning. They only have the meaning given to them.

So, for example, the famous eye and pyramid mean zero. Zilch. They only have meaning because Masons and other groups have assigned it. END_OF_DOCUMENT_TOKEN_TO_BE_REPLACED

A 6.3 magnitude earthquake has struck off the south coast of Japan, 13 kilometers north of the city Kunisaki-shi, located on the southern Kyushu Island, according to the US Geological Survey.

The epicenter fell at a depth of 82.9km, striking off the coast at the intersection between Kyushu, the main island of Honshu, and Shikoku, at 2:06 a.m. on Friday (1706 GMT on Thursday).

A 6.3 earthquake is capable of causing ‘serious damage’, according to the USGS, while earthquakes measuring between 6.0 and 6.9 on the Richter scale can be felt up to hundreds of kilometers from the epicenter.

Comments Off on 6.3-Magnitude Quake Strikes Off S. Japanese Island Of Kyushu – 13 March 2014

Australia has approved plans to buy several Triton drones to patrol the country’s borders at a cost of US$2.7 billion. The government believes the drones can help to prevent illegal immigration.The fleet of giant, hi-tech drones will be used “to secure…ocean resources, including energy resources off northern Australia, and help to protect our borders,” Australia’s Prime Minister Tony Abbott said, authorizing the move Thursday.Asylum seekers frequently attempt to enter the country from Indonesia and Sri Lanka on unsafe boats, which are frequently turned back or sometimes sink offshore, resulting in dozens of casualties.

Comments Off on Drones Over Down Under: Australia To Spend $2.7Bn On Border UAV Patrols – 13 March 2014 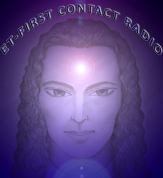 The Show starts on the times shown below.

Friday the 14th March 2014. is our new radio show episode, make a note and listen in! Call in with your questions!

END_OF_DOCUMENT_TOKEN_TO_BE_REPLACED 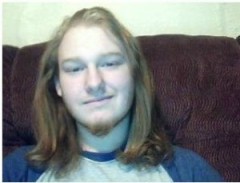 The Spirit World Chronicles is an ongoing series based on channeled accounts of what the afterlife is like. Some of the material examined in this series dates back to nearly a century ago, and the referenced sources discuss a wide range of topics that have to do with life after death and the conditions of the realms beyond. END_OF_DOCUMENT_TOKEN_TO_BE_REPLACED

Comments Off on Wes Annac – The Spirit World Chronicles: Every Transition Is Unique – Part 1/4 – 13 March 2014

Posted on March 13, 2014 by lucas2012infos | Comments Off on International Journalists Refute Claims Of Russian Forces In Crimea – 13 March 2014

Western media and the self-proclaimed government in Kiev are ranting about the “Russian invasion” in Crimea. However, international journalists on the scene are struggling to find any evidence of these claims and paint quite a different picture.

“When I traveled to Crimea, I expected to find what I saw back home: images of a mighty Russian military storming Ukraine, of protests and politicians claiming that an invasion was taking place right in front of our eyes,” journalist Manuel Ochsenreiter told RT in Simferopol. “I confess I did see one Russian tank [a war memorial], but it has been here since the 1940s.”

The city is the region’s capital, and has seen many photos of men wearing military uniforms emerge online, with claims that they are Russian soldiers.

“I saw people who admit they aren’t soldiers, even though they wear uniforms and they are armed,” the journalist told RT.

Also on the ground is journalist Ryan O’Neill, who is in Sevastopol, and who told RT there is indeed a military presence in the city – but completely legal.

“It [the military presence] has been here for ages, and that’s because this is the home of the Russian Black Sea fleet, which has been legally based here for years,” O’Neill said.

Read the full story at: www.rt.com/ link to original  article