Lisa Gawlas – The Magnetic Pull To The Other Side And Some ET Information Too! – 16 March 2014

Are you feeling the magnetic pull of the equinox yet??  Emotions running amuk?  Body aches?  Ears ringing off the hook?  Intense head spins or headaches?  Feeling like you don’t even know where solid ground is any longer?  Believe it or not, you are in the greatest alignment with your Self that you can ever hope for.

The way I am seeing this equinox energy, the magnetic pull of it, imagine you are a heap of metal in an open area and someone turns on the strongest magnetic field you ever witnessed.  Suddenly, that metallic heap, your body and life, are being pulled up and out of the place it was in, bit by bit, and recreated, reformatted as it moves upwards over the magnetic field of energy and (will eventually) settle down on the other side, new.

I have to share a visual from one of yesterdays readings, I know what is happening to her with this intensity is not funny at all, but the image is now burned in my mind’s eye!!  She was up in a tree branch way off the ground.  The branch itself was placed under her dress from bottom to neck and there she was, dangling from this branch face down in direct alignment with the magnetic pole of the equinox.  The magnetic force of all that was moving to the other side was pelting her.  And yet the tree itself made sure she knew it was supporting her, at least until the ground was solid enough on the other side of the equinox energy to be set back down upon.  Of course, in our reading about a week ago, I was shown even before our connection, an emotional upheaval in her world.  I seen it like tornado plucking up some grass, roots and all out of the ground.  What I didn’t realize was that plot of grass was her, herself.  But she did confirm that this past Monday her emotional field went crazy.  Sadness and crying and stuff.  And now she is stuck in a tree!!  But that’s a good thing really.  At least she won’t be like a scene from the movie Gravity, floating about in the abyss.

The majority of people I had connected with yesterday were in that gravitational pull to the other side of the equinox.  I had one lady whose entire energy field looked like a large fishing net, golden in color, in a heap on the ground near the equinox itself.  I watched as the gravitational pull seemed to create a loom like energy that took her netting, spread it out left and right and started moving upwards.  I never seen a loom in the reading, but the way she was being presented, I know weaving looms even when I don’t see them.

The frustrating part was all we got to see was this side of the equinox and not the outcome of the other side.  Of course, I started to place myself into (loving) bitch mode until the field explained why my vision was stopped at any given area.  The further out in our (perceived) time I go (am able to see) affects the present moments energy.  Because so much is changing and speeding up on the other side of the equinox, my vision is held back at certain points (depending on who I was reading.)

I did have this one precious lady who gave us just a little glimpse of the other side.  She opened up quite strangely.  There were four tractor-trailer tires all stacked up on each other directly in front of the equinox.  She was in the middle of these tires, climbing upwards and outwards.  My first thought was…. how the hell do I interpret tractor-trailer tires, I have never seen them in a reading before!!  Seems her soul light already a plan, on the ground just on the other side of the equinox, was this beautiful go-cart with massive tires on it.  The tractor-trailer tires she was climbing up from.  The bars of her go-cart was a beautiful blend of lavender and violet, representing her energy as she readies herself for a new, exciting adventure.  Her team told her this go-cart was her tool set to move forward in.  The super large tires will assist her in moving over the bumpy parts with ease and not getting stuck.  The movement forward will be much more fluid than it has getting to here, and they even put a helmet on her head, which really surprised me since the field has been warning us that our “buffers” are being removed as we get into April.  The helmet was protection from her expanding consciousness and the activation points that will be triggered rapidly.  So her helmet was in place to allow the activation’s and expansions without doing harm to the body and most especially the head/brain.

Nice to know we are not just being completely kicked out on our own!!

I also want to mention something that came thru my email yesterday.  I have mentioned in previous sharings that our ET friends seem to be coming out of the woodwork to connect with their human alliances in readings.  I also mentioned that most of these Beings, pretty much all of them except the Plieadians, I have no prior contact or even understanding of, so they struggle to communicate thru me, to get their messages to their point of contact (whomever I am reading for) on earth.

I had a man that I read for about a week ago (time blurs so much these days) that had the presence of this ET sending out their communication signal to him.  They gave me a glimpse of what they looked like, barely a glimpse as my antenna had not ever connected with their frequency, so i was upgrading on the fly… but they were red in body.  The fragments of information I was able to translate was this is their first time on earth, that prior to this monumentous up-shift (in frequency) on earth, they had not ever been able to step foot in our atmosphere.  They hovered and communicated from above our atmosphere, but could not “land.”  They also kept trying to transmit where they were from… the most I could hold was the first two letters “An….” something or another.  What felt like three syllables, but that middle one kept coming thru in a very strange energy packet, their language.  After much frustration on both of our parts (mine and the ETs) in getting a flipping word transmitted, that red Being finally said “he can just call me Ferdinand.”   I had to laugh, he surely doesn’t look like a Ferdinand, but at least I understood the name enough for my precious guy to call him something.

Let me tell you, especially with this ET stuff, I appreciate validation as much as anyone would.  My man sent me an email yesterday that just made my heart sing and a huge wave of relief (that I didn’t get it wrong) thru my soul.  Let me share:

I enjoyed the reading. I hope that you are doing well. The name Ferdinand has come through years ago. And I remembered this after our phone call. Here is something that I found (jpeg) about red ET’s. I am using the Ferdinand name as a link toward communication. 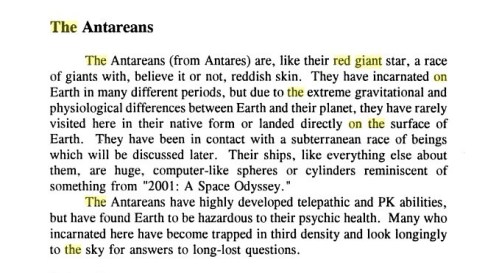 This is from the ebook (which is available online, just click the title link to access it  —>) “Life On the Cutting Edge” by Sal Rachele.

My precious man also gave another, very informative link from the same man (Sal Rachele): The Truth About ET’s.

Ohhhhh, things are sure getting interesting and even more than that, they are getting REAL!!!  ’Bout damn time too!!

On that note… until tomorrow.  I love you all so very much, thank you for patiently enduring my own processes as we go.

P.S.  Speaking of ET’s, I took a picture of the sunset last night, it was so different in both visual and feel that I had to upload it to facebook to share.  A dear friend left a comment that has stuck with me since she said it:   Lisa, that’s no ordinary cloud…..you are being watched over by those who have been connecting with you recently. Not a cloud…. A Lightship! Although it appears as a dark cloud, it’s form and density….oh Hell…..ITS A SPACE SHIP! Trust me on this!    Like I said before, I am not as ET enthusiast as some are (hell I have enough time trying to translate the language of light of your soul) but I am feeling her truth.  So let me share it with you too: 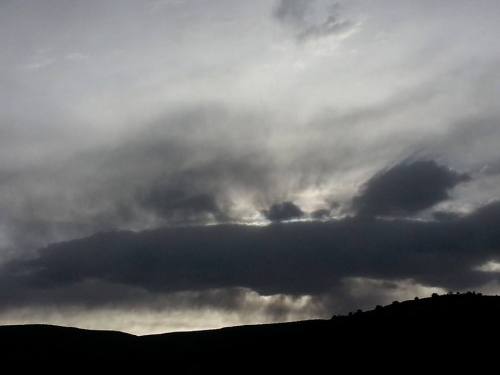 Like Loading...
This entry was posted in Article, channelings, Links, reblog and tagged 16 March, 2014, channeling, channelings, Disclosure, Earth, Lisa Gawlas, news, spiritual, Spiritual evolution, The Magnetic Pull To The Other Side And Some ET Information Too!, World. Bookmark the permalink.