“During the past couple of days Jews in one of the cities were sent letters that they should declare themselves as Jews. The letter also contained threats.”

“By 2014, after all the lessons that history has presented to us, it is not just unacceptable. It is – absurd. This is – beyond acceptability.”

“People involved in this kind of activity on both sides need to understand that there is no place for this.” END_OF_DOCUMENT_TOKEN_TO_BE_REPLACED 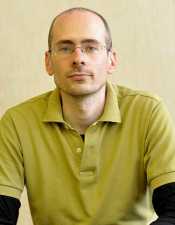 In this blockbuster interview, Dr. Meryl Nass of AnthraxVaccine.blogspot.com joins us to break down the FBI’s attempt to pin the blame for the 2001 anthrax attack on Dr. Bruce Ivins. We go through the FBI’s case against Ivins and dissect it point by point, looking at the inconsistencies, omissions and misconceptions that have allowed the Bureau to sweep this incident under the rug in recent years. END_OF_DOCUMENT_TOKEN_TO_BE_REPLACED

Welcome to http://NewWorldNextWeek.com — the video series from Corbett Report and Media Monarchy that covers some of the most important developments in open source intelligence news. This week: END_OF_DOCUMENT_TOKEN_TO_BE_REPLACED

Uploaded on 18 April 2014 by Carl Boudreau I explain my reasons for being optimistic about the near future and defend my rights to be optimistic. It’s not really a question of “being optimistic” or “looking on the bright side” though. It’s about seeing what’s there in the charts.

Deeply loved and beloved souls upon the Earth, I bring forth to you my love, truth and consciousness to share openly with you as I exist here as a loving brother to your soul. I am Master Jesus and I come forth to speak with you of the Year of Intense Illumination which is entering into your reality and presence now. As I open my heart to you sharing all that I am and the wisdom drawn forth from the Creator for this sacred time on the Earth, I ask you to open your heart chakra to me so I may lovingly and gracefully transfer all that needs to be imparted and activated within your being. Let us commune with open heart chakras bringing freedom and expansion to all I share and all you experience. END_OF_DOCUMENT_TOKEN_TO_BE_REPLACED

ZeroHedge – De-Escalation Off: US Deploys Troops To Poland – 19 April 2014

So what part of “All sides must refrain from any violence, intimidation or provocative actions,” did the US not understand when they decided that deploying troops to Poland was in keeping with the four-party deal? As WaPo reports, Poland and the United States will announce next week the deployment of U.S. ground forces to Poland as part of an expansion of NATO presence in Central and Eastern Europe in response to events in Ukraine.

Comments Off on ZeroHedge – De-Escalation Off: US Deploys Troops To Poland – 19 April 2014

For the first time, Russia has confirmed that it has built up its military presence on the Ukrainian border (according to Agence France Presse). On the heels of the de-escalation and the West’s threat of tougher sanctions (if Russia failed to abide by the new ‘deal’), Kremlin spokesman Dmirty Peskov told Rossiya TV that “we have troops in different regions, and there are troops close to the Ukrainian border. Some are based there, others have been sent as reinforcements due to the situation in Ukraine.” Reuters also reports that Washington statements “are unlikely to help dialogue,” and further sanctions would be “absolutely unacceptable.” It seems the ‘deal’ has done little to calm anything but the US equity market as Peskov blasted “You can’t treat Russia like a guilty schoolboy.”

ZeroHedge – Guest Post: Why The West’s Financial Warfare Against Russia May Lead To The Real Thing – 19 April 2014

The revolution in Ukraine and Russia’s illegal annexation of Crimea have generated a serious security crisis in Europe. But, with Western leaders testing a new kind of financial warfare, the situation could become even more dangerous.

A democratic, stable, and prosperous Ukraine would be a constant irritant – and rebuke – to President Vladimir Putin’s autocratic and economically sclerotic Russian Federation. In order to prevent such an outcome, Putin is trying to destabilise Ukraine, by seizing Crimea and fomenting ethnic conflict in the eastern part of the country.

Comments Off on ZeroHedge – Guest Post: Why The West’s Financial Warfare Against Russia May Lead To The Real Thing – 19 April 2014

Posted on April 19, 2014 by lucas2012infos | Comments Off on ZeroHedge – “Hillary For President” Fundraiser Busted For Illegal Campaign Contributions – 19 April 2014

If you listen carefully, you can hear the stampede of politicians distancing themselves from their once best-friend – Hotel magnate Sant Singh Chatwal – as AP reports, he plead guilty Thursday to charges he secretly funneled more than $180,000 in illegal campaign contributions to three unnamed candidates and coached someone to lie about it. Without the contributions “nobody will even talk to you,” Chatwal said. “That’s the only way to buy them, get into the system.” Welcome to the ugly truth of American politik.

A group of scientists and food activists is launching a Thursday to change the rules that govern seeds. They’re releasing 29 new varieties of crops under a new “open source pledge” that’s intended to safeguard the ability of farmers, gardeners and plant breeders to share those seeds freely.

Here is the transcript from the radioshow

Read the full story and listen to the audio at: www.npr.org/ link to original article