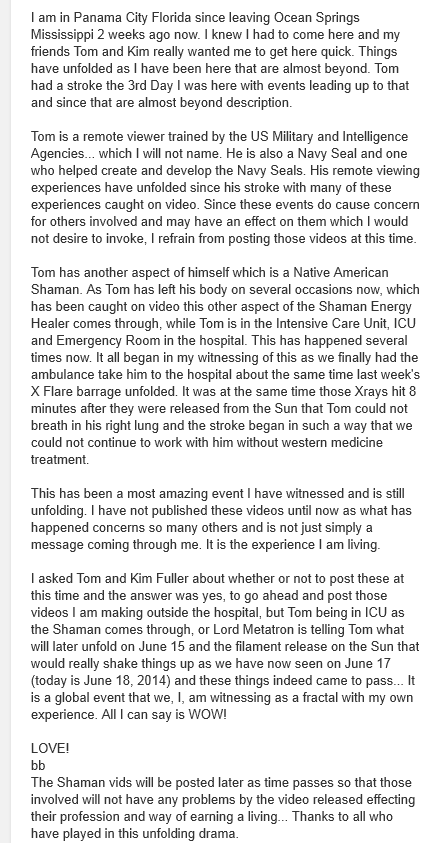 I help you absorb all impurities and transmute them as they make way for more pure energy to remain in your Light Bodies. I implore you to stay within these higher aspects of yourself, in the pure energies of your True Divine Essence, and to welcome all impurities to show themselves to you and thus be lighted and transmuted to clear the way for your Emergence into the higher dimensions. END_OF_DOCUMENT_TOKEN_TO_BE_REPLACED

UK Prime Minister and German interior minister have warned on Wednesday that Islamist fighting in the Middle East is going to directly affect Europe as jihadists are going to carry out attack on the European soil too.

The UK Prime Minister, David Cameron, said Wednesday that Islamist insurgents in Iraq were planning to attack Britain and that the world could not sit back and let militants do as they please in “ungoverned spaces.”

Cameron hit back at critics who have said western powers should leave Iraq and the Middle East to their own devises.

Comments Off on ‘Deadly Danger’: UK And Germany Warn Of Islamist Fighters’ Plans To Attack In Europe – 18 June 2014

Following the capture of the suspected ringleader behind the 2012 attacks on the American consulate in Benghazi, the Libyan government has criticized the United States for the raid and demanded the return of the suspect.

In what marked the country’s first official comments on the American operation, Libya’s government said that any trial regarding the alleged crimes of Ahmed Abu Khattala, whose apprehension was announced on Tuesday, should take place in Libya and within its court system.

“The government stresses its right to try Abu Khattala on its territories and according to its laws,” the government said in a statement read on Libyan television, as quoted by the Associated Press.

Comments Off on Libya Demands Return Of Benghazi Suspect, Slams US Raid As Attack On Sovereignty – 18 June 2014

A former director of the Goldman Sachs Group, Rajat Gupta, has begun a two year prison term for sharing confidential information. He still faces a fine of $13.9 million, and is banned from acting as an officer of a public company.

Gupta, 65, went to jail on Tuesday, almost two years after a US Court convicted him of passing confidential information he got during Goldman Board meetings to Raj Rajarantam, the founder of the Galleon Group hedge fund.

Gupta lost both a criminal and a civil case, concerning what he did when on the Goldman Board, and was ordered to make $6 million restitution to Goldman Sachs and pay a $5 million fine.

The Canadian government has given thumbs up to the ‘Northern Gateway’, a $6 billion oil pipeline project headed by Enbridge Inc. which will supply oil and petroleum products to meet growing Asian demand.

The proposed pipeline would on average transport 525,000 barrels per day from oil rich northern Alberta 1,777 kilometers across two provinces to the Pacific port town of Kitimat in British Columbia.

The new pipeline will be able to deliver Canadian oil to energy hungry Asia, mainly China.

By Lucy Tobin
Serco’s new chief executive Rupert Soames has taken direct control of the outsourcer’s scandal-struck Australian business and is splitting up its rail joint venture with Abellio in a new overhaul.
Read the full story at: www.independent.co.uk / link to original article

TheIndependent – Andy McSmith’s Diary: On The Impeachment (Or Not) Of Tony Blair – 18 June 2014

Sir Peter Tapsell, the venerable Tory MP, opened Prime Minister’s Questions by suggesting that the Commons “commence the procedures of impeachment” against Tony Blair for “allegedly misleading the House” over the Iraq war, 11 years ago.

Comments Off on TheIndependent – Andy McSmith’s Diary: On The Impeachment (Or Not) Of Tony Blair – 18 June 2014

The idea that the Great Depression was finally brought to an end by the onset of WWII has been a staple of history textbooks, documentaries and various war propaganda for decades. This myth continues to be perpetuated to the present day. END_OF_DOCUMENT_TOKEN_TO_BE_REPLACED

Comments Off on James Corbett – The Corbett Report – No, WWII Did Not End The Great Depression – 18 June 2014