The upcoming new moon energetics want to take the new seeds you plant for your life and for this world into the flow of creation.  If old stuff has been brought to closure there is a new  opening. The probabilities and possibilities you take into the equation of the flow will bring what is needed on your path.

It is often after bumpy rides or lots of difficult challenges a clearing brings things into a new space or level of experience. There is enough that past your thoughts and senses these last months. Still there is always something or someone who shows you what is possible in a new way. You only have to see, hear or sense it. END_OF_DOCUMENT_TOKEN_TO_BE_REPLACED

Posted on June 27, 2014 by lucas2012infos | Comments Off on Linda Robinson – Message From Archangel Zadkiel – Keeping Your Energetic Channels Clear – 27 June 2014 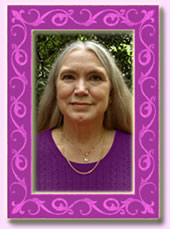 This is Archangel Zadkiel, along with Lady Amethyst, and we greet you with Love and Light from the Seventh Ray of Transformation and Manifestation.  We are being joined by Sananda (Yeshua) to discuss keeping your energetic channels clear.

The incoming energy is providing you with many opportunities to move to higher levels of being and to experience new insights and awakening.  This process is much easier when your energetic channels are clear and free from old or outdated ways of thinking and being. END_OF_DOCUMENT_TOKEN_TO_BE_REPLACED

For the first time ever Chinese warships are taking part in the world’s largest naval drills: the Rim of the Pacific Exercise (RIMPAC), biannual US-led training of Asia-Pacific regional navies traditionally conducted off the Hawaiian Islands since 1971.

RIMPAC will last for over a month, from June 26 to August 1.

Originally, the invitation to take part in RIMPAC was sent by then-Defense Secretary Leon Panetta in 2012. China accepted the invitation in 2013, but due to legal restrictions the Chinese role in the drills is limited to relief operation training.

The self-proclaimed people’s republics of Donetsk and Lugansk promised to observe a ceasefire until June 30, according to the prime minister of the DPR Aleksandr Boroday.

Anti-government activists will start negotiations with Kiev only after the latter withdraws the Ukrainian military, the National Guard and Right Sector squads from the territory of the self-proclaimed republics, Boroday said.

“We don’t agree that the Ukrainian side can take the three checkpoints mentioned [by Kiev as part of the ceasefire],” said the prime minister of the Donetsk People’s Republic as cited by ITAR-TASS, referring to the Dolzhanskoe, Izvarino and Krasny Partisan checkpoints bordering Russia.

Comments Off on Anti-Kiev Forces In E. Ukraine Pledge Ceasefire Till Monday – 27 June 2014

And really practice being in the present moment: what is true right now and how do you want to feel right now. END_OF_DOCUMENT_TOKEN_TO_BE_REPLACED

Nationalist party LDPR deputies have drafted a law on private military companies to the regional legislature of North Russia’s Pskov. If approved, the draft will be forwarded to the federal parliament.

The authors of the document claim it was born out of the necessity for capable and specialized commercial organizations to enforce national interests in cases when international politics or law prevent the government from using regular military forces.

“The crisis in Ukraine in which the provisionary government in Kiev is actively using Western military contractors in its interests, demonstrate the acute necessity for similar institutions in Russia,” reads the explanatory note published by the Pskov regional legislature.

The Eastern Partnership must include Russia, Turkey and other Eastern European states and not be selective as it is nowadays, creating a new Baltic Sea, Caspian Sea, Black Sea arch, MEP Tatiana Zhdanok told RT.

RT:You’re the only MEP to sign this statement against the Association Agreement with Ukraine. Why have none of your colleagues joined you?

Tatiana Zhdanok: No, it’s just for the reason of the parliament not convened now. We are starting a new composition of the Parliament and it will start its work on July 1, that’s the problem. The people who signed this declaration are the members of the Sofia Club, there is a former member of the European Parliament from Italy, as well as politicians from 7 EU member states and some Eastern partners, so this is our common position which will be joined by certain colleagues within the European Parliament next week when we start our work. We just repeated the position of the Sofia Club politicians made in October last year, that the Eastern Partnership Program shouldn’t be some kind of creation of new Baltic Sea, Caspian Sea, Black Sea arch which repeats an Iron Curtain or Berlin Wall, that the partnership must include Russia, Turkey and other Eastern European states and not be selective as it is nowadays, as it was also before the Vilnius summit. Now all these events in Ukraine show that the position of the Ukrainian people is just not what President Poroshenko said. The society is extremely divided and it is not well-informed what the consequences will be for signing this trade agreement. I am an MEP elected in Latvia in 2004 just after Latvia joined the EU, and the Latvian people know very well these consequences. We lost our economic independence completely.

Author : Beginning his working life in the aviation industry and trained by the BBC, Tony Gosling is a British land rights activist, historian & investigative radio journalist.

Will the Savile scandal be the last top establishment cover-up to see the light of day?

We heard this week yet more horrors about the BBC presenter, ‘volunteer hospital porter’ and prolific child abuser Jimmy Savile having molested living patients at 28 separate hospitals, as well as testimony that he gained access to at least one mortuary to sexually abuse corpses. But despite Savile having up to a thousand victims, it was only due to the immense courage and persistence of a handful of selfless journalists that the devastating story of Britain’s most prolific ever pedophile and child abuser saw the light of day.

Comments Off on Jimmy Savile: ‘It Couldn’t Happen Again.’ Yes It Could And It’s Probably Happening Right Now – 27 June 2014

‘With Maliki Staying In Govt, The Splitting Up Of Iraq Is Inevitable’ – 27 June 2014

Unless something miraculous happens in the parliament in Baghdad, and they choose a different Prime Minister, which probably may not happen, it is very likely that Iraq will split up, former security policy analyst at the Pentagon Michael Maloof told RT.

RT:Kurds don’t like the Baghdad government and have long wanted it gone. Why would Washington and Britain try and change their deep-seated position now?

Michael Maloof: It is not going to change. I think the Kurds see a golden opportunity to declare their independence; they have already announced that they are going to have a referendum. They do have a choice, they can either do that or do what Kerry wants, and work with the government in Baghdad with the hope that it will get more favorable treatment than it had in the past. It is clear that Maliki has been resistant to that, the Kurds are Sunnis and Maliki is very recalcitrant towards the Sunnis generally. And of course the Kurds just recently took over the area that surrounds Kirkuk, it got much more territory which is a foundation for ultimately building an independent Kurdistan. I think that while they listen politely to Secretary Kerry, I think they have their own interests in mind and that’s what they are going to pursue.

Comments Off on ‘With Maliki Staying In Govt, The Splitting Up Of Iraq Is Inevitable’ – 27 June 2014

The Canadian Biotechnology Action Network (CBAN) is calling on Health Canada to place a moratorium on approving new genetically modified (GM) foods, to re-evaluate the safety of GM foods already on the market, and to initiate a complete overhaul of the regulatory system.