Comedian Russell Brand used his web series The Trews to blast Fox News’ Sean Hannity for “using intimidation, bullying” and overall hypocrisy during a segment in which the conservative host berates a pro-Palestinian guest about Israel’s offensive on Gaza.

A recent segment on Hannity’s show is prefaced with the host asking why “is America’s largest Muslim so-called civil rights group [the Council on American–Islamic Relations or CAIR] showing sympathy to terrorists? Let’s have a debate.”

Brand notes that Hannity was “already being unreasonable” in how he was framing the “debate,” adding that the Fox host “wants conflict” rather than peace between Israel and Palestinians.

Nearly every criminal case the FBI and US Justice Department has reviewed during a major investigation that began in 2012 regarding an FBI lab unit has involved flawed forensic testimony, The Washington Post reported.

The review – originally spurred by a Post report in 2012 over flawed forensic testimony by Federal Bureau of Investigation lab technicians that may have led to convictions of hundreds of innocent people – was cut short last August when its findings “troubled the bureau,” according to the Post. The review was ordered by the Justice Department (DOJ) to resume this month, government officials said.

Most of the defendants in cases that involved possibly-botched testimony over microscopic hair matches were never told that their case was part of the review, which includes 2,600 convictions and 45 death-row cases from the 1980s and 1990s. In these cases, the FBI’s hair and fiber unit claimed it found a match to crime-scene samples prior to the age of DNA testing of hair.

END_OF_DOCUMENT_TOKEN_TO_BE_REPLACED

Bankers who cheat the system could face jail time and be forced to forfeit pay packets, under new rules unveiled by the Bank of England on Wednesday to stamp out financial mismanagement.

Under the new plans to curb bonuses, misbehaving bankers will also have additional pay packets clawed back for up to seven years by the Prudential Regulation Authority (PRA), the BoE’s primary banking watchdog.

The BoE also announced plans to prohibit discretionary payments in banks bailed out by taxpayers, and to introduce greater ethical standards for those working in financial services.

A German hospital has agreed to treat Ebola patients amid widespread fears of a possible outbreak of the deadly disease in Europe. Over 670 people have already been killed by the disease in West Africa with doctors struggling to control the epidemic.

A German hospital in Hamburg agreed to accept patients following a request from the World Health Organization (WHO), Deutsche Welle reports. Doctors assure that the utmost precautions will be taken to make sure the disease does not spread during treatment. The patients will be kept in an isolation ward behind several airlocks, and doctors and nurses will wear body suits with their own oxygen supplies that will be burned every three hours.

German authorities were expecting the arrival of Sheik Umar Khan, an Ebola expert who caught the disease while treating patients in Sierra Leone, but he died before he could be transported.

This is Archangel Zadkiel, along with Lady Amethyst, and we greet you in Love and Light from the Seventh Ray of Transformation and Manifestation.  Today we are being joined by Sananda (Yeshua) to discuss expanding your energetic channels. 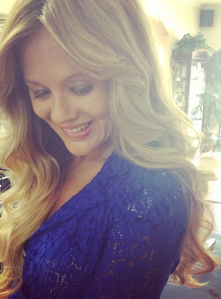 Goodmorning to all the readers. I am back…and will be now weekly!  I sit this morning pondering the vastness of the divine.  With the permission of my client, I wish to share a story with you today.  This client has a son with severe behavioral problems.  When I would coach her with disciplinary tactics, she would share that she was afraid of “breaking his spirit” or being unkind.  She feared that if she set boundaries with him, it would be unkind.  Now by no means would I recommend any type of corporal punishment to her, but when it came to not letting him play that day if he continued disrespect to her, and act out, that was another story.  Boundaries were an important part to getting peace in her life, and his life.  He needed the boundaries or he actually on an unconscious level would feel unsafe, and lack respect for her.  Many of my adult clients who have parents that did not show strength in their energy while they were growing up, look down on their parents now because it is part of our nature when developing to want to be shown the way and feel protected and safe, as well as be given clear messages on how to be.  The children look to us on how to be in the world and to show true strength in character.  The question is: what is strength?