Let us have discourse on the quality of love known as purity. Purity is the light of one’s soul expressing its divinity through the body and the mind. Purity follows the dictates of inner guidance without allowing thoughts of the carnal mind. Purity is the ability to choose between right and wrong actions as one follows the dictates of one’s divine nature of one’s own accord. Purity is the only thing that can sustain one’s divinity. Purity is tremendous power. Each individual can accomplish anything with purity. If there is no purity, there is no certainty, there is no spontaneity and there is  no constant flow of divinity inside one’s being. When an individual is pure, they gain everything. If they can retain their purity, they will never lose anything worth keeping. They allow the Holy Spirit within them by dwelling about things that please the Spirit. The more they foster and develop divine purity within them, the more their inner strength becomes greater. They do not allow themselves to be conformed to the ways of this world, but are transformed by the renewing of their mind when outer world thoughts assail them. They know that the will of God is all that which is good, acceptable and perfect. They have purity in their thoughts, in all that they say and do, all that they feel and all that they are. END_OF_DOCUMENT_TOKEN_TO_BE_REPLACED

Bank of America, the second largest US lender is close to ending a landmark deal with US authorities to pay up to $17 billion – a record fine – to the Justice Department over its role in the 2007 financial crisis.

If completed, it will be largest single compensation settlement, surpassing the$13 billionJPMorgan Chase agreed to pay in 2013.

The compensation will come in two parts: $9 billion in cash and $7 billion in consumer relief, such as modified home loans and refinanced mortgages, the Financial Times cites people familiar with the matter.

Kiev has suspended a ceasefire with the self-defense forces at the site of the Malaysian Airlines plane crash in eastern Ukraine, after the international recovery team searching for victims halted their efforts over security concerns.

The fighting is now feared to escalate as Kiev seeks to regain control over the area largely controlled by militia.

According to an in-depth investigation conducted by Channel 4 News, government computers were recently utilized to add inaccurate data to a Wikipedia page documenting Jean Charles de Menezes’ death. De Menzes was shot and killed by Metropolitan Police officers at Stockwell tube station in 2005.

Official state computers were also reportedly harnessed to edit the pages of Damilola Taylor, a 10-year-old Nigerian schoolboy who was murdered in Britain in 2000, and Lee Rigby, the 25-year-old victim of the 2013 Woolwich terror killing.

ZeroHedge – Nigeria Declares State Of Emergency: “Everyone In The World Is At Risk” From Ebola, CDC Issues Level 1 “All-Hands Call”- 7 August 2014

Posted on August 7, 2014 by lucas2012infos | Comments Off on ZeroHedge – Nigeria Declares State Of Emergency: “Everyone In The World Is At Risk” From Ebola, CDC Issues Level 1 “All-Hands Call”- 7 August 2014

(Lucas: Indeed a convenient steering towards classifying it pandemic… and taken over with FEMA…. Be cautious of course but also discern en know……)

With over 932 dead, the US Centers for Disease Control and Prevention has issued its highest level alert for an all-hands on deck response to the crisis in West Africa (that is spreading across the world). While President Obama proclaimed we are prepared and itis “not easily transmitted,” it appears that is not entirely true. Meanwhile, CDC Director Frieden’s “deep concerns” have been confirmed as Nigeria’s health minister has declared a health emergency as the deadly Ebola virus gained a foothold in Africa’s most populous nation, according to news reports. Nigerian authorities moved quickly late Wednesday, gathering isolation tents as five more cases of the Ebola Virus were confirmed in Lagos (the world’s 4th most populous city with 21 million people). Most international flights from West Africa are also now screening passengers.

Comments Off on ZeroHedge – Nigeria Declares State Of Emergency: “Everyone In The World Is At Risk” From Ebola, CDC Issues Level 1 “All-Hands Call”- 7 August 2014

Tagged 2014, 7 August, CDC Issues Level 1 "All-Hands Call", Nigeria Declares State Of Emergency: "Everyone In The World Is At Risk" From Ebola, Zerohedge

Do you think all bizarre human symptoms must be caused by a germ?

Read this, from the Journal of Applied Nutrition, Volume 15, 1962, “Have We Forgotten the Lesson of Scurvy?” by WJ McCormick, MD (reprinted at selene river press): END_OF_DOCUMENT_TOKEN_TO_BE_REPLACED

Comments Off on Jon Rappoport – Ebola: 100 People From Beverly Hills Starving In A Rat-Infested Apartment – 7 August 2014

This month on the Geneva Business Insider, James and David discuss: the latest on the ongoing Ebola outbreak in West Africa and the decision to send infected patients to Germany and the US for treatment; the conflict in Gaza and what it has done to the population of the world’s largest open-air prison; and the latest moves on the Eastern European chessboard as Putin bristles at Poland’s “Ukraine invasion” fears. END_OF_DOCUMENT_TOKEN_TO_BE_REPLACED 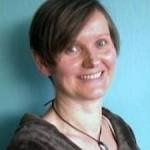 As you all know by now, the highway lies before you ready to be taken into full use. And what do we mean by that? Simply that now it is up to each and every one of you to determine the speed you want to go at, for this time, there will be no limits at all as to how fast you can proceed into this brand new territory that lies before you. You see, the gates are open and the signal has been given, and as such, you can take off at any time you want now. And the more you allow the underlying currents to push you in the back, the faster you will find yourself barreling down this highway to the future. END_OF_DOCUMENT_TOKEN_TO_BE_REPLACED

Humanity’s evolution has been on a set course for centuries of your time, but in the past few decades, the timetable for your ascension was sped up as your consciousness continued to rise, thanks in part to the incarnations of a plethora of lightworkers and starseeds who’ve come to the earth to raise the collective vibration. END_OF_DOCUMENT_TOKEN_TO_BE_REPLACED

Comments Off on Wes Annac – Oversoul Teachings: Humility Is A Strength – 7 August 2014

Previously, we learned about the qualities of Bhakti Yoga, which is known as the path of devotion, and I’d like to continue discussing devotion here. Personally, I think it’s a very helpful and important divine quality that helps us find Source in a deeper way, and the more committed we are to the spiritual path, the further we’ll naturally go. END_OF_DOCUMENT_TOKEN_TO_BE_REPLACED