TheIndependent – David Blanchflower: The Bank Now Admits Pay Growth Is Going To Be Poor. They Should Have Listened To Me – 17 August 2014

Posted on August 17, 2014 by lucas2012infos | Comments Off on TheIndependent – David Blanchflower: The Bank Now Admits Pay Growth Is Going To Be Poor. They Should Have Listened To Me – 17 August 2014

Quote: In its February 2014 Inflation Report the Bank of England’s Monetary Policy Committee argued that the outlook was “for only modest rises in wages”.

Comments Off on TheIndependent – David Blanchflower: The Bank Now Admits Pay Growth Is Going To Be Poor. They Should Have Listened To Me – 17 August 2014

Tagged 17 August, 2014, David Blanchflower: The Bank Now Admits Pay Growth Is Going To Be Poor. They Should Have Listened To Me, Disclosure, Earth, news, spiritual, Spiritual evolution, TheIndependent, World

Posted on August 17, 2014 by lucas2012infos | Comments Off on Pakistan’s Imran Khan Calls For Tax And Bill Boycott, Demanding Resignation Of PM – 17 August 2014

Pakistan opposition leader and former cricket star, Imran Khan, has called for Pakistani residents to stop paying their taxes and utility bills in an anti-government protest aimed at bolstering his efforts to force Pakistan’s prime minister to resign.

“After two days … your time is up,” Khan told a thousands-strong rally in the capital, Islamabad, reported Reuters. “We will go for civil disobedience and will not pay taxes or utility bills till the time Nawaz Sharif resigns,” he announced.

Police estimates have said that some 55,000 people have occupied two central streets as part of two concurrent protests in the city. Both Khan, and the second protest leader, cleric Tahir ul-Qadri have said they will stay in their positions until Prime Minister Nawaz Sharif steps down.

THE GREATEST NEED OF THE HOUR

Each and every one of us has been preparing for this moment for lifetimes. This is the time referred to, in one way or another, by every world religion. It is known as “The time of screaming and the gnashing of teeth.” Do you have any doubt about that? If so, just turn on the news and witness the atrocities Human Beings are actually willing to inflict on other Human Beings. These horrific and astonishing behavior patterns are being inflicted by the very basest level of consciousness associated with Humanity’s fear-based human egos. This lowly aspect of Humanity’s personality is the last vestige of our fall from Christ Consciousness, and it is fighting tooth and nail to maintain the power it usurped from us when we fell from Grace aeons ago. END_OF_DOCUMENT_TOKEN_TO_BE_REPLACED 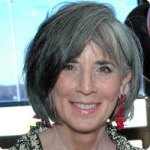 Dear Ones, again we greet you at this time of accelerating Light energy on earth. Much higher dimensional energy is flowing and being received by all who are receptive. Many still refuse to acknowledge and accept the gifts of spirit being offered at this time but that is the blessing of free will for no one need do anything if they choose not to. All who are open and receptive are now experiencing the increasingly intense light energies physically, emotionally, and mentally. It is a powerful time to be on earth and many who wished to be here, stepped aside for those who could carry and add more light to the evolution of mankind. END_OF_DOCUMENT_TOKEN_TO_BE_REPLACED

Comments Off on Marilyn Raffaele – The Arcturian Group – 17 August 2014

I have decided, I better really watch what I say and how I say it.  I have been calling this moon, the 2nd super moon in a 3 month period, the creamy middle.  Well, knowing the universe hears us literally (and yet they speak in metaphors and symbolisms, go figure) the turned me from a solid into something that could resemble paste.  Upper chest congestion, sinus congestion, watery eyes, blocked ears and not only did all this affect my vocal chords, for the past 5 days, it completely froze them up.  I had zero audibility, no rasp, no horse, just no sound period and I had to dig deep within my lungs to produce a whisper.  I have spent the last two weeks cough at the moon all night and sleeping the better part of the day.  For the first week and a half, I didn’t complain much since I was still able to vividly see and understand all that was happening inside of me.  But the last 3-4 days I was completely in the unplugged zone, which really let the “i feel sorry for myself” emotions come up to the surface and poke at me.  At least my team didn’t have me wallowing there.  Each time a sad emotion came up, they threw me lines from our past.  For example, I realized I have once again traded off being with my kids and grandson for yet another upgrade.  Its been since January since I last seen them and I had plans on going the beginning of next month, that is until I went into the garage again!  I wasn’t so much complaining as I was just feeling really sad about another month going by and not seeing my grandson.  Every time that sadness came up (it only lasted one day) my team echoed words from the past: END_OF_DOCUMENT_TOKEN_TO_BE_REPLACED

Comments Off on Lisa Gawlas – Allowing For Changes – 17 August 2014

It’s been awhile since I posted a garden update, but that’s not for lack of things going on in the garden. On the contrary, I’ve been too busy doing to post about doing. Here are some recent photos and commentary: 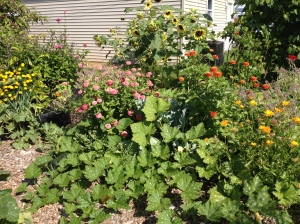 These backyard raised beds are humming with activity and color. You can also just catch a peek of the goji berry bushes against the neighbors’ south facing garage.”
END_OF_DOCUMENT_TOKEN_TO_BE_REPLACED

Dear Jaqual, I have not contacted you in a few days. Yes, I have been busy, but I also know that you are going into battle. I always hide my eyes when I watch movies or shows when the “battle” begins. However, I have always been interested in the military, likely that interest is because of my unconscious memories of you and Mytre. With that said, I am ready to ask you to continue the story of your going into battle. END_OF_DOCUMENT_TOKEN_TO_BE_REPLACED

y thoughts tonight are with the people of Ferguson. As disturbing as it has been to see the speed with which the police transformed from the role of protectors to militarized aggressors, dressed and armed ready for war, as sad as it has been to realize how deep racism and discrimination still is, it is simultaneously crucial that these things are being revealed to the rest of the country, and world, albeit under tragic circumstances.

The shooting didn’t create these issues….it highlighted them for all to see. Many had no idea that the police are capable of responding as they are now, sending tear gas and army tanks into crowds of innocent people, but they have been trained all over the country to respond in exactly this way. The people have a right to know that, and have a right to say “This is not how we want to run our society.” END_OF_DOCUMENT_TOKEN_TO_BE_REPLACED

Let us begin this missive by saying that you have entered another one of those intense phases, where you will be as if churning in and out of a veritable maelstrom of different frequencies. This may sound more than a little daunting, but believe us when we say that you have all been well prepared for such an intensely transformational upheaval such as this. For once more you stand on the threshold of a huge leap in you vibrational frequencies, one that will bring you up to par as it were with so much of your ethereal surroundings. In other words, we think you will find yourself in familiar fields in a very short time from now, as what has been initiated now will indeed transport you if not physically then at least energetically to those lofty abodes you so hanker for. END_OF_DOCUMENT_TOKEN_TO_BE_REPLACED

The UK government is being taken to court over its continuing multi-million pound program of selling arms to Israel after claims they could have been used in Gaza. Unless it stops, its issuing of licenses to arms manufacturers will be legally challenged.

The lawsuit comes from the UK-based Campaign Against Arms Trade (CAAT), which is represented by law firm Leigh Day. The firm wrote to the UK’s business secretary, Vince Cable, stating that the government was acting unlawfully and that a judicial review of its activities would be carried out if it refuses to stop the exports, the Guardian reports.

“If arms from the UK are being used to commit crimes against humanitarian law, and human rights law, then export licences for these materials must be revoked immediately,” Rosa Curling, of the human rights team at Leigh Day, said in a letter obtained by the newspaper.