John Ward – Opinion: Before Taking Sides, Be Sure To Take All The Necessary Readings – 15 September 2014 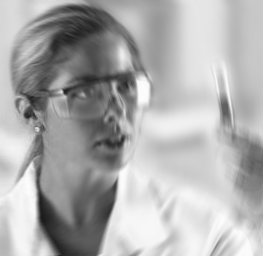 I posted some weeks ago to the effect that the most common reason for slaughter on our planet is ‘Taking Sides’.

I did not mean by this that one should never take sides. When expansionist gangsters take over a country, sooner or later they will visit yours…and you have to take sides. This rule applies whether the mobsters are Nazis, the Soviet Union, Jihadists, Globalists, or Ostrogoths.

My point was this: the days of black hats and white hats have gone – for the time being. Long, long before taking sides, ask two questions of the person or ideology trying to recruit you:

Where are you from, and what do you want? END_OF_DOCUMENT_TOKEN_TO_BE_REPLACED

Comments Off on John Ward – Opinion: Before Taking Sides, Be Sure To Take All The Necessary Readings – 15 September 2014

The last Gate-wave was quite intense. Gratitude to all who assisted in opening up gates and portals to bring in this New Light. It was intense work which held many personal revelations. There was a deep relief as the Gateway energies anchored after the SuperMoon.  It may feel like a deep sense of peace, a sudden release of stress or worry, or a profound state of revelation beyond the veils, depending on your journey. END_OF_DOCUMENT_TOKEN_TO_BE_REPLACED

Uploaded on 15 September 2014 by We Are Change Edinburgh
END_OF_DOCUMENT_TOKEN_TO_BE_REPLACED

US Supreme Court Justice Sonia Sotomayor has voiced concerns that, without sufficient protections, the age of unmanned drones and ubiquitous surveillance will usher in an “Orwellian world.”

Sotomayor told faculty and students at Oklahoma City University last week that technological capabilities allow devices to monitor “your conversations from miles away and through your walls.”

“We are in that brave new world, and we are capable of being in that Orwellian world, too,” she added, in a nod to George Orwell’s seminal authoritarian-dystopia novel ‘1984.’

Sotomayor also discussed the rise of drone use in wider society.

UK airstrikes against Islamic State extremists in Syria could be illegal without the agreement of President Bashar Assad’s government or a UN Security Council resolution, according to a House of Commons Library assessment.

Prime Minister David Cameron will recall MPs to parliament to outline his plans for deeper military intervention in Iraq and Syria when he returns from the UN General Assembly in New York next week.

The House of Commons Library paper, however, says air strikes in Syria “will be difficult to justify legally” unless the Syrian president requests assistance from Western powers, as Iraqi President Fuad Masum has.

Urgent action is needed to determine the nature and scale of sexual abuse in Britain’s penal system, a leading prison rights group says. The plea follows recent estimates that hundreds of inmates in the UK are subject to rape and sexual assaults annually.

Drawing from surveys conducted by prison inspectors, the Commission on Sex in Prison estimates one in every 100 UK prisoners suffer sexual abuse at the hands of fellow inmates or prison staff each year. The statistics were published on Monday in a briefing paper conducted by the body entitled’Coercive Sex in Prison’.

Established by leading UK charity, the Howard League for Penal Reform, the commission is comprised of academics, former prison governors and health experts. The group’s most recent briefing paper suggests rape and other forms of sexual violence in UK prisons are rife, with as many as 1,650 inmates being targeted annually.

Iran has refused an offer from the United States to join a global alliance preparing to combat Islamic State militants, according to Iran’s supreme leader, Ayatollah Ali Khamenei.

Khamenei said Monday that the US offered to discuss a coordinated effort with Iran against Islamic State (IS, also known as ISIS or ISIL), a common foe in the region, in the midst of an escalating campaign of violence that continues to claim lives across Iraq in Syria.

“The American ambassador in Iraq asked our ambassador (in Iraq) for a session to discuss coordinating a fight against Daesh (Islamic State),” said Khamenei, the state-run Islamic Republic News Agency reported, according to Reuters.