John Ward – Indyref Scotland: If Only Alex Had Run On A Hygiene & Holidays Ticket, He’d Be Home & Dry By Now- 18 September 2014 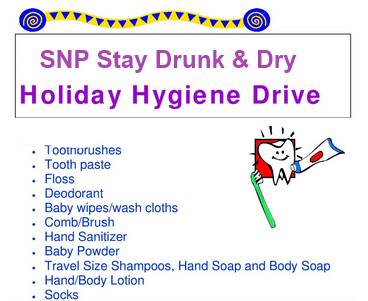 Always give the your customers the right change

They’re over the last hurdle and galloping for the the photo-opp finish. Although Gordon Brown didn’t fall as such (nobody called a bigot, no claims to have saved the world) it did fall to the former Helmsman to make the most predictable promise of the campaign.

When, all those years ago, Call Me Dave got himself elected leader of the Conservative Party, there were many of us who thought he might be a breath of fresh air….as opposed to enough hot air to sustain a Virgin Round the World balloon. The moment at which I realised I’d been backing the wrong horse was when – at the first Tory Conference with Cameron in charge – the dominant slide behind the rostrum throughout the week was one which simply said Change. This is, let’s face it, Zen politics: whatever kind of change you want, we’ve got it: loose change, weird change, total change, smashing change, awesome change, the changing of the Guard, or change for the better. Or as Neil Kinnock might have said, “Lovely lovely lovely change boyo, lots and lots of lovely change”.

So it was that, earlier this week, Broon did his usual thing of being five pages behind the music. He was, after all, the man who started gibbering globalglobalglobalglobal just as the rest of us began to have doubts about it. Now he promised his fellow-Scots change as if he’d just thought of it. But Gordon’s was an eclectic sort of change.

It would be, he proclaimed, “safer change, better change, faster change and friendlier change”. Safer yet faster. Faster yet friendlier. Altogether better. A sort of very careful Formula 1 driver who smiles all the time Change.

The chaps up top with little up top seem to think change is what we want, but there are two flaws in the way they go about it. First of all, any change that we want is ignored in favour of change they want; but equally important, much of the evidence we have on this issue suggests most British voters don’t want change very much at all. On the whole, it seems to positively terrify us.

After Maggie finally tripped over her handbag, John Major won the next election against all the odds by saying the only good change was gradual change. Tony Blair learned the lesson well, and eventually won in 1997 by saying there would be no change at all – except that involved in making things better. He won the two following that one by saying nothing at all. “Everything good about Britain is the same as it ever was,” he said hilariously during 2002, “except better”. No change is better change: you know it makes sense.

Virtually nobody wants climate change, which – coming from Manchester – I find surprising. Aside from a plague of red hot burning boils, any change in the Mancunian climate would be a step in the right direction. It looks obvious too that only a major climate change is going to get things moving on the long-overdue human evolution project.

But nobody really likes to live through changing times: it usually means everything from losing your job via having to move house to standing in a trench being bombarded. It’s why there’s so much denial of it happening right now on numerous levels; and it’s why the Establishments in danger of being disestablished are so good at hiding it – for they understand that their electorates want to believe the current status quo will continue. Hence the wartime poster, ‘Keep calm and carry on‘. Hence 20% of Greeks still voting for Samaras the Human olive stone.

Aside from the obvious ‘change for the better’ (now done to death) I can think of only two sorts of change most people really do like: changing their underwear, and a change of scenery. If Alex Salmond and his rebellious ingrates fail to get the Yes for Change they want today, then it will be because they allowed the Nasty Change vision to triumph.

Had I been in charge of the Yes campaign, I’d have made a dual promise whose success would have been inevitable: a Double-H Bomb to be dropped upon the naysayers.

Double-H stands for Hygiene and Holidays: free underwear and foreign holidays for every Scottish voter in perpetuity.

You may think this unaffordable, but you would be wrong. First up, as most male Scots claim not to wear any support beneath the tartan, the number of citizens qualifying for the gift would be greatly reduced. Secondly, the average trade price of underpants or knickers from Asia is £1.20 per half dozen. £I.20 per Scot per week comes to an, um, piddling sum: making a pessimistic allowance for the bits flying free under kilts, and taking out those too young to vote, we’re talking just over £200m per annum – a drop in the ocean in order to banish droplets down the leg forever.

The holiday venue available for everyone would be somewhere nice in China. The Beijing government would supply these entirely free of charge, in return for (1) free supplies of vodka, Mars bars and frying oil for the venues during the holiday season; and (2) a minor reconfiguration of the targeting of all UK nuclear weapons currently based in Scotland.

Had Salmond launched the Double-H Bomb at the outset of the campaign, his fellow Scot Gordon Brown would then have been unable to promise safer change and friendlier change, but Slippery Alex himself would’ve been able to promise healthier change for Scotland and – above all – a very unsafe and grovelling England to the South. This would surely have carried the Day.

Last night at The Slog: Why tell the Truth when you can Lie?

Like Loading...
This entry was posted in Article, Links, reblog and tagged 18 September, 2014, Disclosure, Earth, He’d Be Home & Dry By Now, Indyref Scotland: If Only Alex Had Run On A Hygiene & Holidays Ticket, John Ward, news, spiritual, Spiritual evolution, World. Bookmark the permalink.