Uploaded on 1 January 2015  by pearls2u Hey Hey Beautiful People! Welcome to 2015! I feel this will be a year of Majic for all, no matter what we are creating. This is the year those of us in 1st wave of Ascension have cleared so much in our fields, expanded our LIGHT in ways never previously imagined where we will now bring it down into and through us and our bodies manifesting into whatever we desire and play with… What a year this one will be! LOVE!

Posted on January 1, 2015 by lucas2012infos | Comments Off on Wes Annac – The Spiritualist Chronicles: Adjusting To The Spiritual Senses – 1 January 2015

The Spiritualist Chronicles is a series of articles that feature channeled descriptions of the afterlife. Spiritualism’s a religion that thrived in the late 1800s and early to mid-1900s, and it’s commonly associated with mediums and channeling. Like anything that has to do with these subjects, you’re encouraged to use discernment.

Some Spiritualists and mediums were eventually exposed as hoaxers who used a number of tricks to convince people that the orchestrated phenomena they witnessed were real, and this is why discernment’s always necessary.

The sensible descriptions of the afterlife we’ll explore here seem to confirm that not every Spiritualist was out to trick people, however, and some of them genuinely sought to connect with disembodied sources who gave detailed information. I don’t intend to promote Spiritualism, but I’m interested in the explanations it’s offered us about life after death. END_OF_DOCUMENT_TOKEN_TO_BE_REPLACED

Posted on January 1, 2015 by lucas2012infos | Comments Off on Ronna Herman – Latest Message From Archangel Michael – “Your Light Cloak Of Many Colors Awaits You” – 1 January 2015

Beloved masters, as the Age of Pisces fully fades into the past, there is a new system of rules and Universal laws which will now apply to all emerging Spiritual/Human Beings.  A new, expanded cycle of Creation is in progress, and all of you who are striving to attain a unified state of consciousness will be designated as advanced cocreators of the future. As an empowered Bearer of God Light on the physical plane of existence, your new Divine Mission is to assist in the expansion of God-consciousness. Your goal is to become a master of manifestation, drawing forth the Essence of Creation, and activating it within your Sacred Heart. Then, through a heightened intuitive awareness, you will begin to receive specific thoughts / concepts, which will be sent forth into your Sacred Mind. You will gradually gain the ability to radiate new Seed Thoughts into your personal Flower of Life/Creator Wheel, which will begin the advanced process of creating those things that you require for an abundant, joyful, refined existence. Your Light resonance will increase as it gradually flows forth in a sweeping Infinity pattern, making a greater, more beneficial impact on your environment and those around you. END_OF_DOCUMENT_TOKEN_TO_BE_REPLACED

Blessed Being, you begin a new year, amplifying your focus on the new.

Time will progress through this year, just as it always has. How will you progress with it? You will, for as Time moves, so do you. In your agreement with the collective of Life on Earth, you are subject to the cycles; the years, the seasons, the months, the days. Yet in Truth, you are not bound by them, only subjectively entwined. Your focus, your perspective regarding Time shapes its function with you. This is an important aspect of your Mastery, and it begins a basis of focus for your new year.   END_OF_DOCUMENT_TOKEN_TO_BE_REPLACED

From Monsanto and GMOs to natural cures and research

2014 was an exciting year for the natural health movement, as millions continued to research everything from alternative cures to the latest developments in the world of Monsanto and GMOs. As we venture into 2015, it’s essential to look back at the top 10 most popular stories, which are also some of the most profoundly important. END_OF_DOCUMENT_TOKEN_TO_BE_REPLACED

Declare martial law. Suspend constitutional rights. Rule by diktat. With or without congressional and/or judicial authority.

Based on alleged national security threats. Real or contrived. Deploying US combat troops on US streets at their discretion.

Unheard of in so-called democracies. Wage naked aggression on their say. Order anyone killed anywhere for any reason.  END_OF_DOCUMENT_TOKEN_TO_BE_REPLACED 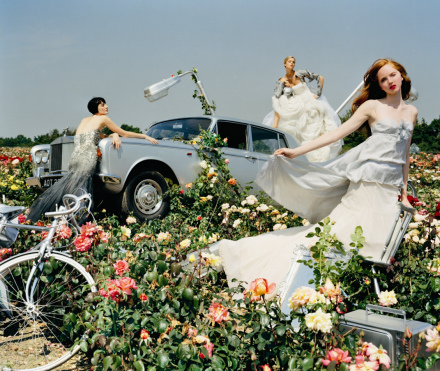 Here we are and here it is again already, this last day of our calendar. Nearly time Bohemians to leave the triumph and wreckage of 2014 behind us and get all frocked up to celebrate the next new year.

It has a checkered history, our Western modern era first of January tipping point, mainly concerned with debate around religious observance (that old Pagan vs Christian bugbear) and whether the sun or moon should govern the calendar (Julius Caesar chose the sun in 46BC). The argument was finally settled in 1582 with the adoption of the Gregorian calendar although the British Empire, which at that stage included the American colonies, arrived late to the party by celebrating the new year in March until 1752.

Astrologically speaking, the turn of the wheel that happens with the solstice and the new moon is a grand time to set…

Cuba Thaw: A Chance To Break Out From The Yoke Of US Sanctions? – 1 January 2014

The surprise political development of 2014 was undoubtedly the announcement by the US and Cuban governments in December that they are to embark on the process of normalizing relations between both countries.

After decades of a US-imposed economic blockade and policy of undermining the Cuban Revolution, the announcement, which arrived completely out of the blue, was treated as a victory in Havana, even though the economic blockade which has been responsible for so much suffering and hardship remains in place.

It is remarkable to consider that Cuba and the Cuban people have successfully defied the world’s most powerful and destructive superpower for decades – even more so considering that this superpower lies on its very doorstep. This is an achievement that history will record as a triumph of self-determination, dignity, and justice over a global economic system under which nations of the Global South have long been denied the same.

Comments Off on Cuba Thaw: A Chance To Break Out From The Yoke Of US Sanctions? – 1 January 2014

Tagged 1 January, 2014, Cuba Thaw: A Chance To Break Out From The Yoke Of US Sanctions?, Disclosure, Earth, news, spiritual, Spiritual evolution, World