John Ward – Greece, The Euro & Count Dragula : The Game Of Up Is Down And Vladivostok Is Delhi Continues – 28 January 2015 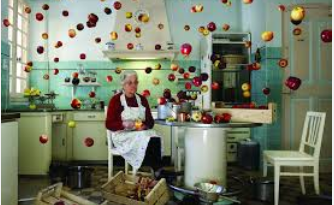 1. Why has the euro stayed at 1.34 to the Pound, despite all the “disturbing” news from Greece?

To quote from no less an Establishment source than Bloomberg:

‘[The euro] touched $1.1098 on Monday, the weakest level since September 2003, after the anti-austerity Syriza party won Greek elections that investors speculated may lead the country out of the euro.’

I understand that the bank run in Greece is accelerating, and Forex outfits everywhere are selling euros by the cartload. Clearly, lots of folks are withdrawing and selling. But the much-adored Single Currency is singularly robust.

Or not. This is beginning to feel more and more like the gold market.

My preferred, considered answer: foreign exchange reserves at the ECB rose quite considerably in recent weeks to over a third of a trillion $US. With such fiat toilet-paper can one myriad euros buy.

There are two obvious reasons for this:

1. Dragula is buying his own currency in order to steady the markets…even though he knows this is a forlorn policy.

2. The ECB/Berlin axis wants to “prove” that Grexit doesn’t bother them….even though it’s obvious it does. (Count Dragula doesn’t care either way, but then the o in his title is silent).

Draw your own conclusions.

Earlier at The Slog: How the Corruptative Party is using our money to get reelected
www.hat4uk.wordpress.com / link to original article

Like Loading...
This entry was posted in Article, Links, reblog and tagged 2015, 28 January, Disclosure, Earth, Greece, John Ward, news, spiritual, Spiritual evolution, The Euro & Count Dragula : The Game Of Up Is Down And Vladivostok Is Delhi Continues, World. Bookmark the permalink.