Forget all the nonsense and hoopla about t 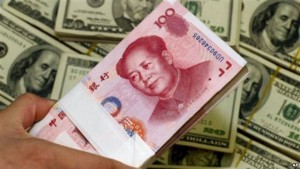 he Apple Watch or the GM stock buy-back. Far and away the most important economic story of the week is one you won’t find on the front page of Bloomberg or MarketWatch. New reports indicate that China is ready to launch its SWIFT alternative, and for those who have their ear to the ground this is the most significant move yet in the unfolding process of de-dollarization that is seeing the BRICS-led “resistance bloc” breaking away from the financial stranglehold of the US-led “Washington Consensus.”

For those who don’t know, SWIFT stands for the Society for Worldwide Interbank Financial Telecommunication and is shorthand for the SWIFTNet Network that is used by over 10,500 financial institutions in 215 countries and territories to transmit financial transaction data around the world. SWIFT does not do any of the clearing or processing for these transactions itself, but instead sends the payment orders that are then settled by correspondent banks of the member institutions. Still, given the system’s near universality in the financial system, it means that virtually every international transaction between banking institutions goes through the SWIFT network.

This is why de-listing from the SWIFT network remains one of the primary financial weapons wielded by the US and its allies in their increasingly important financial warfare campaigns. In 2012, SWIFT agreed to de-list 30 Iranian financial institutions (including the central bank) from their network as part of the US/EU-led sanctions on Tehran, a move that was meant to stop billions of dollars’ worth of oil and export sales from being repatriated into the country and bring Iranian business to a standstill. Throughout the recent tensions between the US bloc and Russia over the civil war in Ukraine, the idea that SWIFT could similarly de-list Russian banks has been repeatedly floated as a potential next step for the US and its allies. 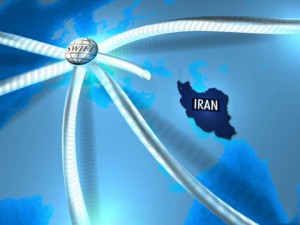 Of course, SWIFT is nominally “independent” from any government entity and thus does not have to follow the dictates of Washington or anyone else pursuing their own personal vendettas in the financial arena. In practice, however, SWIFT put up no resistance whatsoever and obligingly complied with the Iranian sanctions request despite the fact that the blockade was repeatedly ruled illegal by the EU’s own courts. Does anyone doubt that, despite their protestations to the contrary, they would do any different if push came to shove with Russia? This is precisely why Moscow, Beijing and other countries in the cross hairs have been floating ideas of their own, namely the creation of an alternative payment network that bypasses SWIFT.

Now it seems that talk is materializing into something very real. Called the China International Payment System, the CIPS network is meant to facilitate cross-border transactions specifically in yuan and the latest reports suggest that the system is already in place and could be launched as early as this September.

If and when CIPS is launched, the results could be world historical in nature. Firstly it provides the Kremlin and other US/EU/NATO/Israeli enemies a potential alternative safe haven from the crippling sanctions that hang over their head in the current environment. Secondly, it brings the yuan one step closer to being a fully-convertible currency, something that Beijing has been scrambling to achieve since the currency was rejected from the IMF’s SDR basket following the last reconsideration of that basket in 2010. And finally, it further solidifies China as the center of the worldwide “resistance bloc” to the current status quo.

It’s hard to underestimate just how important CIPS will be to making the yuan a major player on the global stage. Rather than having to clear yuan payments through correspondent banks in China or through specially designated clearing houses in Hong Kong or Europe or elsewhere, payments will now be nearly instantaneous through any CIPS-listed financial institution anywhere in the world.

Sadly, most alternative news outlets will end their analysis here, as if the creation of this alternate payment system in opposition to the US/EU/NATO/Israeli superpower’s hegemon is an unmitigated good. But such an analysis relies on the assumption that the BRICS resistance bloc has motivations and intentions that are truly different than the existing power structure, and not merely rivalrous to it. As viewers of The Corbett Report’s podcast on “China and the New World Order” will note, China has been carefully positioned over the course of the past half century to be the “engine of the New World Order” and many of the (nominally) “American” oligarchs and political power-players who helped construct the current status quo have been pupeteering and overseeing the rise of the Chinese dragon since the days of Mao. And as we have discussed before, the players who have been dominating world finance for decades (if not centuries) are not stupid; they are deliberately engineering the West’s downfall in order to bring about their dreamed-of world governmental and world financial system. 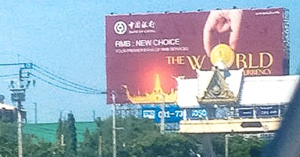 Now those who are concerned about the US-bloc’s superpower status and its seemingly monolithic control over the highly-centralized financial system represented by institutions like SWIFT are being asked to put their faith in an “alternative” system of centralized control that happens to be in the hands of Beijing. But let’s imagine that, somehow, in some way, the Chinese Communists were actually artfully deluding the Kissingers and the Brzezinskis and the other paymasters and chessmasters of China’s economic “miracle” and actually did intend to use their new-found power for themselves. To what end would they possibly use it? As a series of billboards popping up around Bangkok and other locations in recent months suggest, it is nothing less than to create a “New World Currency” to further consolidate their power on the international stage. Meet the New New World Order, same as the Old New World Order. Either way, all you get is centralized power-hungry tyrants lording over centralized bureaucracies like the IMF, the World Bank, the SDR, SWIFT, CIPS, the BRICS bank or the “people’s currency” of the yuan.

But what if there was a truly alternative way around the SWIFT hegemon?

As it turns out, many Iranian banks have circumvented the SWIFT sanction in an almost embarrassingly simple way. Instead of using the SWIFT system to send and receive their payment orders, they simply pick up the phone or send an email. Yes, it is less efficient and takes a bit longer to do, but it works just as well and there’s nothing that SWIFT or anyone else can do to prevent banks from communicating directly with one another. Chalk this extremely simple workaround up as another victory for the concept of the “peer-to-peer economy” that we talked about in these pages in recent weeks. When people (or organizations or institutions) can communicate directly, instantaneously and globally, the need for centralized bureaucracies like “SWIFT” or “CIPS” disappears just as assuredly as the horse-and-buggy or the zeppelin disappeared with the advent of the modern car or airplane.

Keep your eye on these pages for more on the CIPS system as it develops, and keep your eye on The Corbett Report podcast for an upcoming episode where I delve into the not-so-happy reality of “The BRICS and the New World Order.”