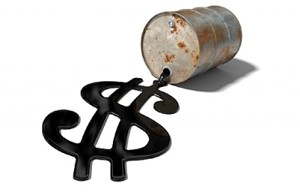 As anyone not living under a rock knows by now, oil has plummeted from over a $100 a barrel last summer to just $43 a barrel this week. So there must be much wailing and nashing of teeth in the offices of BP and Shell right now, right? The Big Oil fat cats must be pulling their hair out over their plunging profits. Prepare for a bevy of oiligarchs to start throwing themselves off of rigs in the coming months.

…Or not. As it turns out, Big Oil is doing just fine in this downturn, thank you very much. Or, more specifically, BP Plc, Royal Dutch Shell Plc and Total SA, who, as Bloomberg helpfully points out, are “better known for their oil fields, refineries, and petrol stations,” but also just happen to be “the world’s biggest oil traders.”

That’s right, unbeknownst to most of the public, the same Big Oil bigwigs who set record profits drilling, refining and selling the oil (and destroying the Gulf, propping up the petrodollar and manipulating global geopolitics) also happen to be the biggest players in the commodities markets for their own product. What does this mean, exactly? It means that, like any trader with a little savvy (and insider knowledge), they’ll be able to profit from their product just as much on the way down as on the way up.

You see, making money in the markets is not about whether a price is rising or falling, but THAT a price is rising or falling. Back when oil was stuck in a fairly small and fairly predictable trading range (whether that range was near $100 a barrel or $1) there was little profit to be made playing the market. But when there’s a dramatic rise or fall, the volatility gives traders an opportunity to place bets in the casino derivative economy on the future price. Those who short the product will benefit from the falling price just as the 9/11 insider traders scored big by betting that the stocks of the companies involved in 9/11 would fall. 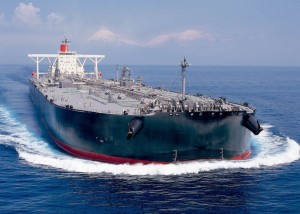 And, of course, it helps when you physically deal in the product you’re trading. As we pointed out before in these pages, traders are taking advantage of the oil slump by buying up as much crude as they can get their hands on…and sending it out to sea. By merely sending it offshore and waiting they stand to make piles of money by bringing it back and selling it when prices come back up.

So just how big are BP, Shell and Total’s trading operations? No one knows for sure (because they’re not spilling the beans), but we have some different ways to estimate it. Firstly we have BP’s own number from 2005, when they reported that their trading operation brought in $2.97 billion, equivalent to about 10% of the total revenue for the company that year. During the last big oil price plunge in 2009 BP claimed to have made $500 million more than usual on their trading activity, or about 20% of their adjusted earnings for that quarter. With entire trading floors that rival Wall Street investment banks, BP and Shell are such big traders that they join Big Ag trader Cargill Inc as the only non-financial companies to be registered as swap dealers under Dodd-Frank.

So for those who might have been celebrating the prospect of the oil price plunge taking down a few of the big boys, don’t put on your party hats yet. Shell, BP and Total are still going to take a hit from lower prices, but they’re likely to beat earnings expectations because of their trading desks.

Like Loading...
This entry was posted in Article, Links, reblog and tagged 19 March, 2015, Disclosure, Earth, James Corbett, news, spiritual, Spiritual evolution, The Corbett Report - How Big Oil Is Cashing In On The Oil Plunge, World. Bookmark the permalink.