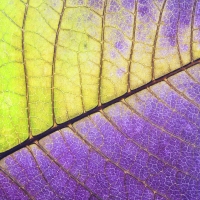 I have waited a while to write something that I felt was worth sharing. Every day the same desire to cast my line out into the Cosmos and hook myself that one relevant feeling, that Collective Theme that could be shared and embedded into the ground as a marker post, has kept me going. Like a seasoned chief, I’ve thrust my gage into the fleshy part of the Universe, testing to see the “doneness” of our creations. Time and again the thermometer reading is the same. It registers; “It’s Personal”.

END_OF_DOCUMENT_TOKEN_TO_BE_REPLACED

Two former JPMorgan Chase employees are expected to be arrested for their role in the so-called “London Whale” scandal that lost the bank roughly $6.2 billion last year, The New York Times reports. The arrest of the employees, Javier Martin-Artajo and Julien Grout, will reportedly take place in London.

Not among those expected to be charged is the London Whale himself, one Bruno Iksil, who built up the massive positions in the derivatives market that eventually cost the bank billions, according to a Reuters report published Thursday. According to a later report, Iksil will have to play a key role in any arrests related to the scandal.

Read the whole story at: www.huffingtonpost.com / link to original article

Comments Off on TheHuffingtonPost – Ex- JPMorgan Employees To Be Arrested Over ‘London Whale’ Scandal : Report – 10 August 2013