Passengers travelling to the United States from Britain could face interrogations and inspections from police, under a new “pre-clearance” agreement between the British and American governments.

According to documents obtained by The Guardian, passengers could be approached by security staff and asked for details about their travel arrangements, as well as aspects of their personal history.

The plan was proposed by the US government to five EU countries, including Germany, Sweden and the Netherlands. According to the document, however, only Britain has overtly welcomed the plans, claiming that it “sees the advantages in allowing this procedure.”

The Sun has released some powerful solar flares over the past few days – an X flare and a few M flares, and I’ve noticed something really interesting over the last couple of months.

In years gone by these flares would really rock us, whereas now a flare helps me feel balanced and more alive. Even if it triggers things to the surface, it’s over with quite quickly and I emerge out the other side feeling a lot clearer and even re-invigorated, refreshed and re-enthused about life.  END_OF_DOCUMENT_TOKEN_TO_BE_REPLACED

Tagged 12 September, 2014, and I've noticed something really interesting over the last couple of months. In years gone by these flares would really rock us, but there is such a thing as cabin fever or retreating so far inward as to feel like you're flat-lining). When lots of big flare-free days build up there's a palpable feeling of tension building - so , Dana MrKich, Disclosure, Earth, healthy response to what is much needed vitalising energy coming to us via the Sun. Obviously becoming dependent on anything external for a shot of vitality isn't in alignment with 'it's all within' b, it's over with quite quickly and I emerge out the other side feeling a lot clearer and even re-invigorated, news, productive and encouraging. How are you all feeling?, refreshed and re-enthused about life. I find the days with no flares to feel very hibernative (which we also need, Solar Flares Anonymous! The Sun Has Released Some Powerful Solar Flares Over The Past Few Days - an X flare and a few M flares, spiritual, Spiritual evolution, whereas now a flare helps me feel balanced and more alive. Even if it triggers things to the surface, World

Posted on September 12, 2014 by lucas2012infos | Comments Off on BBC Accused Of Anti-Independence Bias After Editing Out Salmond’s Reply To ‘Bank Exodus’ question – 12 September 2014

The BBC faces accusations of anti-independence bias after its political editor, Nick Robinson, produced a report that wrongly claimed Alex Salmond had ignored his question during a heated press conference.

Calling into question the impartiality of the publicly-owned broadcaster, the veteran BBC correspondent edited out Salmond’s lengthy answer, in which the First Minister claimed the BBC had skewed facts and colluded with the Treasury to undermine the “Yes” campaign.

Heads of state of the Shanghai Cooperation Organization say that the crisis in Ukraine is spilling beyond the borders of the country and needs immediate action, while stressing that the only solution to the conflict lies in dialogue and consensus.

At a press conference following the summit President Putin said the leaders had touched upon various issues of international politics, including those connected with the settlement of the Ukrainian crisis, and added that the approaches to this settlement proved to be similar.

“We are very satisfied by the fact that the approaches to basic directions of cooperation appear to be identical or very close,” Putin told reporters.

John Ward – ISIS Black-Ops: John McCain And The Mounting Evidence Of US ‘ Identity Manipulation’ In The Middle East- 12 September 2014

Posted on September 12, 2014 by lucas2012infos | Comments Off on John Ward – ISIS Black-Ops: John McCain And The Mounting Evidence Of US ‘ Identity Manipulation’ In The Middle East- 12 September 2014 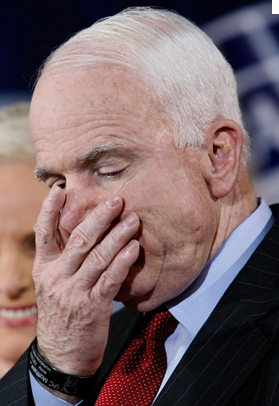 *The many faces and forked tongue of Senator John McCain

*How the Muslim Brotherhood became the Syrian rebels who begat ISIS

*How McCain dealt directly with the ISIS leader, and feted his colleagues as ‘brave freedom fighters’

*The unexplained need for McCain to have big but discreet money

*The direct link between his sponsors and his Middle East policies

* The obvious involvement of the US in renaming their allies, and demonising those allies when they need another bogeyman

For the American élite, Islamic militancy is merely a question of branding. The Slog digs into the reality that makes a mockery of the ISIS story END_OF_DOCUMENT_TOKEN_TO_BE_REPLACED

Comments Off on John Ward – ISIS Black-Ops: John McCain And The Mounting Evidence Of US ‘ Identity Manipulation’ In The Middle East- 12 September 2014

On Sunday, Russian voters will elect 30 governors and 14 regional legislatures, as well as city and town mayors and municipal deputies, in about 600 campaigns in 84 Russian regions.

The single Election Day will be held for the first time ever in the regions of Crimea and Sevastopol. A representative of the Crimean elections commission told reporters on Friday that a total of 803 candidates and 12 parties had been registered for elections of all levels, including those into the State Council of the Crimean Republic – a regional legislature with 75 seats.

Authorities have prepared ballots in three languages – Russian, Ukrainian and Crimean Tatar, and voters will be identified by their Russian and Ukrainian IDs, as well as old IDs issued in the USSR.

Europe saw one of the largest demonstrations in recent years: at least 1.8 million people formed an 11km red-yellow line to show their support for the upcoming independence referendum. A mosaic was made in the form of a ‘V’ for ‘vote’.

At least 1.8 million Catalans, dressed in red and yellow, the colors of the Catalan flag, gathered on Gran Via and Avenida Diagonal, two of the main streets in Barcelona. Seen from the air, the rally formed a ‘V’ 11km long. According to the organizers, ‘V’ represented ‘vote’, ‘victory’ and ‘will’ (voluntat in Catalan).

Posted on September 12, 2014 by lucas2012infos | Comments Off on Jon Rappoport – Bombshell: The Journal Pediatrics—Fraud, Brain Damage, Follow The Money – 12 September 2014

The hits keep coming in the CDC whistleblower scandal.

Sharyl Attkisson has interviewed a representative at Pediatrics, the journal that published the 2004 study CDC whistleblower William Thompson co-authored.

Thompson, as everybody now knows, admitted fraud in that study. Vital data were omitted. Data that would have indicted the MMR vaccine as a cause of autism.

But Pediatrics now officially refuses to retract the 2004 study it published.

Attkisson was unable to get a straight answer to the question, “Did you recently interview Thompson?” END_OF_DOCUMENT_TOKEN_TO_BE_REPLACED

MPs’ staff, travel and accommodation costs reached £103 million last year, up from £99 million the previous year and £95 million in 2009 – the peak of the parliamentary expenses scandal.

More than £80 million was spent on staff salaries and £11 million on office costs. The bill for accommodation, covering hotels, rented homes and utility bills, was £6.9 million, while £4.5 million were claimed for travel and subsistence.

Politicians clashed over the NHS at a Scottish independence debate. “Yes” supporters say independence could save the health service from privatization, while “No” advocates say Scotland can’t afford it alone.

Respect MP George Galloway, who is calling for a “No” vote, however, says there would not be an NHS without “a country big enough” to share resources.