Lucas a quote of mine:  “When you’re really out of the box thinking and seeing you’re not asking anymore what is in it. ”

What Would You Do?: Interracial Couple Faces Criticism

Living in a country filled with race-baiting, fanning the flames of “difference,” I find this video highly, highly encouraging. People are seeing through the idea that violence and hatred provide any kind of solution, instead choosing to transcend to a level of heartfelt connection and healing. Just beautiful!

Greek farmers say the Russian food embargo has already dealt a devastating blow to the country’s agricultural economy, leaving at least 3.5 million kilogrammes of peaches rotting in refrigerated trucks after being turned back at the Russian border.

“There are around 3.5 million kilos of peaches currently rotting in trucks, and at the height of the summer another 3.5 million kilos have yet to be harvested,” the Guardian quotes Apostolos Keranis head of the Federation of Greek truckers. “We’re talking about huge, huge damage.”

Finland will impose no additional sanctions on Russia in response to Moscow’s ban of food imports from some EU countries, said Finnish Prime Minister before the presidents of the two countries are set to meet on Friday in the Black Sea resort of Sochi.

The Russian President will meet his Finnish counterpart Sauli Niinist in Sochi, on Russia’s Black Sea coast, where Putin has a residence on Friday, the president’s press service said. Niinist is the first president of a European country to visit Russia in an official capacity since the escalation of the crisis in Ukraine.

The heads of state are to discuss the “peaceful settlement of the internal political crisis in Ukraine and measures to prevent a humanitarian catastrophe“, the Kremlin said. Among other issues the presidents will talks about the current state and prospects of bilateral cooperation between Russia and Finland, the Kremlin added.

Hi sweet friends, this is a repost channeled message of mine from Saint Germain which I find to be applying on this now moment of our current timeframe.  As everything is timeless and in the everlasting now, this message is a good assistance in this now as well, explaining about the current unfoldings.

As the violence escalates at the Ferguson protests which have entered their sixth day, RT takes a look at the brutal scenes of heavily militarized security forces using excessive force to disperse crowds rallying against police killing an unarmed 18yo.

The initially peaceful protests were prompted by the police shooting an unarmed teenager on Saturday in Ferguson, Missouri. It is not clear what prompted the shooting nor have the police yet revealed the name of the officer who shot Brown. Spreading rumors and lack of official information have fueled the protests on the streets of the suburb.

Read the full story and see pictures at: www.rt.com  / link to original article

Comments Off on Iraq? Afghanistan? Police Gear Up Against Ferguson Protesters – 14 August 2014

Posted on August 14, 2014 by lucas2012infos | Comments Off on Muslim Americans Sue Feds Over Placement On Terrorist Watchlist – 14 August 2014

A group of five Muslim American men included on the watchlist of suspected terrorists maintained by the United States government filed a federal complaint on Thursday this week contesting their placement.

“The federal government has unjustly and disproportionately targeted American Muslims by routinely adding their names to the Terrorist Screening Database without affording them their rights to due process,” Lena Masri, a staff attorney for the Council on American-Islamic Relations (CAIR), said in a statement announcing the legal action. “The lawsuit will challenge the government’s broad and unchecked power to secretly label individuals as ‘known or suspected terrorists’ without concrete facts, but based on only a vague standard of ‘reasonable suspicion.’”

Much of the details surrounding the watchlists maintained by the US government have long been shrouded in secrecy, but The Intercept, an online news publication, has released no fewer than two separate stories in recent weeks about those rosters after receiving leaked documents not intended for the press of public. 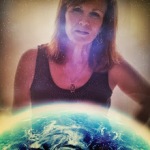 “Thankyou for the update GE. That is great news about the reason nothing happened on the 27th.
Last year in May you said that there was about 35% chance that humanity can change the situation to its liking. Are you able to say how much progress we have made since then ?
Another question: will the end of the experiment happen no matter what, regardless of anything that happens between now and August 16 ? For example, if the moment of justice happens soon, and disclosure should follow shortly thereafter, will the end of the experiment will be cancelled so that humanity can continue its progress gradually ?” END_OF_DOCUMENT_TOKEN_TO_BE_REPLACED

Here Good Friend Michael asked us both, me and Sophia about “multiple demiurges”

“Dear Sophia and GE,
Below I have a question I posted some time ago before question and answers where not as prevalent a subject Matter here,
I post again to perhaps get your guys opinion,
Now there’s one fella out there who would be recognized as the original proponent of multiple creator beings going off half-cocked as they are here,,
him personally I discount as a tool and not a very nice individual, but i am in association with those who allow that multiple entities,, a gang if you will, are responsible for the current state of affairs, IE. multiple diamurge’s
would you guys be so kind as to comment on this paragraph and the one below?
Thank you. END_OF_DOCUMENT_TOKEN_TO_BE_REPLACED

As this is a long one, it is separated into more than one post.
~Sophia

Due to the fact that “I.S. or Islamic State” had risen and because they are making huge atrocities in Iraq and Syria, I need to explain why are they doing those evil deeds, and this is something what Everyone here should know. This knowledge is well known, yet many ignore it and don’t give much necessary attention which it obviously needs. This knowledge is called “ideology”. It is the most necessary component of Evolution of a Civilization, without which “civilization don’t know in which way to go”. This knowledge guides every Civilization in the Cosmo toward their many destinies which they are choosing. The knowledge about ideology/ideologies and how to manage and maintain them is well hidden, yet in the same time it is lying right there in plain sight before Everyone’s eyes. END_OF_DOCUMENT_TOKEN_TO_BE_REPLACED