Posted on December 17, 2014 by lucas2012infos | Comments Off on Italian Ex-European MP Arrested, Kicked Out Of Estonia & Called Russian ‘Agent Of Influence’ – 17 December 2014

Journalist and former European Parliament member, Giulietto Chiesa of Italy, was detained by the Tallinn police due to his pro-Russian views, which make him a threat to Estonia’s national security, the country’s Foreign Ministry told RT in an e-mail.

Chiesa spent several hours behind bars after being taken into custody from his hotel in center of the Estonian capital Monday.

The police told the Italian politician that he had violated a ban on entering the country imposed on him on December 13.

The 74-year-old politician arrived in the Baltic country to give a speech entitled, “Should Europe be afraid of Russia?” to the members of a local media club.

San Diego State University has banned the Gamma Alpha fraternity after members allegedly threw eggs and waved sex toys at people involved in an anti-rape march on campus in November.

San Diego State University (SDSU) said on its website that the national Delta Sigma Phi fraternity had agreed to close the school’s Gamma Alpha chapter at least until the fall of 2016, according to Reuters.

“There is no place in our campus community for the type of ongoing behaviors displayed by those involved with this fraternity chapter,” Eric Rivera, SDSU vice president for student affairs, said in a written statement.

“We appreciate the willingness of the national office of Delta Sigma Phi to step in and address these issues and take action with us. We hope that through these actions, when the time is right, they will bring a chapter back to SDSU and be productive members of our community.”

Question: “Is the physical vehicle similar to the one in 3rd density?

“The chemical elements are not the same. However, the appearance is similar.

Question: “Is it necessary to eat food?

After Levi Frasier filmed a Denver police officer throw six powerful punches into the face of a suspected drug dealer, officers threatened Frasier with arrest unless he gave them the video, he tells RT.

The video is remarkable for its sheer level of brutality: Three police officers are seen holding down unarmed suspected drug dealer David Flores in a parking lot. After Flores ignores a command by police officer Charles Jones to release a sock from his mouth that he suspects contains narcotics, Jones delivers six consecutive punches to his face.

When Flores’s pregnant wife attempts to intervene, Jones trips her up and she falls, landing on her stomach.

Flores ended up in the hospital, while Denver police originally said the display of force by the officer was reasonable under the circumstances.

Comments Off on ‘Cops Should Not Be Judge, Jury & Executioner’ – Witness To Police Beating – 17 December 2014

Posted on December 17, 2014 by lucas2012infos | Comments Off on Russia Crisis Leaves Banks Around The World Exposed By The Billions – 17 December 2014

Major banks across Europe, as well as the UK, US, and Japan, are at major risk should the Russian economy default, according to a new study by Capital Economics.

The ING Group in the Netherlands, Raiffeisen Bank in Austria, Societe General in France, UniCredit in Italy, and Commerzbank in Germany, have all faced significant losses in the wake of the ruble crisis. On Tuesday, the currency had its biggest fall in a decade and a half, losing 20 percent, nearing the 27 percent drop it experienced in 1998 that led to a default.

Overall Societe General, known as Rosbank in the Russian market, has the most exposure at US$31 billion, or €25 billion, according to Citigroup Inc. analysts. This is equivalent to 62 percent of the Paris-based bank’s tangible equity, Bloomberg News reported.

I am going to start this off by answering a question posed on my facebook yesterday.  I keep referring to our “tool set” and using them.  The first and main tool set, love, kindness, generosity, grace, patience, acceptance, non judgement, Self expression, and so on.  Without this main tool set up and running as a way of life, anything else gets diluted.  To employ these tools as a way of life, means you have cleared the clouds from your Being, learned to see and love beyond the illusion and can see the gift in all things. END_OF_DOCUMENT_TOKEN_TO_BE_REPLACED

Posted on December 17, 2014 by lucas2012infos | Comments Off on 3 Police Officers Charged With Manslaughter In Mentally Ill Man’s Custody Death – 17 December 2014

Three police officers have been charged with manslaughter over the death of a mentally ill man who died a week after being restrained while in custody.

Thomas Orchard, 32, collapsed in a cell at Heavitree Road Police Station, Exeter, after his arrest in 2012. He died a week later in hospital.

Sergeant Jan Kingshott and custody detention officers Simon Tansley and Michael Marsden, who all work for Devon and Cornwall Police, are accused of manslaughter.

Orchard, who worked as a church caretaker, was arrested in Exeter on October 3, 2012, on suspicion of a public order offense. Orchard, who suffered from paranoid schizophrenia, had been bound in handcuffs and leg restraints and a padded belt placed across his mouth and nose.

Downing Street and senior civil servants were so fearful that Scotland’s independence referendum could have sparked the breakup of the UK that they requested the Queen to publicly intervene in the closing days of the campaign, a Whitehall source says.

The intervention by Queen Elizabeth II, 88, was scrupulously crafted by her private secretary and Britain’s chief civil servant, a Guardian report revealed Wednesday.

The delicately worded plea was constructed in the final phase of the Scottish independence campaign, as Downing Street faced what a senior Whitehall source told the paper was a “meltdown.” Fears ran high in Westminster as polls revealed amplifying support for the pro-independence camp, the source said.

Tahoe Love! I carry Tahoe in my heart always, as well. Thank you, Tania, for sharing this beauty. 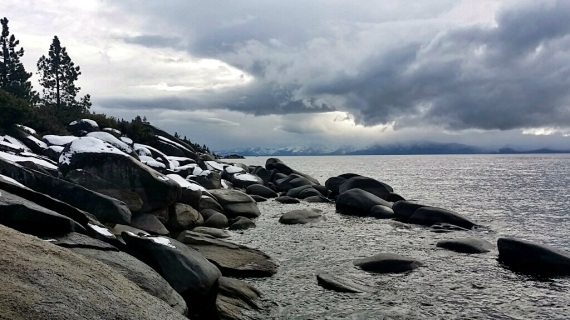 The last couple of days were very special to me on many levels. I had a chance to explore the most magickal places that I love on my memorable return to Lake Tahoe. Waterfalls, lake, trees, stones, mountains, snow flurries of delicate pixie-dusted flakes kissing my face…they all spoke to my heart. END_OF_DOCUMENT_TOKEN_TO_BE_REPLACED

Investigative journalists will be the beneficiaries of new EU legislation against money laundering, which will give them greater access to company data.

A fourth anti-money laundering directive has been agreed between EU member states and the European parliament Tuesday. The new measure requires EU countries to maintain a central register on the ultimate beneficial owners of companies and trusts, the Financial Times reports.

A number of campaign groups are concerned about trusts in particular, as they are more protected from public scrutiny.

From now on registered ownership details of specific companies will be open to journalists with ‘legitimate interests’ if they make a formal request.