I think everyone around us is a reflection of our consciousness, and in order to experience lasting harmony with the people in our lives, we’ll want to recognize that they’re us in a different form. When we can see that there are no real differences between us (beyond the illusory ones we create), it should be easier to come together and heal the earth.

In order to create outer change, we’ll have to embrace changing within; aligning with the divine and using the inspiration that results to express unbridled love to everyone around us. END_OF_DOCUMENT_TOKEN_TO_BE_REPLACED

Lisa Gawlas – Midwifing Each Other Thru The Great Expanse! – 18 December 2014 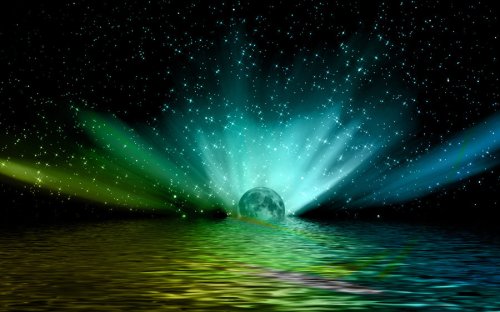 One thing became ever evident yesterday, my feeling zone, that place called the solar plexus, OMG talk about overdrive!!  The first phone call I had yesterday morning was with my son and the more we talked about christmas and our time together and my grandson, I swear to god, my whole energy system became like fireworks leaping out of every pore of my skin.  I could feel it and see it happening.  We got so giddy like two little school kids who could not just stop giggling together.  Thru it all, it was if my team pointed its finger at the energy and said “this is where creation is formed.”   Granted, you don’t have to break down into a giddy child like mentality, but the freakin joy, the excitement…  Even with that, I hear my team continue on to say, that is where the universe shows up to not only create the energy into solid form, but witness the experience of it all with you and thru you too!! END_OF_DOCUMENT_TOKEN_TO_BE_REPLACED

Comments Off on Lisa Gawlas – Midwifing Each Other Thru The Great Expanse! – 18 December 2014

ollowing the heart is a skill that is self-taught for most. Many were taught through fear and limitation as a child, though in truth, that was the doorway of Love most parents were taught to access. You, as a Lightworker, are reworking the definition of following the heart and creating Life. You foresee the impact of the courage to forgive and the courage to stand your ground. You honor the courage to allow another to learn through their own ‘mistakes’ with loving compassion as you exemplify a new way of being. You are supporting the growth of new wisdom on Earth. This wisdom is the innate divinity within each being, the Love that allows Life to flourish, renew and flourish again. END_OF_DOCUMENT_TOKEN_TO_BE_REPLACED

judge withheld racist text messages from a jury that were sent from the phones of two G4S security officers accused of the manslaughter of an Angolan man in their care. The judge claimed the offensive messages bore no relevance to the trial.

Terence Hughes, one of three defendants accused of the manslaughter of Jimmy Mubenga, had 76 racist text messages stored on his phone, The Guardian reports.

The offensive texts were abusive to Asians, Africans and Muslims and demonstrated racist attitudes regarding immigration. But the Old Bailey judge, Justice Spencer, would not allow the messages to be used as evidence in the trial.

On October 31, 2014, I posted a message from Tom Kenyon and the Hathors regarding the extreme Chaotic Nodes (plural) and the dismantling of 3D reality at that time and set to accelerate. I repeat part of their message again here:

The European Court of Justice has ruled that organisms incapable of developing into a human being can be patented. The ruling has been heralded by proponents as “a big step in the right direction” for stem cell research in the European Union.

Three years ago, the court had ruled that stem cell research involving human embryos could not be patented. In the latest ruling, however, the court decided that eggs which could not develop into a human being did not constitute a human embryo.

The ruling is likely to provide a boost to Europe’s biotech industry.

The matter was brought before the ECJ after a US firm, International Stem Cell Corporation, initiated a case in the UK.

Posted on December 18, 2014 by lucas2012infos | Comments Off on NYC Sued Over Violence Against Young Inmates At Notorious Rikers Island Jail – 18 December 2014

Federal prosecutors sued New York City on Thursday, alleging that the city has not sufficiently moved to reform the city’s notorious Rikers Island jail, where “force is used against adolescents at an alarming rate,” according to the US Justice Department.

In August, the Justice Department released a graphic 79-page report, which found a “deep-seated culture of violence” aimed at young offenders held at Rikers Island. The report, the result of a two-and-a-half-year investigation on conditions at jail facilities between 2011 and 2013, detailed, among other damning findings, the wanton use of solitary confinement imposed on youth.

While New York City Mayor Bill de Blasio announced just Wednesday the end of solitary confinement for 16- and 17-year-old inmates, the move addressed just one of the 73 recommendations made by federal prosecutors to slow the violence while boosting investigation integrity and accountability.

Uploaded on 18 December 2014 by We Are Change Edinburgh END_OF_DOCUMENT_TOKEN_TO_BE_REPLACED

The Metropolitan Police are investigating the suspected murder of three boys in relation to the so-called Westminster pedophile ring, which allegedly serially abused boys during the 1970s and 80s.

Officers taking part in the investigation of the so-called “VIP” abuse ring have appealed for victims to come forward with information relating to the inquiry.

Detective Superintendent Kenny McDonald, who is leading the investigation, made a public plea for witnesses on Thursday.

“I appeal to men who were subjected to abuse 30 years ago to come forward. We are also investigating the murder of three young boys – we are determined to find answers.”

Obese people can be considered disabled if extra weight hinders their “full and effective participation in professional life,” the EU Court of Justice has ruled. The decision could have dramatic consequences for employees across the continent.

Obesity can be classed as a disability if “it hinders the full and effective participation of the person concerned in professional life on an equal basis with other workers,”the court said.

Its decision follows a claim by Karsten Kaltoft, a Danish child minder who was dismissed by the local city council in 2010 for reportedly being unable to bend down and tie his shoelaces. Kaltoft’s weight was more than 160 kilograms at the time of the claim, and his body mass index (BMI), a measure of relative weight, was 54, while the overweight category starts at 25.