TONY Abbott has warned of the possibility of a “terrorist state’’ if Islamic extremists make further gains in Iraq.

Read the article at: www.theaustralian.com.au / link to original article

Comments Off on TheAustralian – Iraq A Security And Humanitarian Disaster: Tony Abbott – 16 June 2014

The US government is set to auction off $18 million worth of bitcoins seized from an online drugs market known as Silk Road. The Department of Justice is looking to make a considerable windfall from the sale with bitcoin increasing in value recently.

The now-defunct cyber-black market was closed down in October of last year, with authorities confiscating 30,000 bitcoin. The FBI also arrested the alleged kingpin of the online drugs bazaar, Ross Ulbricht, seizing roughly 144,000 bitcoin in the process.

The oil arm of Gazprom says 95 percent of foreign partners are ready to do business in the euro. The company’s CEO said it could divert exports to Asian markets should the West intensify sanctions.

“This shows that in principle there is nothing impossible – you can switch from dollar to euro and from euro, in principle, to rubles,” as Vedomosti quotes Mr Dyukov.

(NaturalNews) Earlier Natural News reported that the Army specialist who shot and killed three and wounded more than a dozen people at Fort Hood April 2 before taking his own life was taking the powerful delirium drug Ambien.

That was certainly true enough, as we documented, but later reports indicated that the shooter, Spc. Ivan Lopez, was actually on several mind- and mood-altering medications.

As reported by Britain’s Telegraph:

A U.S. soldier who shot dead three comrades and wounded 16 others before killing himself was on a cocktail of prescription drugs and had managed to smuggle a semi-automatic handgun on to one of America’s largest military bases. END_OF_DOCUMENT_TOKEN_TO_BE_REPLACED

Comments Off on NaturalNews – J.D. Heyes – Fort Hood Shooter On Ambien, Antidepressants And A ‘Cocktail’ Of Mind-Altering Meds – 5 April 2014

Posted on March 29, 2014 by lucas2012infos | Comments Off on Mish/ Mike Shedlock – McCain Wants More Weapons Delivered To Al Qaeda Rebels; How Do Warmongers Get Elected? – 29 March 2014

Meanwhile, back in the US Lawmakers Bash Obama’s “Delusional” Syria Policy.

U.S. lawmakers lashed out at the Obama administration’s handling of Syria’s civil war on Wednesday, demanding a stronger American response to the conflict and better communication from the White House about its plans. END_OF_DOCUMENT_TOKEN_TO_BE_REPLACED

In a rare “bad mood” this morning. Usually, despite my hopefully clear-eyed look at myriads of cascading “black swan” events collapsing in on our dear, sorry world,  I walk around in a continuous state of gratitude and joyous anticipation. So it feels very weird, this noticing of how no matter what comes into view, either internal or external, my mind instantly moves into a sour critical mode. Hmmm. Paying close attention, and asking this strange mood to lift! END_OF_DOCUMENT_TOKEN_TO_BE_REPLACED

There is something different in the air this year during the equinox gateway that officially began March 20. This energy gateway open through the weekend – its ripples felt long afterwards – is a kind of spiritual crossroads.

This current spiritual crossroads, impacting you and all of humanity, is an opportunity to initiate a significant change in course direction.

As you know, the world indeed needs to change course – in dramatic ways – for humanity to thrive and survive in subsequent generations. We are at that choice point now. We are deciding with our individual and joint energies what kind of world we will have. END_OF_DOCUMENT_TOKEN_TO_BE_REPLACED 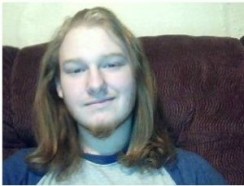 Phillip Gilbert tells us that as the physical body grows older, the etheric body steadily readies itself to leave.

“With the approach of earth-life’s natural ending … the etheric body alters. END_OF_DOCUMENT_TOKEN_TO_BE_REPLACED

Comments Off on Wes Annac – The Spirit World Chronicles: Unique Reports Of The Experience Of Death – Part 2/4 – 20 March 2014

Nearly 59.6 percent of the population of Catalonia desire independence from the rest of Spain and want their region to become a “new state of Europe,” according to released poll results.

Over 1,600 people have been polled by the Center for Opinion Studies (CEO), a Catalan government research center. The recently published survey was carried out in mid-December 2013, when the region’s political parties were negotiating a possible independence referendum.

Meanwhile, just under 30 percent said they would be “against” or “totally against” seeking an independent Catalonia.
The number of those who want Catalonia’s independence has risen compared to the same poll from November 2013, when nearly 55 percent of Catalonia’s population voted in favor of the proposal.

Posted on March 13, 2014 by lucas2012infos | Comments Off on GlobalResearch – Israel Charged With War Crimes And Genocide. Complete Judgment Of Kuala Lumpur Tribunal – 13 March 2014

“The perpetrators had committed acts against the Palestinians, with intent to kill, cause serious bodily or mental harms and deliberately inflict conditions of life calculated to bring about the physical destruction of the Palestinians as a whole or in part.”

“The Tribunal recommends to the War Crimes Commission to give the widest international publicity to this conviction and grant of reparations, as these are universal crimes for which there is a responsibility upon nations to institute prosecutions.

The Tribunal deplores the failure of international institutions to punish the State of Israel for its crimes and its total lack of respect of International Law and the institutions of the United Nations.”

The Kuala Lumpur War Crimes Commission
Against
The State of Israel

Read the full story at: www.globalresearch.ca / link to original article