Posted on September 5, 2014 by lucas2012infos | Comments Off on ‘Most Convincing Evidence’: Russian Embassy Trolls NATO With Toy Tanks – 5 September 2014

Some of Russia’s diplomats have joined a digital diplomacy row as they trolled NATO by “leaking” on Twitter the alliance’s “most convincing evidence” of Russian troops’ alleged presence in Ukraine.

The Twitter account @RussEmbassyUAE, which is the official Twitter of the Russian Embassy in the United Arab Emirates, posted a picture of tiny toy trucks, tanks and armored vehicles all lined up on the ground, with the words: “#NATO’s latest evidence of #Russian armor invading #Ukraine has been leaked! Seems to be the most convincing ever!”

HG Well’s 1933 classic novel, The Shape of Things to Come, portrays a world exhausted by war and economic collapse—and the great turning to a Global State as the only possible solution, after all other solutions have historically failed. The new ruling authority is based on Science. All religions are crushed. Education is designed to teach every child how to become a genius/global END_OF_DOCUMENT_TOKEN_TO_BE_REPLACED

If Detroit is the canary in the mine, bellwether for the coming destruction and regeneration of cities, then things are decidedly looking up! This is a fascinating tale of what Detroit native Frank Joyce names as four different economies, their interaction within the background of systemic white racist politics and economics, and how they are all being fueled. Economy #4 is where it’s at, folks. END_OF_DOCUMENT_TOKEN_TO_BE_REPLACED

Comments Off on Laura Bruno – Detroit Bankrupt? So What! “We Don’t Need No ‘Stinkin’ Government” – 5 September 2013 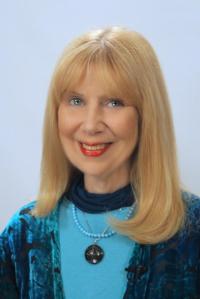 The new moon on the 5th offers an expanded opportunity to get a fresh start in your life.

Relationships and conscious relating are the watchwords for your fresh start – whether you want more career success, more confidence expressing yourself, more harmony with others, or more financial abundance. You will have more of everything you want – including love – as you address how you relate to yourself, others, and the world. END_OF_DOCUMENT_TOKEN_TO_BE_REPLACED

Posted on September 5, 2013 by lucas2012infos | Comments Off on John Ward – Greece : The Final Proof That Samaras & Venizelos Have Sold Hellenic Sovereignty To The Troika – 5 September 2013

Recently, the Troika of international lenders told the Athens Coalition that its State-owned defence businesses must be privatised “and restructured”. Earlier this week, the Greek Government offered an alternative suggestion. Within 12 hours the answer came back, predictably, “No”: the three defence industries LARKO, EAS and ELVO must close immediately without compensation for the fired personnel. END_OF_DOCUMENT_TOKEN_TO_BE_REPLACED

Comments Off on John Ward – Greece : The Final Proof That Samaras & Venizelos Have Sold Hellenic Sovereignty To The Troika – 5 September 2013

I’ve heard that the UK pulled out of the plans to invade Syria and take that as good news.

I also saw this today:

Posted on September 5, 2013 by lucas2012infos | Comments Off on PoliticalVelCraft – Volubrjotr – Finland Braces For End Of NWO Eurozone! – 5 September 2013

The Nordic state is battening down the hatches for a full-blown currency crisis as tensions in the eurozone mount and has said it will not tolerate further bail-out creep or fiscal union by stealth.

“We have to face openly the possibility of a euro-break up,” said Erkki Tuomioja, the country’s veteran foreign minister, one of six that make up the country’s coalition government.

Read the whole story at: www.politicalvelcraft.org / link to original article

Comments Off on PoliticalVelCraft – Volubrjotr – Finland Braces For End Of NWO Eurozone! – 5 September 2013

Posted on September 5, 2013 by lucas2012infos | Comments Off on CommonDreams – Senate Foreign Relations Committee Votes In Favor Of War – 5 September 2013

(Lucas : Even without the hard evidence and even evidence pointing to an accident taken in consideration at all the USA is pushing for a war. It is for me not a debate if you knowingly without evidence or even evidence contrary or fabricated evidence go ahead with a strike, then it is  an act of war and not  an act of peacekeeping. Who gave the USA, or must I say all capitals corporation USA, the right to be the punisher of the world? I did not give my consent to it and almost 7 billion people also not, let alone that almost all people in the US did not. Ask yourselves who are those corporate representatives in your senate and congress really representing? They are not representing you and never did but the corporation USA.  It should have been about serving the people but that was done with after the corporate take over! WAKE UP!)

(NaturalNews) The “TED talks” organization, once founded on the idea of spreading good ideas, has become the new priesthood of status quo dogma. The TED organization doesn’t want you to hear the really important, breakthrough advancements in scientific thinking, and to enforce that intellectual ignorance, it has resorted to censoring and suppressing two of the most important scientists our world has ever produced. END_OF_DOCUMENT_TOKEN_TO_BE_REPLACED