The BBC Trust (it is what it sounds like) periodically reviews (since 2010) the scope and content of its science reporting. They put it this way:

“Scientific developments have the capacity to directly affect us all significantly. Debates relating to everything from climate change to medical advances to DNA technology feature prominently in our public discourse. And ethical, policy and funding questions associated with science arouse strong emotions. As a consequence they often strike at the core of sensitive editorial issues. So it is vital that the BBC’s audience enjoys science coverage of the very highest standards.”

Posted on July 8, 2014 by lucas2012infos | Comments Off on WashingtonExaminer – John Boehner Doubles Down On Presidential Lawsuit – 8 July 2014

A presidential lawsuit could be on the way by the end of July.

Speaker of the House John Boehner announced last month plans to sue President Obama for his use of executive actions to circumvent Congress and not “faithfully executing the laws of the country.”

Read the full story at: www.washingtonexaminer.com / link to original article

Posted on July 8, 2014 by lucas2012infos | Comments Off on TheIndependent – Exclusive: UK Intelligence Services Accused Of Complicity In Torture Of British Citizen – 8 July 2014

Ali Adorus was subjected to electrocution, hooding and beatings during his 18 month imprisonment in Ethiopia

Quote: Britain’s intelligence and security agencies are facing claims that they were complicit in the brutal torture of a British man secretly detained in an African prison.

Posted on July 8, 2014 by lucas2012infos | Comments Off on TheIndependent – Westminster’s Dark Secret: Adultery, Homosexuality, Sadomasochism And Abuse Of Children Were All Seemingly Lumped Together – 8 July 2014

As claims multiply of decades-old establishment cover-up of child abuse, Andy McSmith considers what really went on in political circles in the 1980s

Quote: Thirty years ago last month, speculation about a paedophile ring inside the British political establishment went global – not for the first time. The Toronto Globe and Mail was one of the newspapers to report on it.

Comments Off on TheIndependent – Westminster’s Dark Secret: Adultery, Homosexuality, Sadomasochism And Abuse Of Children Were All Seemingly Lumped Together – 8 July 2014

END_OF_DOCUMENT_TOKEN_TO_BE_REPLACED 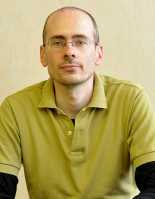 Comments Off on James Corbett – The Corbett Report – Interview 911 – Power Hour: The Federal Reserve Is About Power – 8 July 2014

Summary of Brenda’s July 5, 2014 channeled, free, 15-minute, channeled “Creation Energies” show at  http://www.BlogTalkRadio.com/brenda-hoffman: Your feelings of angst are temporary – until you exit your plastic wrap or after birth. It’s as if the plastic wrap allows you to know where you want to be, but prevents you from shifting to that place. In a few days, that wrap will be discarded and your angst will be forgotten – both by you and those you may be upset with now.You’re also afraid that those you love won’t accept new earth. Not to worry. Those not on an immediate growth path were dismissed by you some time ago. END_OF_DOCUMENT_TOKEN_TO_BE_REPLACED

It seems not even The Pope’s private bank can make money when its only allowed to do it the legal way. As The FT reports, profits at the Vatican bank plunged last year after thousands of accounts were closed as part of an overhaul of the scandal-ridden institution. The Vatican bank, officially known as the Institute for Religious Works (IOR), now has 17,419 customers, down from 18,900 in 2012 and net profit fell from EUR86.6m in 2012 to EUR2.9m last year. So – in sum – accounts fell 8% and profits collapsed 97% – is it any wonder Pope Francis plans to replace the board and all the executives at the ‘bank’.
Read the full story at: www.zerohedge.com / link to original article