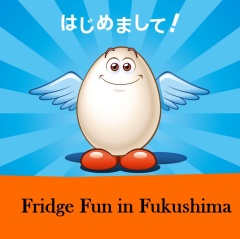 …but it’s back to the Egg for the PR guys

It started with spin, and now it’s ending with more of it. This first one is for real, by the way: the Fukushima Industries Corporation that has adopted an egg as its logo. FIC makes fridges, but is saddled with a name that means Global Obliteration to most people. Enter one attempt to repair some damage. Me, I’d have dropped the name Fukushima, but hope springs eternal in the PR breast, so an egg it is. The egg’s name is Fukuppy. Jolly and happy in Nipponese, less so in English. END_OF_DOCUMENT_TOKEN_TO_BE_REPLACED