Despite being fined more than half a million dollars for blocking guests from using their own personal Wi-Fi, Marriott – along with other hotels – is pushing the government to legalize this behavior.

Standing in the hotel industry’s way is not just the Federal Communications Commission (FCC), which Marriott is asking to rule in its favor, but also technology giants like Google and Microsoft. The two companies have teamed up with the wireless industry trade group CTIA to call on the FCC to reject the hotel industry’s request, Re/code reported on Monday.

The whole debate dates back to a March 2013 complaint, in which consumers stated that Marriott’s Gaylord Opryland Hotel and Convention Center was using technology that prohibited guests and exhibitors from setting up their own private hotspot on the hotel’s premises. At the same time, the hotel was charging between $250-$1,000 for Wi-Fi access.

Technology companies are pressing the Senate to pass the USA Freedom Act,a bill that would place limits on domestic surveillance operations run by the National Security Agency. They include some of the biggest names in the industry.

Companies like Facebook, Google, Microsoft, Apple, AOL, Dropbox, LinkedIn, and Twitter are pressing the Senate to pass the USA Freedom Act before the 2013 congressional session ends. The Senate is set to debate the bill on Tuesday. It needs 60 votes to clear a filibuster and move forward for an up-or-down vote.

In a letter sent from CEOs of the leading technology companies to the Senate, the executives asked lawmakers to demonstrate leadership and restore the confidence of internet users while keeping citizens safe.

Read the full story at: www.rt.com / link to original  article

Dozens of tech giants, including Google, Yahoo, Apple, Facebook and Twitter, have written to the US government urging ‘to bring to the floor’ a bill which gives more privacy protection to their users’ emails and other information stored on their servers.

The companies want Email Privacy Act to be approved by the authorities. It was introduced May 2013 and is still waiting to be passed by the US bodies.

The new bill “would make it clear that the warrant standard of the US Constitution applies to private digital information just as it applies to physical property,” say the companies in two letters to House Majority Leader Kevin McCarthy and Senate Majority Leader Harry Reid.

Google has joined five Asian companies to build and operate a new $300 million Trans-Pacific submarine cable system, called FASTER, which will connect the US and two locations in Japan, providing a service 10 million times faster than a cable modem.

The project would see the 9,000-kilometer fiber-optic cable landed at Chikura and Shima in Japan with extensions to other Asian locations in the future, according to the companies.

In the US, the connection will cover major hubs on the West Coast, including Los Angeles, San Francisco, Portland and Seattle.

Google and Microsoft are planning to incorporate a “kill switch” technology into the next versions of their smartphone operating systems as evidence mounts that such features actively deter thieves.

Under growing pressure from public officials, the companies have said they will add mechanisms to remotely disable their devices, similar to one introduced by Apple last year.

Google will add a “factory reset protection solution” to its next Android system, the company said in statement Friday. Microsoft’s Vice President for US Government Affairs Fred Humphries in the meantime said his company will offer a new anti-theft mechanism in the next system update for the phones which operate its software, including those made by Nokia.

Comments Off on Google, Microsoft Will Protect Smartphones From Thieves With ‘Kill Switches’ – 21 June 2014

Google, Yahoo, Facebook And Microsoft Push Back On Surveillance Gag Orders – 24 May 2014

(Lucas: Oh really, and are they also now retracting from all the treaties and agreements like TTIP to guard real privacy from corporations and your government colluding in gathering data and using it, and trying to control your internet! If you still belief your Net Neutrality and privacy and constitutional rights to be secured, get real!!! )

A number of large tech companies are pushing back against US government orders that they not disclose the number of data requests made as part of ongoing investigations, according to court documents unsealed on Friday.

The government gag orders are related to US intel requests to turn over information deemed of interest to national security, the details of which became public through leaks by former National Security Agency contractor Edward Snowden beginning last year.

The so-called “national security letters” forbid tech companies from disclosing information regarding the intel requests. The Snowden leaks made waves among a number of Silicon Valley heavyweights upon their publication, as they implied to critics that private customer data was ripe for the taking.

Comments Off on Google, Yahoo, Facebook And Microsoft Push Back On Surveillance Gag Orders – 24 May 2014

Russian state-owned telecoms company Rostelecom has launched a trial version of its Sputnik search engine offering approved links and information helpful to everyday life, such as buying the cheapest medicine or applying for a passport.

The debut of the new search engine was announced Thursday at the 18th International Economic Forum in St. Petersburg dubbed the “Russian Davos”.

The engine is referred to as “safe search”, because no unchecked links should appear in its results.

“We’ve indexed over 10 billion documents on the Russian internet, picking the most reliable, and full and official sources of information,” the company said in a statement.

“We consider the absence of unreliable information crucial for users rather than the recall ratio. Such an approach is at the core of the Sputnik concept“, said Aleksey Basov, Vice President of Rostelecom and Chairman of Sputnik.

Comments Off on Russia Launches ‘Safe Search’ Sputnik To Rival Yandex, Google – 23 May 2014

PandoDaily has uncovered a wide-ranging scandal among tech giants. It’s basically an illegal scheme to limit wages by agreeing not to lure employees away from each other with the promise of higher salaries.

END_OF_DOCUMENT_TOKEN_TO_BE_REPLACED

Posted on December 10, 2013 by lucas2012infos | Comments Off on Infowars – Apple, Google, Microsoft And More Demand Sweeping Changes To US Surveillance Laws – 10 December 2013

(Lucas : Does it matter if companies want to change surveillance laws if on the other hand the push for TPP signing is happening and this TPP gives the big corporations the full power to dominate our world over governments and you (which are also corporations by the way) and your vote  is nothing else than voting in a corporate representative. Your Constitution and Bill of Rights are nothing else than the leeway you get within the matrix of the corporate state and world. They will your rights step by step and are doing so  already. You have since birth become a “person” a corporate entity that got a birth certificate to proof it . They prey on your  hidden money fund that you will not have access to ever as already all you own in debts and whatever was paid for. So why pay for things, taxes, etc.  Learn, read, educate yourselves. Wake up!) 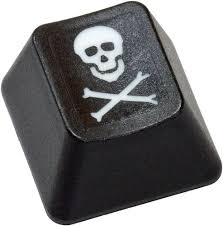 Summary: The four major advertising giants have signed voluntary codes to help combat online nasties and to improve the integrity of online e-commerce

AOL, Google, Microsoft, and Yahoo are among a handful of major advertising companies that have signed a voluntary code of practice that aims to address piracy and counterfeiting. END_OF_DOCUMENT_TOKEN_TO_BE_REPLACED