As President Obama gets closer to making his deal with the Republicans on the budget, the most important thing to keep in mind is that the fiscal cliff is an artificially contrived trap. Were it not for the two Bush wars and the two Bush tax cuts and the House Republican games of brinksmanship with the routine extension of the debt ceiling, there would be no “fiscal cliff.”

Rather, there would be a normal, relatively short-term increase in the deficit resulting from a deep recession and the drop in government revenues that it produces. When the economy recovered, the deficit would return to sustainable levels. In the meantime, these deficits are necessary and useful to maintain public spending as a tonic to the economy. END_OF_DOCUMENT_TOKEN_TO_BE_REPLACED 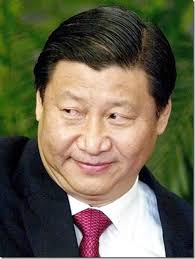 In just a few weeks, some kind of UFO-related secrets will be revealed at a Smithsonian Institution affiliated museum.

That’s the implied promise in the title of a special lecture coming up at the National Atomic Testing Museum in Las Vegas on Sept. 22.

The secrets haven’t yet been revealed, but the players involved certainly present the potential for something intriguing to emerge from this one-night event that’s part of the museum’s ongoing Area 51 lecture series. END_OF_DOCUMENT_TOKEN_TO_BE_REPLACED

Huffington Post – Will Bunch – From Miami Beach To Tampa, 40 Years Of Fear And Loathing Democracy – 28 August 2012

The last time they held the political conventions in Florida was 1972. It was the summer that I turned 13 years old, and I was falling in love for the first time.

With politics, that is.

Forty years ago, Miami Beach — a half-day’s swamp drive across the sweltering Sunshine State from the hockey-rink home of the 2012 Republican convention — was the pulsating heart of U.S. politics. Terrified by the violence and unrest of the 1968 Democratic confab in Chicago, both parties saw the beachside city, with its gated, spread-out rococo resorts, hippie-friendly police chief and distance from the hubs of campus protest, as the last safe place in America. END_OF_DOCUMENT_TOKEN_TO_BE_REPLACED

Comments Off on Huffington Post – Will Bunch – From Miami Beach To Tampa, 40 Years Of Fear And Loathing Democracy – 28 August 2012

Arianna Huffington – Shadow Conventions 2012: What They Will Not Be Talking About In Tampa And Charlotte – 28 August 2012

Tampa, Florida has more homeless people per capita than any city in America. Yet you won’t hear much — if any — talk from the podium on the Frank Lloyd Wright-inspired convention set about America’s poverty crisis.

And this lack of attention won’t be exclusive to the GOP. You can expect more of the same (or is that actually less of the same?) when the Democrats descend on Charlotte next week — after all, President Obama hasn’t devoted even one speech to the subject of poverty since he moved into the White House. END_OF_DOCUMENT_TOKEN_TO_BE_REPLACED

Comments Off on Arianna Huffington – Shadow Conventions 2012: What They Will Not Be Talking About In Tampa And Charlotte – 28 August 2012

Tagged 2012, 28 August, Arianna Huffington, Disclosure, Earth, Huffington Post, news, Shadow Conventions 2012: What They Will Not Be Talking About In Tampa And Charlotte, spiritual, Spiritual evolution, World

Conservative activist James O’Keefe will skip his scheduled trip to the Republican National Convention, citing “government restrictions” that will prevent his appearance.

O’Keefe was slated to be the guest of honor at a Tuesday luncheon hosted by the James Madison Institute, a free-market oriented think tank. However, according to a statement on the organization’s website, O’Keefe was forced to cancel his trip. END_OF_DOCUMENT_TOKEN_TO_BE_REPLACED

EDINBURGH, Aug 23 (Reuters) – Elisabeth Murdoch urged the media industry on Thursday to embrace morality and reject the pursuit of profit at all costs, which her brother James championed before scandal engulfed News Corp.

In a speech offering a chance to show her credentials to take over her father Rupert’s empire, she said profit without purpose was a recipe for disaster, and the phone hacking scandal at the News of the World newspaper showed the need for a rigorous set of values. END_OF_DOCUMENT_TOKEN_TO_BE_REPLACED

As I write this op-ed, I primp for the mirror — looking for the most flattering pose — for my mug shot. Now, don’t get the wrong impression; I haven’t been arrested and charged with a federal felony — yet. Nor is the preparation done in anticipation of a guest stint on “America’s Next Top Model” — but as a common sense reaction to Obama’s predictable signing of the latest assault on the Bill of Rights — namely — H.R. 347 (and it’s companion senate bill S. 1794); aka the “Federal Restricted Buildings and Grounds Improvement Act of 2011.” Sounding more like an appropriations bill authorizing monies for federal grounds landscaping — this bill, better known to those in the DC beltway as the ‘Trespass Bill’ — potentially makes peaceable protest anywhere in the U.S. a federal felony punishable by up to 10 years in prison. END_OF_DOCUMENT_TOKEN_TO_BE_REPLACED

If you’re in the military and have ever seen what you believe to be a UFO, but were reluctant to mention it for fear of ridicule or, worse, repercussions that might end your career, take heart. Things may change.

A former military insider with top secret clearance who created Advanced Theoretical Physics — a group of top-level government officials and scientists brought together to study UFO reports — has just called on three of the highest-ranking military and intelligence officials in the Obama administration. END_OF_DOCUMENT_TOKEN_TO_BE_REPLACED