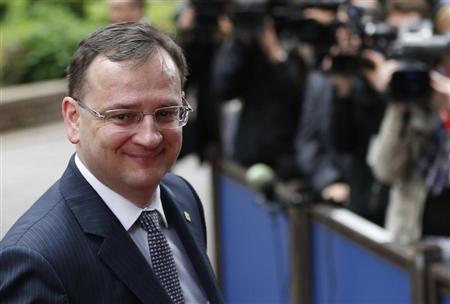 (Reuters) – Czech prosecutors asked the lower house of parliament to lift the immunity of former prime minister Petr Necas on Monday, the first time in the country’s modern history that a head of government may face criminal charges.

Necas, 48, quit as prime minister last month after a close aide was charged with bribery and abuse of office, but he remains a member of parliament and has parliamentary immunity.

Read the whole story at: www.reuters.com/ link to original article