Is this a Black Pope shake up, a White Knights clean up or Pluto in Capricorn?

In the middle of world-wide growing unemployment and a dwindling middle class!

Australia – A director at Australia’s Qantas Airways – Corinne Namblard – “resigned from the board,  over Italy bank scandal links” – 2/24/2013

China – Chairmen of two major banks: Resignations Suggest Shift for China’s Banks? – Guo Shuqing of China Construction Bank Corp. & Xiang Junbo of the Agricultural Bank of China – resigned in order to take up government posts. These moves are seen as an indicator of change at China’s banking regulators. – 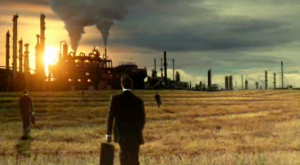 Germany – Member of editorial board of Italian anatomy journal (paper that denied HIV-AIDS link) & cell bioloist at Jacobs university in Germany. Hanne Mikkelsen, associate professor of molecular medicine at the University of Copenhagen, Denmark, says that she too is considering resigning her position.” – Klaudia Brix  – resigned after investigation – 1/30/2012

Greece – Banks’ top negotiator IFF – nstitute of International Finance Managing Director – Charles Dallara – left the country, would continue having negotiations via telephone, said he had longstanding appointments outside of Greece.  Seems like a resignation. – 1/21/2012

Haiti – Prime Minister abruptly resigns post – a physician who previously served as an aide to Bill Clinton in the former U.S. president’s role as U.N. envoy to Haiti –

Italy – police seize 6 trillion worth of fake U.S. Treasury bonds and other securities in Switzerland, and arrested eight Italians accused of international fraud and other financial crimes. – 2/15/2012

Nigeria – The Board of United Bank for Africa Plc, the pan African financial services Group with presence in 19 countries across Africa – Mr. Victor Osadolor – resigned – 1/1/2012

Russia – Senior lawmaker from Russia’s governing party, who was also the chairman of Parliament’s ethics committee – Vladimir A. Pekhtin – resigned, lied about how much money he owes to Florida real estate- 2/20/2013 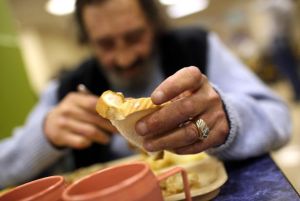 UK – Millionaire Banker, the former chairman of BTA Bank – Mukhtar Ablyazov – sentenced to prison, hiding in France, is alleged to have conducted fraud “on epic scale” while in charge of the bank. – 2/24/2012

UK – Departure the chairman of Scottish Widows and group deputy chairman – Lord Sandy Leitch – There could be no Scottish representative on the board of Lloyds Banking Group, owner of Bank of Scotland, in future –

UK – 3 Royal Bank of Scotland Bankers emerged as being among the 16 individuals arrested as part of investigation – Vincent Walsh, a director of Royal Bank of Scotland’s UK equities business, Jason Edinburgh, a senior equities trader at RBS, and Michael Elsom, a senior trader at broking firm Marex Spectron – 16 total – resign over indictment, will be leaving – 2/16/2012

US – director of the Department of Pesticide Regulation (DPR) – Mary-Ann Warmerdam – Resigned, will work with Clorox – 3/16/2011

US – dean of the new dental school at East Carolina University – Dr. James Hupp – resigned as dean, but will remain as faculty – 8/16/2011

US – Twitter Inc. engineer credited with being instrumental in helping Twitter leave its Fail Whale behind – Evan Weaver – resigned- 8/18/2011

US – Oregon State Police trooper who was once in charge of the force’s Portland office – Malcom Lewis – resigned, meth use – 12/30/2011

US – Two Top Morgan Stanley Bankers – Tarek “Terry” Abdel-Meguid and Joseph Perella – resigned, may mean that firm is no longer able to be independent – 2/5/2012

US – President/CEO of Foster City Chamber of Commerce  (CA) – Chris Messina –  resigned to become the new president of the Napa, CA chamber – 2/15/2012

US – Tim Geithner (Treasury Secretary) was arrested and released!! – Regarding AIG and the Federal Reserve – 2/24/2012

US – Executive Director of the Wabash County Chamber of Commerce (IL) – Tanja Bingham – resigned to work as a financial advisor for Edward Jones, an investment company – 7/9/2012

US – Anderson county’s former director of grants – Alan Beauchamp – fired, only fishy thing about it is that his mother filed a whistleblower official report claiming company’s inappropriate sexual acts – 9/6/2012

US – President of the Kissimmee/Osceola Chamber of Commerce -Mike Horner – resigned, criminal investigation found him on a client list at a brothel – 10/12/2012 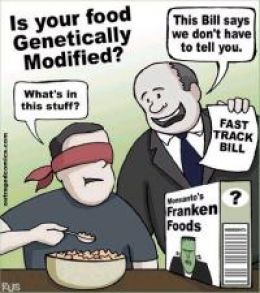 US – President/CEO of Troy Chamber of Commerce (MI)   – Michele Hodges -resigned, left to become president of the Belle Isle Conservancy in Detroit – 12/6/2012

US – Politician in the senate – Jim DeMint – resigned to become president of the social engineering entity, the Heritage Foundation – 12/7/2012

US – President of Greater Mystic Chamber of Commerce (CT) – Tricia Cunningham – resign, will become the Director of Development and Community Relations at Fairview Odd Fellows Home of Connecticut – 12/13/2012

US – President of Orlando Inc. –    Leslie Hielema – resigned to take a job as vice president of The Orlando Center of the Florida Institute of Technology – 12/13/2012

US – Highly-regarded technologist at Best Buy- Stephen Gillett – resigned, in order to move to Symantec as COO – 12/19/2012

US – State Department security chief, Assistant secretary of state for diplomatic security, and  deputy assistant secretary responsible for embassy security, plus one other  – Eric Boswell, and Charlene Lamb – resigned due to Benghazi report – 12/19/2012

US –Scientist at San Francisco’s Gladstone Institute, studying a compound that has potential to protect the brains of people suffering from Alzheimer’s or Huntington’s disease. – Paul Muchowski – resigned, faked data for a grant application – 12/31/2012

US – AOL Time Warner chairman, helped merge AOL time Warner – Steve Case – resigned, will still serve as director but not be in leadership – 1/13/2013

US – Great Passion Play in Eureka Springs: the entire 8 person board, every member –  resigned, replaced with three person board – 1/15/2013

US – CFO and executive vice president of operations at Bothell, WA-based OncoGenex Pharmaceuticals  – Michelle Burris – resigned, due to relationship with supervisor, will still remain in company – 2/4/2013

US – President of The Chamber of Commerce serving Middletown, Monroe and Trenton (OH) – Bill Triick – fired/resigned –  2/8/2013

US – CEO, CMO of Good Technology, a maker of mobile enterprise software – King Lee, Jim Moise –  resigned, Lee will be staying on as an executive – 2/8/2013

US – Marine General of Europe Command – Lead American and allied forces in Europe, was nominated by the White House to take over the alliance’s most senior military role – John Allen –  resigned/retire, related to Petraeus CIA affair scandal 2/19/2013

US – Petron Corp. president  – Eric O. Recto – has resigned from his post but will move on to fill the newly created position of vice chairman of the board – 2/19/2013

US – New York City television news anchor (CBS) –  Rob Morrison – resigned.. three days after he was charged with choking and threatening his wife – 2/20/2013

US – State Board of Education Recommends Removal of Six DeKalb school board Members. The state board of education voted unanimously for the be removal of Sarah Copelin-Wood, Donna Edler, Eugene Walker (check), Jay Cunningham, Nancy Jester and Pamela Speaks from the DeKalb school board.  Still waiting on them to respond –  2/21/2013

US – Executive Director of Marblehead Chamber of Commerce (MA) – Ann Marie Casey – resigned, will become executive director of the North of Boston CVB – 2/23/2013

US – President/CEO of Dearborn Area Chamber of Commerce (MI) – Jennifer Giering –resigned, leaving to work for “Hiring Our Heroes”, part of the U.S. Chamber’s initiative for veterans – 2/25/2013

US – CA County Supervisor – George Shirakawa – resigned, charged with a dozen felony and misdemeanor counts including perjury and misuse of public funds  – 3/1/2013

US – Dean of the College of Science and Engineering at St. Cloud State University- David DeGrotte –resigned -3/1/2013

US – Virginia National Bank – MANY quit. – Mark Giles, Ms. Claire Gargalli, Mr. Leslie Disharoon,  Neal Kasell plus neither one third of the board of trustees.  Steve Perry, CFO and chief operations officer died of cancer.  Others include questions on the vice chairman, Hunter Craig, and fellow board member Wick McNeely (millionaires) – resigned

Venezuela  – Banco Real president, plus 30 bank executives for alleged violations at 7 banks – Arne Chacon  Escamillo arrested, plus 30 total  were arrested in connection with 7 different banks, all shut down – arrested – 12/6/2009

101 Resignations from the World Bank*

Bankers and Feds Living-off the Grid or Preparing for an Event!*

Why Would a Pope Seek Immunity After Resigning!

Labour Pains of a New Worldview

When Sincerity is in Doubt, even the Pope’s Dove of Peace is Challenged!*

The End of Times and ‘The Lost Book of Enki’: Sumeria

Corporate PSYOPS, Symbolism and the Illusion of Democracy!

Global Banksters Gunning for Correa for Taxing Them!*

Even the Vatican is Deemed Not Credit Worthy!

One of the Most Powerful and Feared Lawmakers Sentenced, Almost!

Comments Off on Hwaairfan’s Blog – Mass Arrests, Resignations & Retirement Of The Elite – 9 March 2013

This list seriously never ends.  But, humanity, here you go.  My service to you at this point in time….
It will be updated, the number will go up as I (and others– anyone’s welcome, please no duplicate data, search before you add, also please no false data) research more and as more elite leave their posts.

My primary reason for starting this huge list was to see whether the galactic federation really are credible, and I saw this as one way to do that.  Over the last two years, they’ve been claiming that elite are leaving their posts…. and I wasn’t seeing proof.  Well.  I found proof.
But, galactic federation “believer” or not, you should really look at this document.  It’ll open your eyes and leave you questioning… is this normal?  so many elite leaving their posts? END_OF_DOCUMENT_TOKEN_TO_BE_REPLACED

Comments Off on What An Open Mind Can Learn – Proof Of 700+ Elite Resignations, Mass Arrests, Retirements – 9 March 2013

( Lucas: I have posted this to let you see how the reasoning of some people is to discredit or not see what is out there and even proven with real evidence. So what is disinformation. I think this commentary is a good example. Talking about psy-ops and false flag ET etc. You should know by now that there is proof enough released and disclosed about ET that a statement like come on people they are man-made is in itself ridiculous. But See for yourself.  And remember see, hear and read all with discernment even this note of mine. Not all might be your truth or  the whole truth or even a distorted truth. In my opinion this guy us terribly misinformed. )