Presidents from the US and Cuba have historically sat down at a negotiating table for the first time in more than 50 years. Barack Obama met with his Cuban counterpart Raul Castro to discuss relations between the two countries.

The meeting has been confirmed by the White House press service.

“We are now in a position to move on a path toward the future,” Obama told Castro at the meeting. “Over time it is possible for us to turn the page and develop a new relationship between our two countries.”

“We are willing to discuss everything but we need to be patient, very patient,” Castro replied.

Comments Off on Obama, Castro In First Sit-Down Between US, Cuban Leaders In More Than 50 Years – 12 April 2015

The option of supplying Kiev with “lethal defensive weapons” is on the table, Barack Obama said in a joint press conference with Angela Merkel. However, the German chancellor reiterated there is no “military solution” to the conflict in eastern Ukraine.

“The possibility of lethal defensive weapons is one of those options that’s being examined,” the US president said during a joint press conference with Merkel in Washington.

“I want to emphasize that a decision has not yet been made,” Obama said when questioned about weapons a second time. “It is true that if, in fact, diplomacy fails, what I’ve asked my team to do is to look at all options. What other means can we put in place to change Mr. Putin’s calculus?”

The Americans have called the country’s weak government leadership their top concern and the main problem faced by the US in 2014, a survey by Gallup said.

“In 2014, four issues generated enough public concern over enough months for at least 10 percent of Americans, on average, to identify each of them as the nation’s most important problem,” the Gallup poll read. “Complaints about government leadership including President Barack Obama, the Republicans in Congress and general political conflict led the list, at 18 percent.”

It is the first time ever in Gallup records that dissatisfaction with the way the US is governed has been named the primary concern by the population and the first since 2007 when the economy is not number one among concern for Americans.

Comments Off on Obama, Congress And political Conflict: US Govt Tops List Of Americans’ Concerns In 2014 – 3 January 2015

In response to Iraq Splinters Into Pieces, Thank George Bush and the Neocons, I received emails from Neocon true believers and others who want to whitewash Bush’s role in creating this mess.

One person said Democrats are “equally” to blame.

How laughable. Had Bush not trumped up lies, sucking Colin Powell along for the ride, the war would never have happened. Period.

Yes, Democrat nutcases went along for the ride, notably Hillary Clinton. And had she just apologized for her stupidity, she might have won the nomination instead of Obama. END_OF_DOCUMENT_TOKEN_TO_BE_REPLACED

WASHINGTON (Reuters) – After an acrimonious year where they failed to agree on almost anything, President Barack Obama will host Republican Speaker John Boehner for a rare one-on-one meeting on Tuesday, the White House said.

Read the full story at: www.businessinsider.com / link to original article

Tomorrow marks the two-week anniversary of the Obamacare rollout. Inquiring minds may be wondering how things are going. The short answer is exceptionally poorly.

Hawaii is not even up and running yet due to software glitches. On day 10, some sites reported that a mere 51,000 signups had occurred. Other places said it was double. END_OF_DOCUMENT_TOKEN_TO_BE_REPLACED

Posted on October 14, 2013 by lucas2012infos | Comments Off on NaturalNews – Mike Adams – Strategy Shifts Away From Defunding Obamacare To Simply Allowing It To Self-Destruct – 14 October 2013

(NaturalNews) Alex Jones posed a question to me during an appearance on his live radio show Friday. The question was whether those of us opposed to Obamacare should stop trying to politically defund the project and simply stand back and let the thing self-destruct on its own. Now that Healthcare.gov has been exposed as being written in disastrously bad computer code requiring years to repair, any attempt by Republicans to interfere with the funding of the system will only cause the inevitable implosion of it to be blamed on them. END_OF_DOCUMENT_TOKEN_TO_BE_REPLACED

Some things you may or may not know about Syria, Obama, GMO’s and the Banksters:

In October 2012, Syria’s President Assad banned GMO’s in food “to preserve the health of human beings, animals, vegetables and the environment.”

Contrast this to the Monsanto Protection Act that Congress and Obama approved, even after scientific studies proved the cancerous and other illness causing effects of GMO’s. Contrast this also to the next generation of GMO approval — seeds genetically engineered to withstand even more toxic herbicide and insecticidal sprays, crops “designed to work with dicamba (a developmental or reproductive toxin), isoxaflutole (a carcinogen), and 2,4-D, which was one of the two chemicals that made up Agent Orange, the toxic defoliant the U.S. sprayed in Vietnam.” And again, contrast Syria’s GMO ban with the secret TPP trade agreement pushed by the Obama Administration — an agreement that Congress has been denied access to see, though leaked documents reveal that (among other things) the TPP threatens to remove nations’ ability to ban GMO ingredients or assert food quality control standards. END_OF_DOCUMENT_TOKEN_TO_BE_REPLACED

Ron Van Dyke – Obama, Romney Or Neither… The US Selection Process – 4 November 2012

Uploaded on 4 November 2012 by paradoxman316 To me, it’s a misnomer to call what MAY happen next Tuesday: an election. I gave up voting in the last presidential selection when I finally realized that what we call elections are fixed and predetermined. Of course there may be some good alternatives on the ballots in most states; but they are irrelevant…unfortunately. Those that control the Matrix will not allow any choices that could lead to significant change in US and global politics. I’m even watching a process in the Republic movement to elect a new president and vice president. Today, I will share my opinions and perspective in this area that many “spiritual” people try to avoid.

Comments Off on Ron Van Dyke – Obama, Romney Or Neither… The US Selection Process – 4 November 2012 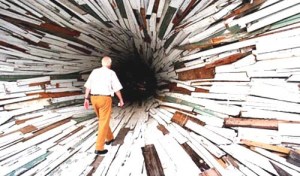 After I finished my sharing yesterday I really did go take a bath.  I really just wanted to settle the energy down that was bulging thru every strand of my consciousness.  Instead, I was just sitting in my tub, taking in everything that I had shared yesterday when all of a sudden, I swear to god my bathtub had an earthquake.  Ok it didn’t literally quake… but might as well have.  I could feel the energy shaking and rattling and moving and I thought… what the shit??  I sat there for what felt like a whole minute feeling this energy quake and then all of a sudden I had seen something spread open.  If this was an actual earthquake, I would have sworn it was the earth and maybe it was on some level.  The billowing of energy really caught me by the surprised heart-strings. END_OF_DOCUMENT_TOKEN_TO_BE_REPLACED