US stock futures fell along with shares in European companies exposed to Russia, as the ruble and crude oil slid to new record lows on Tuesday.

The Russian ruble lost over 20 percent against hard currencies on Tuesday. At its worst the ruble plummeted to 75 against the US dollar, and traded at almost 100 to the euro on the Moscow Exchange. 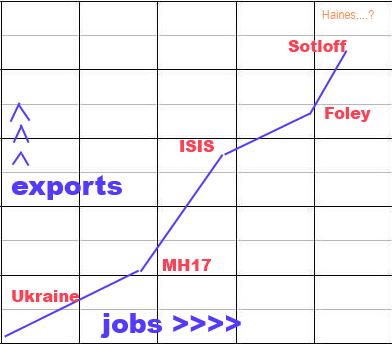 After sabre-rattling in Ukraine and beheadings in Iraq, spending 2% on defence is firmly on the NATO agenda. But what’s the agenda? The Slog investigates and speculates. END_OF_DOCUMENT_TOKEN_TO_BE_REPLACED

We come to speak to you today about the importance of living your life as the human having a cosmic, spiritual experience.  We have loved you and been with you for lifetimes as you have incarnated here doing your work for Gaia.  But, now more than ever, it is important that you integrate the cosmic consciousness as part of your natural way of being.  Do not see us as beings outside of yourselves.  See us as mere reflections of a beautiful connection to Source.  We are waiting for you for the time when we shall actually live side by side in our forms as well.