The author is a Reuters Breakingviews columnist. The opinions expressed are his own.

China’s bad debts could blow a $500 billion hole in bank balance sheets. That’s roughly how much extra equity the eleven biggest lenders might need if 10 percent of their loans went sour, according to a Breakingviews calculator. Though the chairman of ICBC, China’s biggest lender, thinks dismal bank valuations are “unfair”, the malaise is well deserved. END_OF_DOCUMENT_TOKEN_TO_BE_REPLACED

(Lucas: This news is from 2 september: read the whole story.)

(Reuters) – Syria has asked the United Nations to prevent “any aggression” against Syria following a call over the weekend by U.S. President Barack Obama for punitive strikes against the Syrian military for last month’s chemical weapons attack.

Washington says more than 1,400 people, many of them children, were killed in the world’s worst use of chemical arms since Iraq’s Saddam Hussein gassed thousands of Kurds in 1988.

Posted on September 3, 2013 by lucas2012infos | Comments Off on Reuters – Ballistic Objects Detected By Russia Fell Into Sea: RIA – 3 September 2013

(Reuters) – Two ballistic “objects” that Russia said were launched toward the eastern coast of the Mediterranean on Tuesday fell into the sea, state-run Russian news agency RIA cited a source in Damascus as saying.

(Lucas : it seems to me there is a provocation going on. Whatever, we need to be responsible to keep seeing we need not go to war anyhow. There is no need to make it into what they want a new conflict of world scale.)

(Reuters) – President Barack Obama said on Thursday he plans to hold a news conference on Friday, the first on his own since April.

“I’m going to be having a press conference tomorrow,” he said as reporters shouted questions after he met with Greek Prime Minister Antonis Samaras at the White House.

(Reuters) – Pope Francis said the troubled Vatican bank must become “honest and transparent” and that he will listen to the advice of a commission he has set up on whether it can be reformed or needs to be shut down altogether.

The pope made his comments, his most detailed to date on the bank’s troubles, in his first news conference, a remarkably frank 80-minute meeting with reporters on Sunday night shortly after his plane left Brazil at the end of his first international trip. 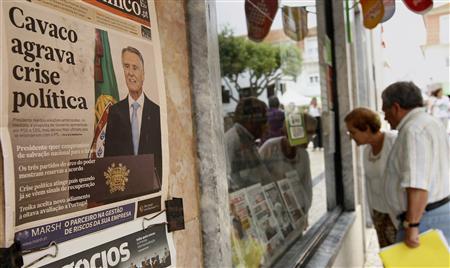 (Lucas : Austerity and bailout crisis brings Portugal out of balance)
By Shrikesh Laxmidas and Axel Bugge

(Reuters) – The opposition Socialists demanded a renegotiation of Portugal’s bailout terms on Friday, raising a hurdle to a cross-party pact the president says is needed to end the euro zone country’s dependence on international funding next year.

Prime Minister Pedro Passos Coelho and Socialist leader Antonio Jose Seguro said they are ready to discuss a deal, but analysts say their divergence on painful austerity policies linked to the bailout could make it hard to resolve the crisis.

July 1 – DNA extracted from cigarette butts and bubble gum found on the streets of Brooklyn is being used by artist Heather Dewey-Hagborg to create realistic portraits of anonymous New Yorkers. The artist says her project is designed to spark debate about the use – or potential misuse – of DNA profiling in society. Ben Gruber reports.

Link to video and article 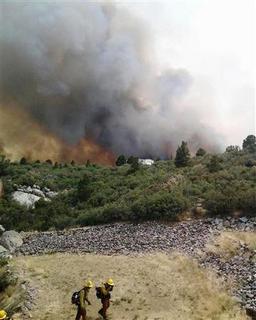 (Reuters) – An elite team of 19 firemen were killed on Sunday in one of deadliest U.S. firefighting disasters in decades as flames raced through dry brush and grass in central Arizona, destroying scores of homes and forcing the evacuation of two towns.

It was the greatest loss of life among firefighters from a single wildland blaze in the United States in 80 years, since 29 men died battling the Griffith Park fire of 1933 in Los Angeles, according to National Fire Protection Association records.

By Kristen Hays and Anna Driver

HOUSTON (Reuters) – A federal judge slashed 10 years off of his prison sentence of former Enron Corp Chief Executive Jeffrey Skilling on Friday, a decision that could set him free as early as 2017.

U.S. District Judge Simeon Lake reduced his term to 14 years from 24 years, accepting a deal struck between prosecutors and Skilling’s lawyers that will end years of appeals. END_OF_DOCUMENT_TOKEN_TO_BE_REPLACED

By Charles Abbott and Meeyoung Cho

(Reuters) – The United States is still racing to determine how unapproved genetically modified wheat was found growing in an Oregon field, a discovery that continued to roil global wheat markets on Friday as South Korean buyers stepped aside.