The time has come to ask two questions of our oligarchies: Are you being serious? And What TF is going on?

You see, the thing is, it’s all about geopolitics really. Well…and oil, too. Geoilpolitik as German academics might say. But the major problem with reducing this sauce down to one word is, it doesn’t get us anywhere: we still have no idea what on earth’s going on. END_OF_DOCUMENT_TOKEN_TO_BE_REPLACED

Posted on May 8, 2014 by lucas2012infos | Comments Off on John Ward – Life Under The Knife For David Cameron, Ed Miliband, George Osborne, Nigella Lawson, Rupert Murdoch, And Russell Brand – 8 May 2014

….Ed Miliband is backing David Cameron’s plan for tougher sentencing on the use of knives. “I’m in total agreement with the Prime Minister on the need to reduce knife violence,” he told a press conference this afternoon, “it must be stamped out”. Westminster sources later confirmed that equal sentences would be handed out whether Leaders had been stabbed in the front or the back. END_OF_DOCUMENT_TOKEN_TO_BE_REPLACED 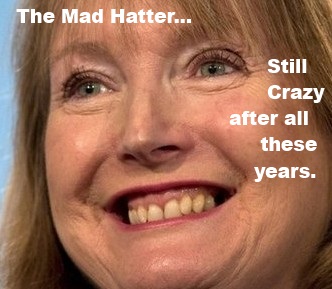 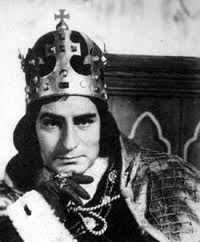 (Lucas : I mostly have to laugh at the cynicism and sarcasm John accumulates in his posts, it is so much over the top it becomes funny, like a slapstick movie.)

It’s been a helluva week for royal stories, and a timely reminder that the Murdoch cancer is still among us. But if nothing else, the varietal sweep of history has been both fascinating and hilarious.

Other Windsor soap episodes aside this week, I’m a little suspicious of the one about Richard III having been buried in a car park. I mean for one thing, in those days they didn’t have cars did they? Right then. So that’s all that bollocks deconstructed. END_OF_DOCUMENT_TOKEN_TO_BE_REPLACED

Yesterday a window opened, one quickly closing.  Major newspapers and news outlets including the Wall Street Journal, Forbes, Reuters and others announced and the billionaire gambling “magnate,” some call him “mob boss” who runs gambling from Las Vegas to China where he is fighting bribery charges, is facing a major criminal investigation. END_OF_DOCUMENT_TOKEN_TO_BE_REPLACED 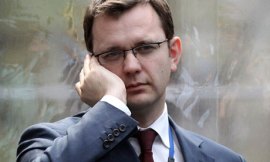 The 44-year-old former Number Ten mediacomms boss reporting direct to Prime Minister David Cameron was detained in London this morning by officers from Strathclyde Police. He will shortly be arriving in Glasgow to undergo interrogation on suspicion of committing perjury during the infamous Tommy Sheridan trial. The case relates to allegedly false accusations made by Andy Coulson against the Scottish MP while he (Coulson) was editor of now defunct Murdoch newspaper The News of the World. END_OF_DOCUMENT_TOKEN_TO_BE_REPLACED

Slog Jubilee Special cut out and keep souvenir.  In your Hackgate anniversary special:

-Senior Met Police WAGS on how they spend hubby’s cash 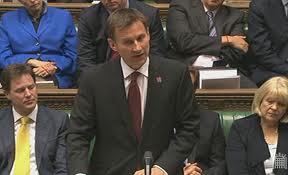 Hunt…a lot to explain at Leveson

Culture Secretary Jeremy Hunt has direct and potentially very beneficial partnering links with the Newscorp empire run by Rupert Murdoch. He has never declared these – which, for a Minister of the Crown appointed to independently adjudicate on the success or failure of a crucial Newscorp bid, is an obvious abuse of his position. END_OF_DOCUMENT_TOKEN_TO_BE_REPLACED

Various media across the world referred to Rebekah Brooks’s appearance at the Leveson Enquiry on Friday as ‘a grilling’. Bollocks. It was anything but.

Throughout her evidence, this ghastly woman found difficulty in holding back an understated yet utterly twisted smile. At no point in the proceedings was she caught out or ill at ease. She complained constantly that she did not have access to her diaries and notes. I waited in vain for somebody in authority to ask her why not. END_OF_DOCUMENT_TOKEN_TO_BE_REPLACED

Rupert Murdoch sounded off on Saturday about the White House’s rejection of SOPA and PIPA, the controversial anti-piracy bills currently being debated in Congress.

“So Obama has thrown in his lot with Silicon Valley paymasters who threaten all software creators with piracy, plain thievery,” he wrote on Twitter. ”Piracy leader is Google who streams movies free, sells advts around them. No wonder pouring millions into lobbying.”

Murdoch has lobbied aggressively for the bills, which many critics call web censorship. On Saturday, the White House announced that it would not support the legislation.

Google is one of the most vocal opponents of SOPA and PIPA. Co-founder Sergey Brin has saidthat the bills “give the U.S. government and copyright holders extraordinary powers including the ability to hijack DNS and censor search results (and this is even without so much as a proper court trial).”