Stephen Cook’s guest is SUZY STAR, an 82 years young starseed who is still shining brightly… on this special 80-minute edition of The Light Agenda.

Suzy is an incredible lady I met through the2012Scenario website. She has since won my heart – and will no doubt win yours, too. Her life is simply amazing,.. END_OF_DOCUMENT_TOKEN_TO_BE_REPLACED 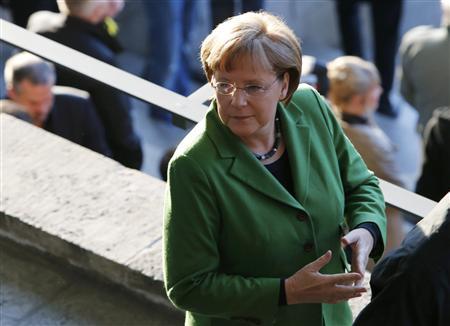 (Reuters) – Chancellor Angela Merkel’s conservatives suffered a crushing defeat on Sunday in an election in Germany’s most populous state, a result which could embolden the left opposition to step up attacks on her European austerity policies.

The election in North Rhine-Westphalia (NRW), a western German state with a bigger population than the Netherlands and an economy the size ofTurkey, was held 18 months before a national vote in which Merkel will be fighting for a third term.

Read the whole article at:  http://www.jhaines6.wordpress.comlink to article /www.blogs.reuters.com/stephen-brown/    link to original article