Posted on September 9, 2013 by lucas2012infos | Comments Off on Robert Parry – Congress Was Denied The “Secret Details” Regarding The Alleged Chemical Weapons Attack – 9 September 2013

While seeking authority for a limited war with Syria, the Obama administration withheld from the American people the U.S. intelligence on the alleged chemical weapons attack of Aug. 21, amid assurances that Congress got all the secret details. But that doesn’t appear to be true, reports Robert Parry.

A U.S. congressman who has read the Obama administration’s classified version of intelligence on the alleged Syrian poison gas attack says the report is only 12 pages – just three times longer than the sketchy unclassified public version – and is supported by no additional hard evidence.

Rep. Alan Grayson, D-Florida, a member of the House Foreign Affairs Committee, also said the House Intelligence Committee had to make a formal request to the administration for “the underlying intelligence reports” and he is unaware if those details have been forthcoming, suggesting that the classified report – like the unclassified version – is more a set of assertions than a presentation of evidence.

Read the whole story at : www.globalresearch.ca / link to original article

There are two schools of thought:

1. It is written where you would be at this time and place.
2. You create your own destiny.

Can it not be both at the same time? END_OF_DOCUMENT_TOKEN_TO_BE_REPLACED 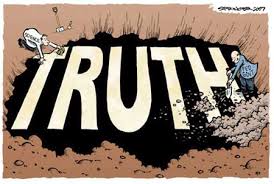 ( Comment : I post this post of Steve Beckow as it has truth in it . Not all, but ok we can not be having the same vision on all.  But foremost the article  shows the frustration of Steve as I have been telling you myself often how difficult it can get if you are questioned, attacked and people ask you lots.  I try to do my best and always think positive of others till proven otherwise. What I  try for sure NOT to be in my messages and articles I write is negative but observing and adding my concerns and comments in that sence. Being truthful in my own view and having factual issues or having another opinion is not the same as being negative or hurtful or even condemning in your messages towards others.   END_OF_DOCUMENT_TOKEN_TO_BE_REPLACED

The crew of An Hour with an Angel was discussing matters after the show Monday.  One of the things we commonly agreed on was that we have to address the difficulty presented by the hugely exciting events in the offing, and the relationship of excitement to drama, and snapback, etc. END_OF_DOCUMENT_TOKEN_TO_BE_REPLACED

It’s important to review what SaLuSa and Mike Quinsey have said right out of the starting gate. Stephen has said what I’m about to say here. Andrew has.  But I worry that, even though we’ve been crystal clear, some people will not see it or catch SaLuSa’s drift.

I’m also being compulsive about it because I’ve just been raked through the muck on a particular discussion group for exactly these misunderstandings.  So perhaps we can avoid a repeat by going over the details. END_OF_DOCUMENT_TOKEN_TO_BE_REPLACED

I’m in the midst a revolution in my outlook at this moment. It cuts across the importance of so many other things that I’m practically at a standstill with my life.

The importance of Disclosure for me, of pressing matters in my personal and “work” life, of commitments and engagements all pale before the impact of this insight. And what anyone else feels about it becomes inconsequential before what I feel about it. END_OF_DOCUMENT_TOKEN_TO_BE_REPLACED

Tagged 2012, 30 July, channeling, channelings, Disclosure, Earth, news, spiritual, Spiritual evolution, steve beckow, Why Is It So Hard To Do The Right Thing? A Tipping Point, World

Already reports and comments are coming in that suggest that people believe that the 2012 Scenario has said that Disclosure will happen on August 5, 2012.

No, that’s not something we said.

What we’ve said here is that there’s evidence (not conclusive evidence, but suggestive evidence) that the divine deadline before which the galactics have to honor the freewill choices of Earth’s governments will pass on August 4, 2012. END_OF_DOCUMENT_TOKEN_TO_BE_REPLACED

We may have some exciting news … no, scratch that … rumors for you in the next few days. And in light of them, we’re becoming more discerning by an order of magnitude in what we post.

You may wish to listen in to Geoff West’s Cosmic Vision News tonight because he too may be airing some interesting stories. END_OF_DOCUMENT_TOKEN_TO_BE_REPLACED

Geoff West and I interviewed Sierra Neblina yesterday (July 27, 2012) on the pace of Disclosure generally and the significance of the Olympics for Disclosure. Sierra is a Pleiadian starseed with a braided walk-in and a representative of Earth to the Galactic Federation.
She revealed that the galactics are trying to push the hand of some government leaders to acknowledge that the time for Disclosure is well past. For the galactics things are just not going fast enough.
END_OF_DOCUMENT_TOKEN_TO_BE_REPLACED

I know there are readers who’ve grown fond of Ellie Miser and wish to know how she’s doing. Ellie believes – and she’s had messages from her Pleiadian partner, Plen, which appear to confirm – that she’ll be going back to the ships soon after what she refers to as “the event.”

The event is, she believes, a benchmark incident in the opening of our consciousnesses. I’ve heard from others as well that some sort of event in consciousness may or will be happening soon (fairly soon, Earth soon, galactically soon, I cannot tell) but I know too little about it to speak intelligently to it. END_OF_DOCUMENT_TOKEN_TO_BE_REPLACED