In Ritual Bathhouses of the Jewish Orthodoxy, Children Are Systematically Abused

Rabbi Nuchem Rosenberg—who is 63 with a long, graying beard—recently sat down with me to explain what he described as a “child-rape assembly line” among sects of fundamentalist Jews. He cleared his throat. “I’m going to be graphic,” he said.

A member of Brooklyn’s Satmar Hasidim fundamentalist branch of Orthodox Judaism, Nuchem designs and repairs mikvahs in compliance with Torah Law. The mikvah is a ritual Jewish bathhouse used for purification. Devout Jews are required to cleanse themselves in the mikvah on a variety of occasions: women must visit following menstruation, and men have to make an appearance before the High Holidays such as Rosh Hashanah and Yom Kippur. Many of the devout also purify themselves before and after the act of sex, and before the Sabbath.

Read the whole story at: www.vice.com / link to original article

When a little birdie dropped the End Game memo through my window, its content was so explosive, so sick and plain evil, I just couldn’t believe it.

The Memo confirmed every conspiracy freak’s fantasy: that in the late 1990s, the top US Treasury officials secretly conspired with a small cabal of banker big-shots to rip apart financial regulation across the planet. When you see 26.3 percent unemployment in Spain, desperation and hunger in Greece, riots in Indonesia and Detroit in bankruptcy, go back to this End Game memo, the genesis of the blood and tears.

Read the whole story at: www.m.vice.com / link to original article /Thanks Brian for pointing this out: link! 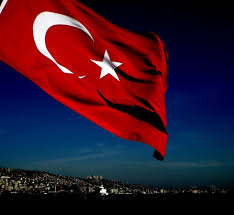 Journalist Tim Pool recently joined the VICE editorial staff to cover breaking news, and his first assignment was to fly down to Istanbul and do a live stream of the protests against the construction of a mall in Gezi Park and Prime Minister Erdogan’s Islamist policies. Tim also produced this documentary about the uprising, which includes interviews with protesters on the ground as well info about the failure of the Turkish media to properly give a shit about the situation. END_OF_DOCUMENT_TOKEN_TO_BE_REPLACED