The children will lead us…..

b.) Boston (fake) Bombing. No one was killed or injured. So, stay calm! It was so poorly executed, that everyone can see through the facade! Its more or less a disclosure. Its waking people up!!!! END_OF_DOCUMENT_TOKEN_TO_BE_REPLACED 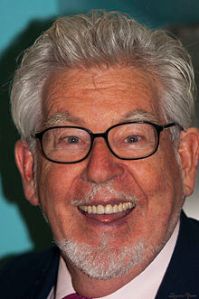 LONDON: Rolf Harris, a veteran entertainer who has released hit singles and painted Queen Elizabeth II’s portrait, has been arrested as part of a police investigation into sexual abuse allegations stemming from the Jimmy Savile scandal, British media reported Friday.

I find it simply amazing how much can be triggered by a reading, by a conversation and by a simple desire to experience that too.  I had a wonderful reading with a man yesterday whose imagery and understanding not only took me by surprise, but got me all kinds of excited within as well!!  Little did I realize just how much his reading affected me!! END_OF_DOCUMENT_TOKEN_TO_BE_REPLACED

Uploaded  on 19 April 2013 by Suspicious0bservers END_OF_DOCUMENT_TOKEN_TO_BE_REPLACED

Uploaded on 19 April 2013 by Ron Van Dyke Today is one of those days where I could go off in literally several different directions to talk about. A lot of info crossed my path in recent days, giving me a fairly broad perspective on what is happening in the collective, or, as Peter van Runt called it in his amazing video [http://youtu.be/CZUGndV-M78] yesterday, the world mind. Indeed, truths about our convoluted world are coming to light faster than ever, accompanied by the experience of greater pain by many. Several people sent me reports about the Boston Marathon event that indicate, once again, that this was yet another planned terrorist attack by elements within our own government. I know, many will simply refuse to even look at the evidence, though I’m sure that will become more difficult to do as more people, armed with cameras, do the job the main stream media refuses to do. Alex Jones quickly reported the truth before the government actors could even hold their official press conference. [http://youtu.be/axQtAFtmtVA]

Friday dawns to give us another of those days when – for me – the chief debate remains, “Is the media-financial-celebrity complex mad or cunning or both?”

In Atlantic magazine, Stephen Fried, the bloke who allegedly came up the word ‘fashionista’, has apologised for creating a ‘word of terrifying power and controversy’. Until he turned guilty, I hadn’t noticed. Mr Fried will not be writing much in the near future as he requires complex ‘inside-out’ surgery after going up himself. END_OF_DOCUMENT_TOKEN_TO_BE_REPLACED

Uploaded  on 18 April 2013 by rich freedomcentral Jordan Maxwell spoke to Freedom Central recently, and imparted much information with regards to his influences, the dark forces at play, and the power structure as a whole.  http://www.jordanmaxwell.com
http://www.freedomcentral.info

I AM two weeks into a mission of light service, opening 5D gateways from Mt. Shasta to Sedona (and probably more). The push to leave Shasta and just go was insistent and direct. After lightening my car’s contents to just the essentials, I left Shasta at dusk and awoke to my mission the next morning in Lake Tahoe. I had cleared and charged Bags of lemurian quartz crystal points in the flowing waters of Stewart Mineral Springs, and began to follow guidance on creating a crystalline gateway corridor from Shasta to Sedona. The corridor would begin along the Shasta Trinity mountains and waters, follow the Sierra Nevadas, then link to the Mohave Desert, Joshua Tree, Lake Havasu, the Grand Canyon, Sedona and beyond. END_OF_DOCUMENT_TOKEN_TO_BE_REPLACED