In what may be the most important story of the day, or maybe year, for a world in which there already is an $11 trillion shortfall in high-quality collateral (and declining every day courtesy of Ben’s monetization of Treasury paper) so needed to support the deposit-free liability structures of the shadow banking system (as most recently explained here), Bloomberg has just reported that Europe may begin a crackdown on that most important credit money conduit: the $80 trillion+ global shadow banking system, by effectively collapsing collateral chains, and by making wanton asset rehypothecation a thing of the past, permitted only with express prior permission, which obviously will never come: who in their right mind would allow a bank to repledge an asset which may be lost as part of the counterparty carnage should said bank pull a Lehman. The result of this, should it be taken to completion, would be pervasive liquidations as countless collateral chain margin calls spread, counterparty risk soars all over again, and as the scramble to obtain the true underlying assets finally begins. END_OF_DOCUMENT_TOKEN_TO_BE_REPLACED

SKYPE SHORT TO A FRIEND…
Here’s a screenshot of the Skype message I sent to Lisa M Harrison earlier today about odd shifts I’ve been experiencing after Tuesday’s The Collective Imagination broadcast. And, of course, I wittingly cast the uncorking of the conundrum on Lisa and her cohorts in Morocco.

Uploaded on 23 May 2013 by dutchsinse END_OF_DOCUMENT_TOKEN_TO_BE_REPLACED

For those of you who missed this morning’s jolly jape about Draghi, Lagarde, van Rompuy and Barroso, unless the Forces of Darkness have taken it down, it should still reside here.  What I really didn’t count on was that news during the day would illustrate beyond any reasonable doubt that, when it comes to eurocrats, the correlation between criminality and incompetence is as near as damnit 100%.

Thus – to add to the earlier four most wanted criminals – we now have their four biggest f**k-ups. END_OF_DOCUMENT_TOKEN_TO_BE_REPLACED

Tagged 2013, 24 May, Disclosure, Earth, John Ward, Lines On The Ability To Be A Top-Four EU Felon And A F**kwit At One and The Same Time, news, spiritual, Spiritual evolution, World

Posted on May 24, 2013 by lucas2012infos | Comments Off on NaturalNews – J.D. Heyes – JPMorgan Exposed : Company Found Guilty Of Masterminding Manipulative Schemes – 24 May 2013

(NaturalNews) The financial institution that came to epitomize the “too big to fail” concept should have been left to its own economic destruction during the days of the Great Recession it helped to cause back in 2008-09, because had it been allowed to go under, its criminal behavior would have ended then. END_OF_DOCUMENT_TOKEN_TO_BE_REPLACED 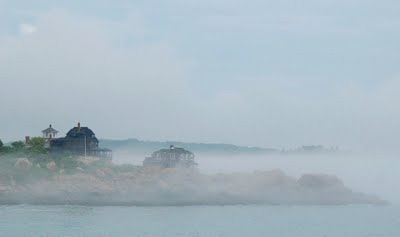 I have decided, I take to many things for granted!  Namely, my ability to connect to spirit or the clarity of a landscape to allow such communication with ease.  Of course, I didn’t realize any of this until yesterday when I tried to do my readings for the day.  I have not heard or connected to a thing since landing in Bristol, Virginia on Wednesday evening.  I assumed I was just road weary and that fact that my limbs were swollen like sausages, that I just needed time to recoup my energy and deflate. END_OF_DOCUMENT_TOKEN_TO_BE_REPLACED

The culling of the economic unwashed is about to begin

Tonight, “V, The Guerrilla Economist” will be back, this time taking us deeper into the labyrinth of lies that is our global economic system.

By The Hagmann & Hagmann Report

24 May 2013: Whatever doubts we thought we had about the validity and urgency of the information provided by a financial insider known only as “V,” also dubbed the Guerrilla Economist™, subsided within days of his initial broadcast on The Hagmann & Hagmann Report on January 11, 2013. Our guest told the listening audience what to look for and where to look as the U.S. economy is under attack. His economic predictions were uncannily accurate, becoming headlines just days and weeks after his initial appearance. He appeared as a guest a few more times, each time his economic concerns seemed to be building in their urgency. A murmur began to build in the financial sector after each of his appearances, with many economists taking notice of his revelations. END_OF_DOCUMENT_TOKEN_TO_BE_REPLACED

Tagged 2013, 24 May, Disclosure, Earth, news, spiritual, Spiritual evolution, The Culling Of The Economic Unwashed Is About To Begin, World

Huge Earthquake 5.7 Plus 20 Aftershocks From Susanville, Felt RIGHT NOW IN SACRAMENTO CALIFORNIA HUGE (23th May) – 24 May 2013

THIS IS A HUGE SHOCKER A HUGE JOLT

A 5.7 PLUS magnitude quake struck Plumas County and reverberated throughout California this evening.  Per KCRA-TV in Sacramento TWENTY and still counting aftershocks followed.

KCRA-TV in Sacramento also reported that the Plumas County MASSIVE ROLLING WAVE LIKE EARTHQUAKE was felt in downtown Sacramento, about 145 miles south of the epicenter. END_OF_DOCUMENT_TOKEN_TO_BE_REPLACED

Comments Off on Huge Earthquake 5.7 Plus 20 Aftershocks From Susanville, Felt RIGHT NOW IN SACRAMENTO CALIFORNIA HUGE (23th May) – 24 May 2013

Posted on May 24, 2013 by lucas2012infos | Comments Off on MassPrivateI – Big Brother Wants To Create A Backdoor Into Your Online Communications With Calea – 24 May 2013

According to the New York Times, President Obama is “on the verge of backing” a proposal by the FBI to introduce legislation dramatically expanding the reach of the Communications Assistance for Law Enforcement Act, or CALEA. CALEA forces telephone companies to provide backdoors to the government so that it can spy on users after obtaining court approval, and was expanded in 2006 to reach Internet technologies like VoIP. The new proposal reportedly allows the FBI to listen in on any conversation online, regardless of the technology used, by mandating engineers build “backdoors” into communications software.  END_OF_DOCUMENT_TOKEN_TO_BE_REPLACED

Here we accept the invitation of our steadfast and sincere Galactic friends who have been ‘waiting in the wings’ for millennia, to reveal themselves to us and gently guide us through the next phase of our evolution as human BE’ings.
Come visit the Friends in ‘High’ Places section of the site to play and join in the conversation. END_OF_DOCUMENT_TOKEN_TO_BE_REPLACED