There is so much happening at this moment in our creative processes, I am not even sure where to start with this sharing.  I suppose I will start with the visual that keeps repeating in front of me as I struggle to open this paragraph of sharing.  It could very well be a clip from the movie “The Butterfly Effect,”  where the young man is looking at his writings from his past and suddenly the screen shakes and he is transported back into that time line.   However, what I am seeing and understanding has nothing to do with time jumping, it has everything to do with the emerging creation that we are constantly within. END_OF_DOCUMENT_TOKEN_TO_BE_REPLACED

Readers may be interested in the Full Text of Obama’s War-Mongering Speech on Syria.

I can sum up Obama’s speech in two words “Flip Flop”.

Obama backed down from his John Wayne McCain guns-a-blazing approach to a  fake-diplomatic stance “I have, therefore, asked the leaders of Congress to postpone a vote to authorize the use of force while we pursue this diplomatic path.”

Mish Translation “God damn it! I don’t have the votes” END_OF_DOCUMENT_TOKEN_TO_BE_REPLACED

Today is a great day not only in Australian history, but also in world history. It marks the day when people of character and sensibility pushed back against an overwrought and pointless green agenda, and pushed back in a big way. They’ve had enough, and they’ve scraped the Krudd off their shoes and are moving forward.

Tony Abbott has won the Australian election in a landslide, and vows to abolish the carbon tax as a first order of business. Abbott has declared Australia is “once more open for business” in claiming victory in Saturday’s election. END_OF_DOCUMENT_TOKEN_TO_BE_REPLACED 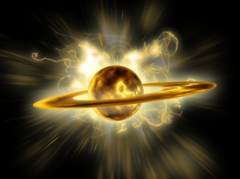 I feel things boiling and coming to a point of exploding on many fronts. The beat of the background music is picking up tempo and the energy is crackling through the universe. I am sure many out there are sensing this as well. Everything that has been locked away from our knowledge and awareness can no longer be held back, the dam is about to burst open and change is about to explode outward tearing apart the old world and leaving it in ruins. Secrets and lies can remain hidden just so long and their time has come. We have come and we are pushing mightily against the seams in our quest to break free. The urge and surge are so great it can no longer be contained. The impatience is growing again and each time it does so just a little bit greater and with more urgency. I think we are staring down our final push in our birthing process. END_OF_DOCUMENT_TOKEN_TO_BE_REPLACED

Comments Off on Visionkeeper – Snap…Crakle…Pop! – 11 September 2013

Once again I am observing from my galactic observation post how things are unfolding. Changes have taken place  in absolute form . The will of the people and the power of their human awakened parts has been an off the meter experience. If that experience was induced or not does not matter anymore. The ones you call the PTW or ‘powers that were’ have been really shown their time is up and the show is over. You have to know that all is played on several levels like a multidimensional chess game. The top has been notified that the game is over and the hierarchical structure is no more, period.  The expressed anger and disappointment and disillusion of the role that is not anymore is what now is shown. It is so to say not easy to play if there is no play anymore. It is now about coming to grips with that outcome. That will lead to concluding unity talks to get the best for all solution (without duality) happening. END_OF_DOCUMENT_TOKEN_TO_BE_REPLACED

Dratzo! We come bearing good news! Those working diligently to bring change to this reality have finished their special tasks, so that now a new epoch stands ready to manifest. A brilliant and abundant world is about to be created for all humanity! There is but a very brief time remaining before all this takes shape in front of you. As you look around, you perceive a world that appears to be on the brink of new levels of violence, with a monetary system that continues to keep most of you toiling unremittingly in an effort to escape the alternative: lives of hardscrabble poverty. All the while you also perceive the arrogant few who enjoy lifestyles of prosperity, glamor, and power. This dichotomy is now to cease. The sphere of humanity’s basic well-being is to be leveled out by a new financial system which will put an end to such inequality. A state of worldwide prosperity will prepare the ground for a planet whose societies will be redirected and revamped by the divine works of your Ascended Masters, aided by the immense resources of Agartha (Inner Earth) and the magnificent technology and sacred goals of Heaven. The times are changing!
END_OF_DOCUMENT_TOKEN_TO_BE_REPLACED

John Ward – Analysis : Why The Germans Will Vote To Stay At The Centre Of Europe – 11 September 2013

….and their heroine Angela Merkel may be marching them away from it within two years

All Quiet on the Election Front: Merkel’s CDU is plodding tediously to  victory, but the Germans will regret this sooner than they realise.

There’s an eerie feeling of Phoney War around the EU and US markets at the moment, and by far the biggest factor (I suspect) is the German election. The German media in turn seem largely uninterested in the Election itself, regarding yhe entire event as pretty much a foregone conclusion. Over the last few months, it’s probably fair to say that Peer Steinbruck (leader of the Opposition SPD) has done an excellent job of making himself a credible alternative to Angela Merkel – should she ever stumble. But at the moment, she shows little sign of doing so. Although Steinbruck won the TV debate hands down, the polls later showed her still way out ahead on most dimensions. On absolute voter intentions, her CDU has 39% to the SPD’s 28%. END_OF_DOCUMENT_TOKEN_TO_BE_REPLACED

Comments Off on John Ward – Analysis : Why The Germans Will Vote To Stay At The Centre Of Europe – 11 September 2013

Tagged 11 September, 2013, Analysis : Why The Germans Will Vote To Stay At The Centre Of Europe, Disclosure, Earth, John Ward, spiritual, Spiritual evolution, World

(Lucas : the saying power corrupts is true and the study below also make clear that is does.)

All things considered, this makes a whole lot of sense, now doesn’t it? ~BK

Researchers have some new insights into how power diminishes a person’s capacity for empathy. According to scientists, a sense of power shuts down a part of the brain that helps us connect with others. END_OF_DOCUMENT_TOKEN_TO_BE_REPLACED

Disclosure – The History Of Banking By Ernest Rauthschild – 11 September 2013

Spread it far and wide and see the document and slides with it. It is an eye opener! But need to mention also not all is completely true so it gives a good overview. Just read and discern yourselves still!)