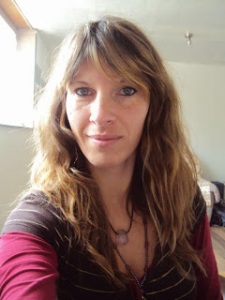 Earth shall shift anyway and by doing so the boundaries and the shackles are being blasted away into the infinity of love. It shall all be embraced by the Presence of the infinite Love and being, the pure consciousness that abides in all of you. The Council of Light abides in each and everyone of thy selves and nurtures the soul of the heart and the Spirit of thy being.
Humanity will now be brought to a point where it shall be reflected in all it is in this collective. One by one, boundaries and self made structures that are based and build on absurd rules and inflictions that does not make the consciousness aware of who you truly are, but nevertheless does show you what you are not, which is the mind in these lifetimes where you thought that the mind is you. END_OF_DOCUMENT_TOKEN_TO_BE_REPLACED

By American Kabuki January 2, 2014
They have a saying in Morocco, “Morocco was the first nation to recognize America when it became a nation. America promised to return the favor…and Morocco is still waiting.” A lot of truth in that. Morocco regained its independence from France in 1955, yet it remains largely forgotten by America. For a country as friendly as it is to the USA it doesn’t get a lot of American visitors. Moroccans are naturally friendly to Americans, but they don’t often see them here. END_OF_DOCUMENT_TOKEN_TO_BE_REPLACED

The force with which you live your life very much imitates the depth of feeling held regarding liberation.  Those who consider themselves to be tightly shackled will not move around much – either figuratively or physically.  They will tend to conform – only going places in their minds and with their bodies that are “allowed” or “suggested” by the ones doing the shackling. END_OF_DOCUMENT_TOKEN_TO_BE_REPLACED

Posted on January 2, 2014 by lucas2012infos | Comments Off on John Ward – There Now Follows A Party Political Broadcast On Behalf Of The English Cannibal Party – 2 January 2014

Good evening. My name is Sir Crampton Budleigh-Salterton, and I am the Chairman of the English Cannibal Party.

I want to talk to you tonight, not about the cardboard cut-out misrepresentation of the ECP you will have seen on your television screens over the years, but rather of the Party I am proud to lead. A Party with a 468 year history of traditionalism that began as the Melanesian Cannibal & Headhunting Front. But we have come a very long way since then – 8921 miles to be precise – and the ECP I want you to vote for in 2015 is a lot more than a one-issue Party. END_OF_DOCUMENT_TOKEN_TO_BE_REPLACED

Throughout the spiritual circles, it’s constantly expressed that we’re God; Source; the Creator of all that is, existing in individualized human bodies. END_OF_DOCUMENT_TOKEN_TO_BE_REPLACED

(NaturalNews) Well, it’s not much of a “win” for Obamacare, and it’s certainly not a victory for Oregon taxpayers.

According to the Washington Examiner, the state’s healthcare exchange was once touted as a model for President Obama’s signature piece of legislation. But after signing up only 44 people throughout the month of November – at a cost of about $300 million – if that is “success,” then maybe Oregonians don’t want to know what failure looks like (or costs).

As reported by the online news site: END_OF_DOCUMENT_TOKEN_TO_BE_REPLACED

Masters, will you give us an overall set of predictions for this coming year that would include world-wide weather conditions, earth movements, ocean currents, anything that will be impacting human habitation on this planet?

MASTERS: “You are all aware of the immense changes that are now taking place on your world, and it has been a difficult year for all. This coming year will be no exception as the frequencies in your solar system are being caused by other systems colliding and “pushing” against each other in your universe. END_OF_DOCUMENT_TOKEN_TO_BE_REPLACED

Alright. 2014 what an interesting year! I always give a theme for the year in my quarterly forecast which is available “2014 1st Quarter Forecast”. The term for 2014 I’ve put in “Revelations and Transparency”. It’s going to be very interesting in terms of how that plays out and especially so in large institutions, financial organizations, maybe even military around the globe. Just be very, very interesting. END_OF_DOCUMENT_TOKEN_TO_BE_REPLACED

Two teams of scientists using NASA’s Hubble Space Telescope have discovered thick cloud layers in the atmospheres of two nearby exoplanets: a “warm Neptune” and a super-Earth. The study could help to identify potentially habitable Earth-like planets.

The two planets are among the closest to our solar system found so far, Sciencerecorder.com reported.

The “warm Neptune”, classified as GJ 436b, is 36 light years from Earth in the constellation Leo. A bit larger than our own Neptune, it orbits much closer to its host star. And unlike the icy temperatures on the solar system’s Neptune, GJ 436b’s surface temperature is blazing hot – more than 500 degrees Celsius.

The super-Earth, named GJ 1214b, has a radius 2.7 times that of Earth and is around 40 light years away in the constellation Ophiuchus.

Super-Earths are planets with masses between that of Earth and Neptune. Because such planets aren’t found in our solar system, their physical characteristics are still largely a mystery.

Read the whole story at: www.rt.com/ link to original article

Occupy.com – Inside the Corporatocracy: The 2013 Money-In-Politics Index

Posted on January 2, 2014 by lucas2012infos | Comments Off on Occupy.com – Inside the Corporatocracy: The 2013 Money-In-Politics Index

By Michael Beckel
This article originally appeared on The Center for Public Integrity – See more at: http://www.occupy.com/article/inside-corporatocracy-2013-money-politics-index#sthash.lpCirWAU.dpuf

Number of bills passed by Congress this year that have been signed into law: 58

Read the whole article at:  www.occupy.com/ link to original article

Comments Off on Occupy.com – Inside the Corporatocracy: The 2013 Money-In-Politics Index