Today is the 25th Anniversary of the Harmonic Convergence. Wow! What a passage of time and change! When I reflect back on what I was doing then I see everything in my life changed within a few years of 1987. Is this true for you too? END_OF_DOCUMENT_TOKEN_TO_BE_REPLACED

This is a very potent time period, especially so this week. We see a lot of accelerated anger coming out of fear and I am going to suggest tapping points.

Plenty of YouTube videos and such that you can go and find either “TFT” for “Thought Field Therapy” or “EFT” for “Emotional Freedom Technique”. You might even just type in “faster tapping” or “faster EFT” and find a few that you relate to. END_OF_DOCUMENT_TOKEN_TO_BE_REPLACED

John Ward – Greek Crisis : Why Antonis Samaras Will Not Be Going Into Batlle Unarmed Next Week – 16 August 2012

The Greek Prime Minister has some good cards close to his chest, according to Slog sources

You can hardly blame many EU commentators for having found The Slog’s ‘bondholder haircut and debt forgiveness’ Greek story from last weekend far-fetched. But an increasingly wide range of observers have since emailed me to say they’re convinced that the story is well-founded. Now more clues are emerging….and again, they relate to three consistent themes in The Slog’s approach to the Greek crisis: Samaras is being (with his Finance Minister) increasingly secretive towards his Coalition partners; the geopolitical dimension remains as important as ever; and the Germans are not going to budge: either the Greeks toe the line, or they’re out. (And if Berlin’s will doesn’t prevail, they’re off). END_OF_DOCUMENT_TOKEN_TO_BE_REPLACED

Comments Off on John Ward – Greek Crisis : Why Antonis Samaras Will Not Be Going Into Batlle Unarmed Next Week – 16 August 2012

The Biotech Goliath Roars: Monsanto’s Gang Dumps $25 Million Into NO On 37 Campaign To Label GMOs – 16 August 2012

Yesterday it was revealed that the biotech industry and Big Ag have already dumped $25 million – $4.2 million from chemical and seed giant Monsanto alone – into the campaign to defeat Proposition 37 in California, the November 6 citizens ballot initiative that will require genetically engineered foods to be labeled and put an end to the deceptive industry practice of marketing GMO-tainted foods as “natural” or “all natural.” END_OF_DOCUMENT_TOKEN_TO_BE_REPLACED

Posted on August 16, 2012 by lucas2012infos | Comments Off on Wes Annac – The Hathors Of Earths Solar Astral Planes: Lightworker Efforts, Hosting Life In The Higher Realms And Manifesting Metaphysical Miracles – 16 August 2012

Uprooting and a resulting enlightenment have been the theme of the journeys of many for quite a while as of late, as you have all been going through final lessons along your Life paths which you have planned out for yourselves to experience before the beginning of the manifestation of the Light energies that we have been working to funnel down to you and your world. You have been absorbing these Crystal energies for some time and only now are you beginning to find yourselves noticing the very real effects from these recent upgrades in energy. END_OF_DOCUMENT_TOKEN_TO_BE_REPLACED

The message is ready to be sent with the following file or link attachments:

Posted on August 16, 2012 by lucas2012infos | Comments Off on US Hypersonic Aircraft Crashes Seconds Into Military Test Flight! – 16 August 2012

* Goal to be able to get missiles anywhere in an hour

LOS ANGELES, Aug 15 (Reuters) – An unmanned experimental aircraft designed to fly six times the speed of sound broke apart over the Pacific Ocean seconds into a military test flight due to a faulty control fin, the U.S. Air Force said on Wednesday. END_OF_DOCUMENT_TOKEN_TO_BE_REPLACED

Comments Off on US Hypersonic Aircraft Crashes Seconds Into Military Test Flight! – 16 August 2012 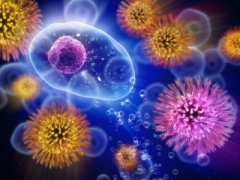 There are so many things I want to share that it is really hard to even begin!  I think I want to open this up by sharing the energy and excitement of the Guardians and how much everyone and everything has changed!

There was a time when life was very new, very very young on this planet.  A hand full of Light Bodies arrived on earth and stayed.  At least, a part of their pure energy stayed here to always be a part of earth.  The part of earth that is Love made manifest. END_OF_DOCUMENT_TOKEN_TO_BE_REPLACED

(Lucas : Maybe they should look into Iceland’s handling of things. Getting away from the old and starting new with incredible results.)

German Chancellor Angela Merkel renewed her call for austerity as crucial to tackling financial turmoil in the euro area, praising Canada’s economic example as she returned to the crisis fight after her summer vacation. END_OF_DOCUMENT_TOKEN_TO_BE_REPLACED