Hello, my dear sweet beautiful Beings of Light. And so rightly addressed. For you are all taking on such a beautiful hue and radiance not seen ever. The recent downloads of light and energy, still continuing, have blessed you all with such an increase of radiance and luminance that it is difficult to quantify on any present scale of definition. END_OF_DOCUMENT_TOKEN_TO_BE_REPLACED

Posted on April 29, 2014 by lucas2012infos | Comments Off on James Corbett – The Corbett Report – Pacts, Procurements And Pipelines – The Asia-Pacific Perspective – 29 April 2014

Welcome back to The Asia-Pacific Perspective, that monthly show where James Corbett of corbettreport.com and Broc West of apperspective.net break down all the latest news and headlines from the Asia-Pacific region. In this month’s conversation:

Comments Off on James Corbett – The Corbett Report – Pacts, Procurements And Pipelines – The Asia-Pacific Perspective – 29 April 2014

The G-8 may be no more as the G-7 throws every possible case of harsh language known to man at the Kremlin, which obstinately refuses to back down, while re-escalating sanctions against a Russia which merely has done what the US does every single time its national interest abroad is threatened, but one thing is becoming ever clearer: while the west isolates Russia with ever stricter measures, Russia has decided to make some new friends.

Wes Annac – Spiritual Guidance: The Greatest Perceputal Miracles Have Yet To Grace You – 29 April 2014 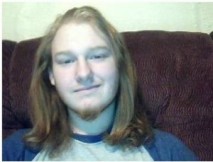 Love is everything, dearest seekers.

Feel this – know it in the very core of your being. You are love incarnate, and nothing can take this away from you. You’re divine souls with the potential to do and be anything you desire, but your belief in limitation has made it difficult for many of you to break out of your shells and express the sacred love you are at your core; at your essence. END_OF_DOCUMENT_TOKEN_TO_BE_REPLACED

Comments Off on Wes Annac – Spiritual Guidance: The Greatest Perceputal Miracles Have Yet To Grace You – 29 April 2014 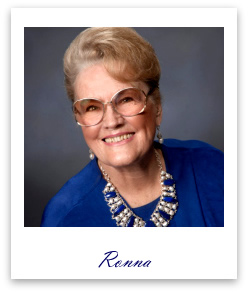 Beloved masters, we will continue our review and expansion on some of the most important techniques and information we have given you over the past twenty-two years. It is time to release, transmute or upgrade many of the old restricting thought forms and structures that you have accepted as your personal reality. If you will spend some time in meditation and contemplation, reviewing the structures you have created in your third/fourth-dimensional reality, which include mental, emotional, physical and even some spiritual restrictions, you will quickly determine that it is time to release many of the ties that bind you so that you may move quickly and gracefully into the expanding, empowering world of the future. END_OF_DOCUMENT_TOKEN_TO_BE_REPLACED

When it comes to expressing democratic opinion, one can wait for one’s corrupt congressional critter to do something, which will never happen if that something is against the will of the largest lobbying client, or one can take matters into their own hands. The latter is what disgruntled Libyans did moments ago.

The American people are now overwhelmingly opposed to more war in Ukraine, Syria, Iran and elsewhere.

Those who get rich from war (the military-industrial complexers and big banks) and their lackeys are desperate to reverse this trend.

As such, they are resorting to more and more outlandish justifications for war.

For example, Ian Morris has written an entire book arguing that war is the best thing ever, the only thing which has lifted us out of poverty and barbarianism. And – yes – he even says that war brings peace.

Comments Off on ZeroHedge – American Public Turns Anti-War … Warmongers Desperately Reply, “But War Is GOOD For Us!” – 29 April 2014