Good Day Sophia and Everyone! Happy Easter to You – the Celebration of Birth and Rebirth/Reincarnation! This is not a christian-only Celebration, it was celebrated since ancient times, this is a time when children are being “made”. This is when Great Circle – Circle of Life begins!

Sunday was an Easter, it was an influx of a lot of great feelings during this date! Notice that Easter was both catholic and orthodox, this is quite rare when two churches have aligned Easter on one date, plus Blood Moon was aligned with one of the jewish tradition’s feasts
Click here. END_OF_DOCUMENT_TOKEN_TO_BE_REPLACED 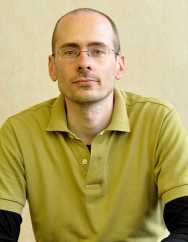 This month on Film, Literature and the New World Order James teams up with James Evan Pilato of MediaMonarchy.com to dissect the man, the myth and the legend of Citizen Kane. From the brilliance of the film’s production to an examination of the Hearst/Kane/Welles parallels to a discussion about art attacking power, this wide-ranging podcast covers it all.

For those with limited bandwidth, CLICK HERE to download a smaller, lower file size version of this episode. END_OF_DOCUMENT_TOKEN_TO_BE_REPLACED

The Ukrainian authorities seek to escalate conflict with Russia so as to call for the support of the West, NATO and the EU, while Right Sector plays the role of the illegal infantry of the Kiev government, journalist Manuel Ochsenreiter told RT.

RT: Do you think the shoot-out in Slavyansk on the weekend indicates the interim authorities in Kiev are losing control?

Manuel Ochsenreiter: No, this would be the most Kiev-friendly explanation of the incident of Saturday night. What we witness now is just one of a countless series of provocations which take place by Kiev. Kiev really desperately tries to get into a bigger conflict with Russia. The background of this is very easy – to call for the support of the West, to call for the support of NATO as well as of the EU. So I don’t think that this incident is a sign of losing control. Maybe Kiev would like it to look like that, but in reality this is just an organized provocation against the people of eastern Ukraine who desperately want to have a federation or even to become officially Russian, and against of course Russia to get more support from the West.

A leftist lawmaker has prepared an amendment reiterating the right of citizens and organizations to record police officers’ actions on video, in order to introduce more openness and transparency.

The Russian Constitution already has a norm guaranteeing all citizens the right to free search, obtaining, transfer, production and distribution of information. Technically, records of police officers’ actions fall under this rule. However, law enforcers sometimes oppose attempts to capture their actions on video, quoting the laws on personal data and even the regulations concerning state secrets.

Oleg Mikheyev of the Fair Russia party holds that such incidents could be prevented once the law on police is amended with the description of documenting procedures, including audio and video recording. He noted that the law on police was chosen because this is the primary act used by police in their work and once it is altered there would be no misunderstandings.

Comments Off on Russia: ‘Enshrine Right To Videotape Police Into Law’ – MP – 21 April 2014

Guess what happens when marijuana is legalized? Not only do you not have to steal it, but it also makes your state tons of cash while dropping crime rates in every conceivable fashion. At least that’s what some stats are showing. Even though many Denver city officials, including Mayor Michael Hancock, fought pot legalization tooth and nail saying it would cause increases in petty crimes and even sexual assault, just three months after Colorado voters helped pass the legalization of marijuana, Denver is enjoying a 14.6% decrease in crime from the same time last year.

Read the full story at: www.naturalsociety.com / link to original article

US Lawmakers Call On Sanctions Against Gazprom, Russian Banks – 21 April 2014

Washington is inching closer to imposing a tighter financial grip on Russia. The next round of sanctions could target more banks and the heart of the Russian economy – the energy sector. In sights is Gazprom, Russia’s largest natural gas producer.

Two members of the US Senate Committee on Foreign Relations on Sunday called for more stringent business-aimed sanctions against Russia, as tension in Ukraine continues to test diplomacy between Washington and Moscow.

US Senator Bob Corker (R-Tennessee), said the US should apply pressure on Gazprom and other lucrative financial arms of the state if Russia doesn’t withdraw troops from the Ukrainian border.

Comments Off on US Lawmakers Call On Sanctions Against Gazprom, Russian Banks – 21 April 2014

Author: Currently a Research Associate at the INSYTE Group, Dr. Roslyn Fuller has previously lectured at Trinity College and the National University of Ireland. She tweets at @roslynfuller

Once upon a time, when knickerbockers were the rage and a gentleman could not sally forth without a fashionable white wig perched upon his natural locks, something truly remarkable happened.

The leaders in 13 British colonies below the St. Lawrence Seaway decided that they’d had enough of British rule and that they were going to form their own government. And not only that – their new country was going to be so big and so rich that it would one day put Britain in the shade. But that wasn’t going to happen without central organization.

Not everyone was enamored of this plan – many of the local farmers liked to keep things more grassroots. They penned castigating letters to newspaper editors, complaining that they had left Europe for a reason and were quite satisfied with local government the way it was. Considering these differences, the people in the 13 States (so recently colonies) called a convention to sort it all out. And at that fateful convention those who favored a big country and central government stole a march on their opponents, drafted a Constitution and pushed it through at State level tout suite in circumstances that are still controversial.

Comments Off on US Constitutional Convention: Power To People Or Right-Wing Battle Tactic? – 21 April 2014

Vast deposits of natural gas have driven a drilling boom stretching across 32 states.

The primary way of extracting the natural gas, known as hydraulic fracking, has been considered safe since a 2004 study by the Environmental Protection Agency found that it posed no risk to drinking water.

Read the full story at: www.businessinsider.com / link to original article

Lavrov: US Should Face Responsibility For Powers It Installed In Kiev – 21 April 2014

The Russian Foreign Minister says the US should take responsibility for those whom they put in power instead issuing ultimatums to Moscow.

“Before giving us ultimatums, demanding that we fulfill demands within two or three days with the threat of sanctions, we would urgently call on our American partners to fully accept responsibility for those who they brought to power,” said Lavrov during a press conference with his colleague from Mozambique, Oldemiro Baloi.

All attempts to isolate Russia will lead to a dead end because Russia is “a big, independent power that knows what it wants,” he added

Comments Off on Lavrov: US Should Face Responsibility For Powers It Installed In Kiev – 21 April 2014

Thousands of people have flooded the streets of Canadian cities in a protest calling for the legalization of marijuana. The rally has been inspired by government promises as well as the easing of cannabis policy in Uruguay and some US states.

The rallies, dubbed ‘420’ after the annual day of celebrating cannabis culture – April 20 – were held in the Canadian capital, Ottawa, as well as in the country’s biggest cities of Toronto, Ottawa, Winnipeg, Calgary and Halifax, reported Canadian press.

Ottawa demonstrators have gathered in the lawn on Parliament Hill under the Peace Tower next to the parliamentary building. The protesters were playing music, openly smoking pot, and holding Canadian flags with a cannabis leaf on it instead of a maple leaf. According to local police, the rally gathered at least 2,000 people.

Comments Off on 4:20pm Sharp: Thousands Rally Across Canada To Legalize Cannabis – 21 April 2014