Uploaded on 2 April 2014 by Tom Lescher If my life is full of drama, Shocks, surprises or emotional trauma,
I know I’ve avoided, denied or suppressed,An Inner Truth I must now express.
It is quite natural and normal to be feeling like you have been electrocuted and your kundalini is rising to the point of making you ready to explode these days! We are all getting tuned up by the grand musician who is tightening us like guitar strings before a magnificent performance. Try not to get to carried away by these strong currents of energy, but calmly and with inner power, see the opportunities to REALLY BE YOU! Finally, it is time! With love we unite to make the future collectively liberated……. injoy! Music by http://ghostlights.ca/

Comments Off on Tom Lescher – Astrology Forecast For 2 April 2014

Posted on April 2, 2014 by lucas2012infos | Comments Off on Supreme Court Strikes Down Limits On Overall Campaign Contributions – 2 April 2014

A 5-4 split decision handed down Wednesday morning by the Supreme Court of the United States has invalidated a long-standing law that limited the overall amount of money US citizens can contribute to political campaigns each election cycle.

The landmark ruling in the case of McCutcheon v. Federal Election Commission will not directly impact a law that currently keeps Americans from legally being able to contribute more than $2,600 apiece to individual candidates running for federal office each two-year period. It does, however, erase a so-called “aggregate cap” of $123,200 that up until now prevented people from contributing a combined total of more than $48,600 to the candidates of their choice and $74,000 on parties and Political Action Committees, or PACS, each cycle.

The Twitter ban imposed by Turkey’s government violates freedom of expression and individual rights, said the country’s Constitutional Court after a unanimous vote on Wednesday. The ban caused mass protests and public uproar.

The Court unanimously ruled the embargo is a violation of free speech guaranteed by Article 26 of the Constitution. According to the Hurriyet Daily, an order to lift the ban has been issued.

“If they don’t abide by the ruling, we will file a criminal complaint against the [country’s telecom authority] TIB by attaching the ruling of the Constitutional Court,” said Metin Feyzioğlu, the president of Turkey’s Bar Associations, as cited by Hurriyet.

Many critics and analysts in the Indian subcontinent maintain that while India so far has conserved a nonpartisan and balanced standpoint, it certainly is ‘tacitly’ with its old ally, Russia.

As majority of the 193 nations on March 27, 2014, took the Western side during voting of the UN general assembly resolution declaring Russia’s annexation of Crimea as illegal, a massive 58 countries choose to abstain from the process, an act the leading Indian daily, The Times of India terms as the new UN equivalent of staying “non-aligned”. And the big BRICS guys including India, China and Brazil were very much part of this neo “non-aligned” stance.

India as part of the BRICS countries has declared in a joint statement that it does not believe sanctions and counter-sanctions to be the appropriate response to the Crimean issue and that a political dialogue is the best answer.

This is an absolutely exciting and I think, equally, unnerving time in our collective lives.  In front of us, we have an unlimited blank canvas in which we can create and recreate as often as we desire.  Other than our own minds, we have nothing standing in our way of creation, of manifesting our desires.  The unnerving part, is unless we lean into something, anything, with desire, our life remains a blank canvas. END_OF_DOCUMENT_TOKEN_TO_BE_REPLACED

AdaptingToGrace – Eileen Meyer – The Shift is Done. Are You Still Feeling Loopy? – 2 April 2014 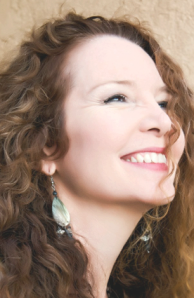 I had a series of dreams a few nights ago that clearly validated what I’ve been sensing for awhile – what people have been referring to as THE SHIFT… well it HAS DONE SHIFTED. Oh the energies will continue to increase, and all that is false in our outer world will continue to crumble, but basically all that remains is our recognition, adaptation, and acclimation to the sheer power and beauty of what is real and natural – the truth of who we are. I laughed upon awakening from one of the dreams. Over my lifetime a lot of people have considered me to be the “loopy” one of the bunch. After you read this post you may see the irony along with me. In fact, the ones who made fun of me – with what I saw and sensed beyond the limited, and repetitive definitions of life on earth – were actually the ”loopy” ones. END_OF_DOCUMENT_TOKEN_TO_BE_REPLACED

Comments Off on AdaptingToGrace – Eileen Meyer – The Shift is Done. Are You Still Feeling Loopy? – 2 April 2014 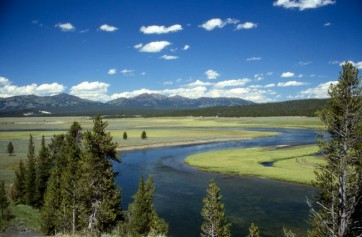 A sleeping supervolcano shook up Yellowstone National Park early this morning at 6:34 a.m. and registered a 4.8 magnitude earthquake, but geologists say the shake up should be of no concern. The tremor rattled the border between Wyoming and Nevada, nearly in the center of the historic park, near the Norris Geyser Basin. The last earthquake of this magnitude occurred thirty years ago in 1985.

Read the full story at: www.politicalvelcraft.org/ link to original article

OAO Gazprom (GAZP) said Ukraine is losing its right to pay less because it has piled up a debt of more than $1.7 billion since 2013. Ousted President Viktor Yanukovych won a lower price at the end of last year as he grappled with protests after ditching an association agreement with the European Union, on top of a previous discount in April 2010. That may also be overturned, according to Russia’s government.

The move raises the prospect that state-run Gazprom may threaten to halt sales to Ukraine, which relies on Russia for about half its gas.

Notice how talk of sanctions is winding down. They didn’t work and won’t work. Russia has the upper hand. 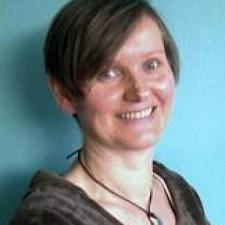 Time is indeed speeding up once again, as as things seem to become more and more blurry because of the speed of interaction between you and these incoming energies, you will all at times be hard pressed to see anything ahead. And rightly so, for this is not the time to look ahead, this is simply a time to just be within that minuscule, but ever expanding little sphere known as the NOW. For this is where you reside at all times, but for some reason, it is a time in space that mankind seem to have overlooked for such a long time, and so, you choose instead to linger in the past or skip ahead to a place you think of as the future. Well, when you do this, you are simply narrowing down the whole bandwidth of opportunities and potential you have at your disposal, and as you single out one of this multitude of possible scenarios that may or may not play out in the time ahead, you also close up other and more beckoning doors that are also there, ready and waiting for you if you so choose. END_OF_DOCUMENT_TOKEN_TO_BE_REPLACED

END_OF_DOCUMENT_TOKEN_TO_BE_REPLACED

Comments Off on ZeroHedge – Frontrunning – 2 April 2014