Welcome to http://NewWorldNextWeek.com – the video series from Corbett Report and Media Monarchy that covers some of the most important developments in open source intelligence news. This week: END_OF_DOCUMENT_TOKEN_TO_BE_REPLACED

Throughout your history you have trained and hoped for this moment, the time of ultimate Love and Awakening. Well, my dears, you have turned the corner and the floodgates are opening and nothing can stop the torrent of Love-Rain coming down and around and flowing within. For you are the essence of Love and what else would be your outcome?? END_OF_DOCUMENT_TOKEN_TO_BE_REPLACED

Media legend Rupert ‘F**k the Poms’ Murdoch was last night said by inner Newscorp circle sources to be “stricken” after the break-up of his marriage to Wendi Deng.

Alright dear ones. Today I want to talk about how to use “I AM” as a statement that goes very, very deep into the consciousness.

“I AM” is really a declaration of Creation speaking the words of God “I AM” and kind of declaring silently all that is or all of Creation or God’s creative consciousness. END_OF_DOCUMENT_TOKEN_TO_BE_REPLACED

Gillian MacBeth-Louthan – The Soul Is Destined To Expand – Re-Creating, Re-Defining Your Lineage Of Light – 13 June 2013

During this time of cleansng and purification when all are stripped down to their bare essentials, it is important to remember that there is a light that seeks you, as much as you seek it. The feeling of drowning is real as you learn to swim in deeper waters inter-dimensionally.   The dross is consumed by the phoenix as it flies thru the fires over and over again seeking rebirth seeking anu. Hold tight to whatever is your personal blessing, as it will keep you afloat until the tides turn. Distraction of energy and pending disasters keep you busy seeming to abandon your post and commitment to Source.  Running about and amuck, like the mad hatter, we enter the many rabbit holes of change.  Meeting your mark is not necessarily a date with destiny. what you marked with desired attention is as varied as apples in an orchard, each mark will taste a little different. From see to shining sea the water level changes as the world enters the month of liquid learnings. END_OF_DOCUMENT_TOKEN_TO_BE_REPLACED

Comments Off on Gillian MacBeth-Louthan – The Soul Is Destined To Expand – Re-Creating, Re-Defining Your Lineage Of Light – 13 June 2013

I express my deepest gratitude for this opportunity to step forward through my beloved Portia. Although the both of us are loving Twin Flames, each of your hearts is mine and Portia’s also, just as both our hearts are yours. We all form one huge consciousness and one web of creation which implies that we all are part of the big Cosmic Source of Love and Being.

I feel enclined to express my energy and love today through the much talked about topics of Love and Twin Flames. The unity and the grid of Love are something so wonderful and pure of essence that they represent an exceptional creation which can take on any shapes and aspects it wants, everything is possible. END_OF_DOCUMENT_TOKEN_TO_BE_REPLACED 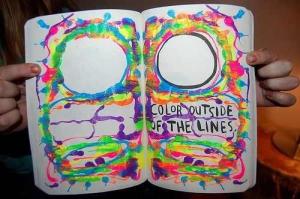 (Picture by http://www.favim.com) Music to read by below:

Yes, the time has come to drop the perfectionism and start coloring outside the lines wildly like a madman.  Ignite your inner creativity and let your freedom spill out before you in any way that pleases you. Be and do whatever comes to mind (within reason of course). We have set so many limitations upon ourselves in everything we do and so has the Government. How can we possibly be who we are meant to be if we are so busy staying inside the lines? Jump the lines and run free, with the wind blowing you about like an autumn leaf. There is the real you inside that is screaming to be released. Throw away the art paper and paint on whatever canvas is before you. Our time to be who we are is at hand, close at hand. You can feel the energy in the air, it has been building for weeks and weeks now. END_OF_DOCUMENT_TOKEN_TO_BE_REPLACED

Stephen Hester: “I’m content with the board’s perspective on this, there is no fight”

Stephen Hester is to step down as chief executive of Royal Bank of Scotland in December after five years in the role.

RBS chairman Sir Philip Hampton said the transition was necessary if RBS was to return to private ownership by the end of 2014, as the Treasury hopes.

Mr Hester will receive 12 months’ pay and benefits worth £1.6m and the potential for £4m in shares.

The search for his successor at the helm of the part-privatised bank will start immediately.

In a statement RBS said an “orderly succession” would allow the new CEO to oversee the re-privatisation of the bank, and lead it “in the years that follow”.

It said Mr Hester “was unable to make that open-ended commitment”.

Read the whole story at :  www.bbc.co.uk  / link to original article

Lisa Gawlas – The Crack In Time And Space Harnesses The Above And Below Energy As One!! – 13 June 2013

What a strange, strange day yesterday was in all aspects of energy world for me.  I finally did a whole days worth of readings the day prior and couldn’t wait to write about it all, that is, until I woke up yesterday and seemed to have zero pulse in my brain.  My phone and internet connection seemed to match my brain frequency too.  My phone wouldn’t hold a charge and even when plugged in, the battery charge was draining not filling.  I forgot that my son doesn’t have internet hooked up at his home (it comes already installed in his tablet) so I had to set my phone to a t-mobile hotspot and use my phones internet to connect, well that was between erratic and non-existent.  I completely missed my first reading appointment yesterday because I couldn’t get the internet flowing and when I did, couldn’t get a strong enough signal to open skype.  Then, as if on cue, my second appointment slept thru her reading appointment and then it was time for class.   Well, strange only got stranger… the moments I was able to keep an internet charge to run skype, skype was doing the strangest things to all of us.   When i got to my last appointment of the day, whatever strangeness was happening to my electronics, happened to my antenna too.  There was zero anything.  Dammit!! END_OF_DOCUMENT_TOKEN_TO_BE_REPLACED

Comments Off on Lisa Gawlas – The Crack In Time And Space Harnesses The Above And Below Energy As One!! – 13 June 2013

Tagged 13 June, 2013, Disclosure, Earth, Lisa Gawlas, news, spiritual, Spiritual evolution, The Crack In Time And Space Harnesses The Above And Below Energy As One!!, World

Dear Focuser of Love, you are being called to your empowerment.  You are being called to Focus your Truth so strongly that you become a dominant vibration in your own life.  To find your Truth, you must look within.  All the wonderful information that flows from others in words of kindness and words of degradation helps you to find your Truth.  You are a unique Being, God in form, informing Life.  Do you feel that wisdom?  You were not created because God was bored and needed worshipers.  You were not created by mistake or mere chemistry.  You are a Divine Being, you see that in All Life around you.  You were created in such deep Love that your Freedom to choose is unconditional from the broader perspective of Life.  Your Truth is as internal as all other perspectives of life.  As you Focus, you are choosing your actions and reactions to life and emanating them strongly.  That is what Focus does, it is a powerful beam of information.  As you are Focusing Truth, you are speaking volumes of quantum information outward into Life.  Life responds.  END_OF_DOCUMENT_TOKEN_TO_BE_REPLACED