Some keep asking “why, if we’re really here… we don’t simply show up and save the world… why, if we are who we claim we are do we allow such things to happen, why, we don’t simply save the world…” Because Humanity’s permission is needed. And untill the magic numer is reached, until HUmanity will accept what happened and face it and stand up for its own freedom… noone can help more than this. We’re close, so much close… just a blink away… and so many have done an amazing job, and so many started doing it, and so many will start doing it Now… for it’s like a wave… it gets bigger and bigger the more everyone understands that it’s the Only Way… share. Share Love. Share Truth. As ONE=ALL=GOD. You are the front line for Love Everywhere Present. You are not looking for prizes… you’re here for Love. END_OF_DOCUMENT_TOKEN_TO_BE_REPLACED

Steve Beckow – In My Opinion: The Three Most Basic Survival Skills In These Quickening Times – 3 April 2012

Posted on April 3, 2012 by lucas2012infos | Comments Off on Steve Beckow – In My Opinion: The Three Most Basic Survival Skills In These Quickening Times – 3 April 2012

Did you ever stand in front of a spinning children’s carousel and wonder what would happen if and when you leapt aboard it? Would you be swept away? Would you lose all ability to think? What capacity would you draw on once you found yourself spinning rapidly? How would you endure the experience without falling off or worse?

Our world is about to become a spinning carousel, according to commentators like SaLuSa. “If we said that the ball is rolling where the changes are concerned, it would be an understatement as it is thundering forward,” he told us on April 2, 2012. END_OF_DOCUMENT_TOKEN_TO_BE_REPLACED

Comments Off on Steve Beckow – In My Opinion: The Three Most Basic Survival Skills In These Quickening Times – 3 April 2012

He took the decision after speaking to close colleagues at BSkyB and News Corporation last week and over the weekend.

Mr Murdoch decided to quit now ahead of what is likely to be a critical report by the Culture, Media and Sport Select Committee at the end of the month into allegations of phone hacking.

Jens Weidmann and the Bundesbank did not ban Greek, Irish and Portuguese bonds as collateral after all. The bank’s spokeswoman mis-spoke, and what she said was misheard. So said the Chancellery in Berlin last night. Herr Winston Schmidt in the Ministrie Kultur explained, “What Herr Weidmann was trying to say was he is a fan of ClubMed bonds, and somehow this appeared as ‘ban’ in several press releases and so people haff ze wrong idea gegotten, typical of careless mass-media. So please stop printing these lies, and then my family can be released.”

Well, we arrived at the year 1984 in Britain yesterday, and so it seems only fair to let the Germans be in the same book.

When everyone is lying and denying, and the populace aren’t paying attention, then it is the end.

The celestial energies right now are highly active, making it the perfect time for us to take action towards creating the reality of our choice. Just like the seasons, the energy all around us and in the ethers also goes through a dormant and/or highly active cycle. As we start our journey of looking inwards, we begin to feel into these cycles of energy. With alignment, comes the natural intuitive ability to know when it’s time for us to pause, and when it’s time for us to take action. Right now, we are entering a time of action. END_OF_DOCUMENT_TOKEN_TO_BE_REPLACED 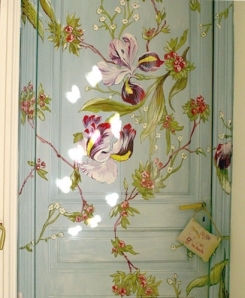 I was answering another blog post yesterday morning where it was being discussed about where we are going next in the ever-increasing data filled world. I said the answer was not in collecting more data but in creativity. I believe our data mining days are over. Data was needed to keep control of everything, to know everything. We are no longer that world or that way of thinking. That is what we are leaving behind as we enter into the new world. There is no longer a need to control or dominate, what will be needed are minds that can think outside the box and create a new way of being in the world. Our minds will have their own capacity to know everything needed, which will be far less than now, as we are coming full circle and heading back to a world of simplicity and caring and meaning. All we will need to know about  is love. END_OF_DOCUMENT_TOKEN_TO_BE_REPLACED

Comments Off on Visionkeeper – Creativity Will Save Us – 3 April 2012

As Matthew Ward told us yesterday: “progress has not come to a standstill” – and in my view he was right.

Heading this progress report is the news that  James Murdoch has quit yet another key post within his father Rupert’s stumbling (and possibly crumbling) global media empire. This time, James has resigned as Chairman of BSkyB (for full story, see separate post).

Meanwhile, four other “progress” stories also caught my eye today. I thought it best to wrap them into this one post. END_OF_DOCUMENT_TOKEN_TO_BE_REPLACED

Before I start this sharing, I want to share something so significant that it really does humble me.  It is so easy to question ourselves within, and trust me, I do too very much.  In the moment of any great experience, I know it as true.  Later, as time and the moment spread apart… the brain kicks in and says… really?  You really think you did something that incredible.  Ahhhh the human! END_OF_DOCUMENT_TOKEN_TO_BE_REPLACED 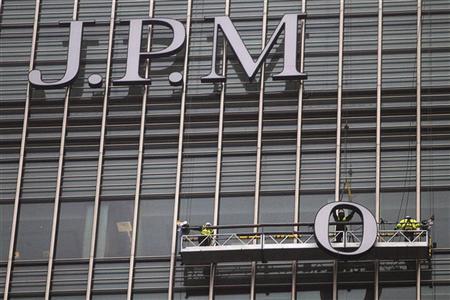 (Reuters) – One of London’s most prominent bankers was fined 450,000 pounds ($720,000) for passing on inside information in a case that will embarrass his employer J.P. Morgan Cazenove and which marks a push by British regulators to target high-profile figures. END_OF_DOCUMENT_TOKEN_TO_BE_REPLACED

Hello there. Me here. I have a question in mind, which I may have asked before. It is to do with all the discrepancies between different channellings and different information that is offered to us. I Know you have said ‘to follow your hearts Truth’ but can you explain why it is that there is such vast differences? Each of the people bringing these messages through seem to be of good intention, and coming from their heart so why is this?  It causes great alarm for many. Can you enlighten us on this matter if you would be so kind? END_OF_DOCUMENT_TOKEN_TO_BE_REPLACED

Comments Off on Blossom Goodchild – 3 April 2012